This really made my day! 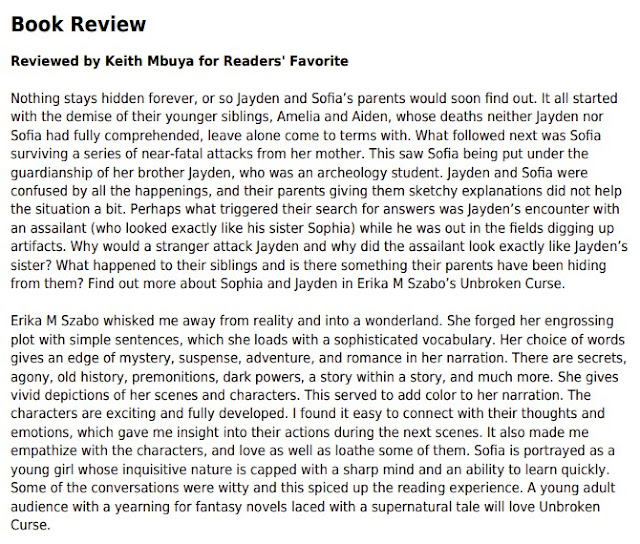 Are You An Author?

Tired of paying a high price for book formatting?

Learn how to format your own eBooks & paperback books. 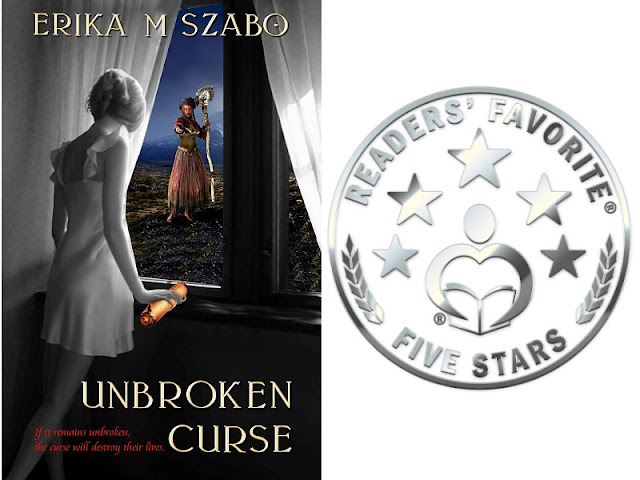 https://books2read.com/Unbroken-Curse-by-Erika-M-Szabo
Reviewed By Keith Mbuya for Readers’ Favorite
Nothing stays hidden forever, or so Jayden and Sofia’s parents would soon find out. It all started with the demise of their younger siblings, Amelia and Aiden, whose deaths neither Jayden nor Sofia had fully comprehended, leave alone come to terms with. What followed next was Sofia surviving a series of near-fatal attacks from her mother. This saw Sofia being put under the guardianship of her brother Jayden, who was an archeology student. Jayden and Sofia were confused by all the happenings, and their parents giving them sketchy explanations did not help the situation a bit. Perhaps what triggered their search for answers was Jayden’s encounter with an assailant (who looked exactly like his sister Sophia) while he was out in the fields digging up artifacts. Why would a stranger attack Jayden and why did the assailant look exactly like Jayden’s sister? What happened to their siblings and is there something their parents have been hiding from them? Find out more about Sophia and Jayden in Erika M Szabo’s Unbroken Curse.
Erika M Szabo whisked me away from reality and into a wonderland. She forged her engrossing plot with simple sentences, which she loads with a sophisticated vocabulary. Her choice of words gives an edge of mystery, suspense, adventure, and romance in her narration. There are secrets, agony, old history, premonitions, dark powers, a story within a story, and much more. She gives vivid depictions of her scenes and characters. This served to add color to her narration. The characters are exciting and fully developed. I found it easy to connect with their thoughts and emotions, which gave me insight into their actions during the next scenes. It also made me empathize with the characters, and love as well as loathe some of them. Sofia is portrayed as a young girl whose inquisitive nature is capped with a sharp mind and an ability to learn quickly. Some of the conversations were witty and this spiced up the reading experience. A young adult audience with a yearning for fantasy novels laced with a supernatural tale will love Unbroken Curse.
https://books2read.com/Unbroken-Curse-by-Erika-M-Szabo
at April 26, 2022 No comments:

Reading is Good for You! 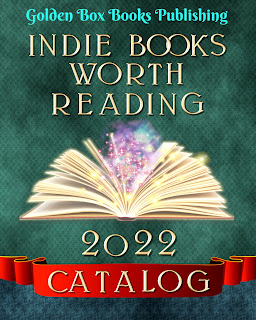 https://online.fliphtml5.com/cmebw/vojj/
Reading improves memory and cognitive ability. When you read or listen to stories, visualize the characters and scenes, and feel the emotions of the characters, your brain releases the "feel good hormone".
This hormone, dopamine, is the primary driver of the brain's reward system. It spikes when we experience something we enjoy. There are plenty of books in this catalog to provide you with many pleasurable dopamine hits.
Read the catalog below and choose from your favorite categories, but be adventurous and explore other genres as well. You might find a few precious gems.
at March 20, 2022 No comments:

A powerful curse was cast thousands of years ago by the Grand Vizier. Tanakhmet cursed Prince Akhmose to never enter the Field of Reeds, the heavenly paradise. Why did he want him to linger as a restless ghost among the living, forever?

By reading the hieroglyphs, Layla, a young Egyptologist, inadvertently breaks the curse and frees the ghosts of both Prince Akhmose and the Grand Vizier whose thirst for revenge is stronger than ever.

With Layla’s help, can Prince Akhmose finally cross into the afterlife? Or perhaps, because of the charms of the mortal woman, he doesn’t want to…

Elana was born to a homeless, drug addict mother and left on the steps of St. Patrick Cathedral. Moving from one foster home to another, her life was a revolving door of shattered hopes and disappointments.

As soon as she felt an emotional connection to anyone, the foster kid in her quickly pushed the feeling away. The last thing Elana wanted to do was to get close to someone she would probably never see again. The necessary emotional defense served her well throughout her unpredictable life.

Until she met Luca.

Allowing them only a short time of happiness, cruel fate tore them apart. All she had was hope and half of the rosewood heart pendant he carved to hold onto.

Will they meet again?

Lauren has everything she’d ever wished for. Great career, financial security, loving husband, and devoted friends.

When her Raven spirit guide warns her of impending danger, she takes the omen seriously, but she doesn’t have enough time to perform the protection spell her grandmother taught her. Someone breaks into her office and after the brutal attack and the Raven’s repeated warnings, she knows her life is still in danger. Who wants her dead and why?

A love potion made with haste out of jealousy puts Dorian into a comalike state. A rare orchid that blooms only once a year could save his life, but the precious flowers are fiercely guarded by Liam and his werewolf pack. The acolytes of the coven are forbidden to enter the forest and the young apprentices volunteer to make the journey that will test their loyalty and courage. Will they succeed?

More on the author's 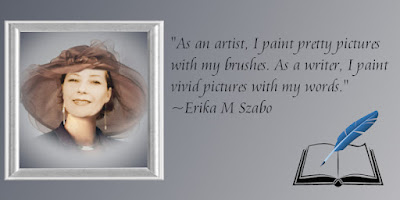 I had a cat lover neighbor in NYC, about 30 years ago. She was eighty-some years old, and her name was Karen. She knitted the most ridiculous hats and coats for her three cats. Two of the older cats patiently tolerated when she'd dressed them up, but the younger cat gave her some seriously murderous looks and clawed off the hats and coats as fast as she could that Karen had forced on her.
at February 18, 2022 No comments:

Email ThisBlogThis!Share to TwitterShare to FacebookShare to Pinterest
Labels: #BooksByErika

See the giveaway details at Goodreads.

Read chapters from great English & Spanish stories, and check out the featured books.

Enjoy the magazine, and thank you for your support! 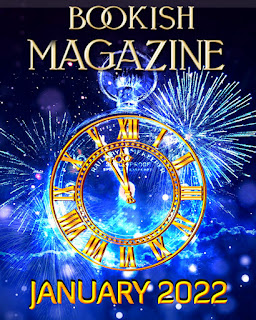 Wishing you a Merry Christmas and Happy New Year 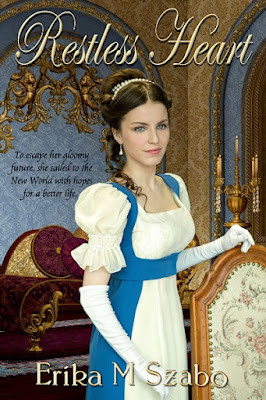 Born in a brothel in Paris in the early 1700s, Madeleine's future had been decided by her courtesan mother and Madame Claudine. Her innocence at age fourteen would be sold to the highest bidder. She’d be treated as a usable and disposable toy to fulfill her patron’s every perverted desire until he tires of her. Then she’d become a courtesan to entertain anyone who visits the brothel.

Madeleine dreams of a better future. She runs away and finds temporary refuge in a convent, but she doesn’t have too many options when she turns eighteen. Either going back to the brothel, becoming a servant with an uncertain future, living her life as a nun, or becoming a filles à la cassette, one of the King’s Casket Girls, since no reputable man would marry her in France with nothing to her name. To escape her gloomy future, she sails to the New World with hopes for a better life.

What will her future hold? Will she find happiness? 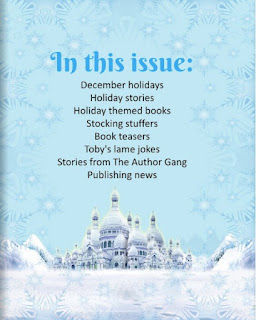 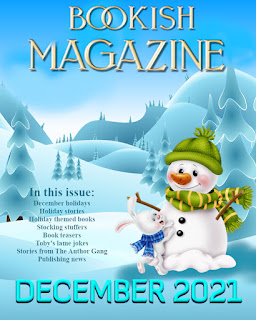 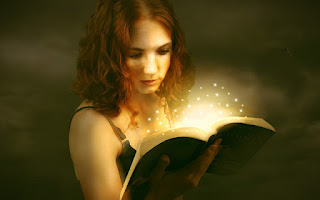 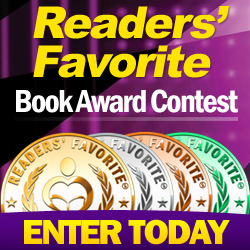 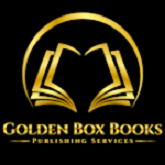 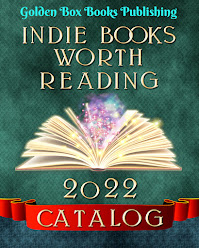 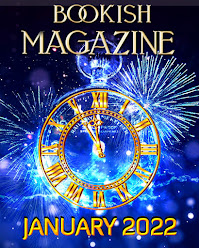 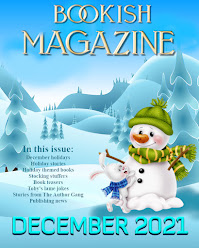 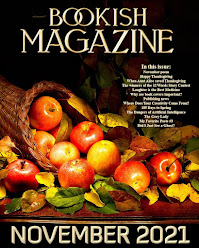 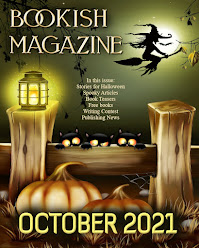 A Small Gang of Authors