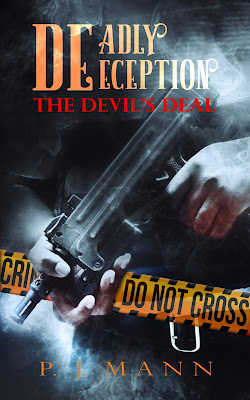 With this book, we arrive at the end of the trilogy, where we are going to meet some new friends and as well some old friends. As the investigation in Tbilisi, reached a sudden and unjustified stop, Lieutenant Avaliani and detective Sheen, will start to collect all the pieces of the puzzle scattered in front of their eyes.
The murder of the prostitute in Tbilisi (Book I) finally, finds its connection with the mysterious disappearances, and everything seems to gravitate around the figure of Dr. Wright. For this reason, all the former patients will be brought back to reconstruct the facts to get a clear idea of the dynamics of the events. Yet, they soon will realize that the murder and disappearance are just the tip of the iceberg in a case that becomes more and more complicated.
Blurb:
Julius feels like he’s losing the grip with his life; grappling with low esteem, overwhelming nicotine addiction, and a complicated relationship with an overbearing father.
As he finds himself in the studio of the eminent psychiatrist Dr. Wright, Julius is proposed to leave for a two weeks’ experimental therapy to get rid of his addiction.
At the same time, Detective Bochorishvili of Tbilisi Police Department and his cousin Lieutenant Avaliani of the Bureau of the Investigative Services in Boston start to reconsider an old case involving a patient of Dr. Wright, and the web of shadows spreads from the Georgian capital to Boston and begins to whirl in a vortex around the figure of Dr. Wright.
Suspicions rise and fall, spies lurk in the darkness, and mysteries call out to be solved before more individuals meet their fate at the ambitious hands of evil.
Closing the trilogy The Devil’s Deal will bring to light a question; will justice triumph, or will it be another Deadly Deception? 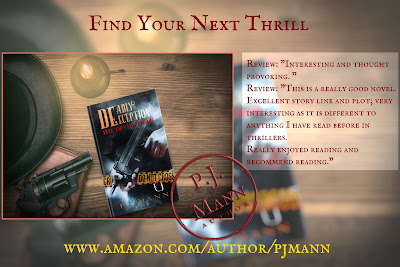 It was late evening on Christmas Eve; Gabriel was alone drinking a whiskey in his usual pub. He wasn’t out for fun; he was there for business.
Dirty business, he thought with a smirk on his face as he sipped his whiskey. He looked around the semi-empty pub, which generally at that time of the evening would have been full of people.
But Christmas was different than the other holidays, and many people preferred to spend the evening at home with the whole family gathered together at the dinner table.
Christmas never really meant anything to him, just another day where people who do not have a companion either keep themselves busy with their job, stick with the family or consider suicide, he thought.
He was also going to spend that day alone, but rather than thinking about suicide or spending time with the family, he preferred to keep busy with his business, whatever it meant, and on that particular cold, foggy night, his business was finding a victim for Dr. Wright’s research.
He sipped the last of his whiskey and stood up from the chair, grabbing his leather coat ready to start his job.
With a sigh and not a steady thought in his mind, he started up the engine of his car and, slowly he started to drive towards Lyndhurst Street, at the corner with Washington Street, where at night, would have been populated with drug dealers and prostitutes.
“The Hell Zone,” he grinned as he slowed down his ride looking for the right target when he finally spotted her. “Believe me, baby, maybe it is better this way. Life is only sorrow, and for people like you it might be more humane to die soon,” he whispered as he pulled over and rolled down the window.