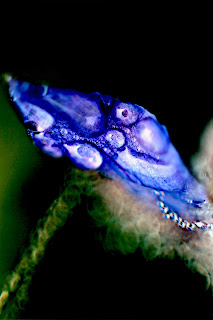 Foxfire is the stuff of magic. A strange eerie glow found in forests in the depth of night has both enchanted and baffled people who saw the colourful illuminations on dead trees, or in caves, for centuries. From an article in PhysOrg where they describe what Foxfire is,  "...nutrient-sipping threads of the honey mushroom give off a faint but eerie glow in rotten logs…Desjardin said. "People are mostly afraid of them, calling them 'ghost mushrooms.'"

When I saw images of these spooky lights I knew I had to use them in the apocalyptic prequel to my sci-fi/dystopian series The Song of Forgetfulness. I wanted a way for survivors to be able to have light other than just burning wood. But I needed to know about this wondrous spectacle. I do love research.

It wasn’t until the 19th century that biologists were able to identify the strange light as a fungal growth on rotting wood. Now more commonly known as Bioluminescence, this light source can be found throughout the animal kingdom. Fireflies use it, fish use it as do many forms of mollusc and plankton.

Click on the link to view some glowing organisms.
https://www.nationalgeographic.org/encyclopedia/bioluminescence/

In my prequel, The Chronicles of Mayer, survivors of an ecological disaster need to find ways to lighten their gloomy world. It was not my intention to recreate the shining forests in the film ‘Avatar’ just to somehow use actual scientific research to give credibility to my narrative. Some scientists in my story, stumble across glowing mushroom type organisms in the rotting bark of a tree. They inject it into living trees and when it is dark they glow. In the passage below, Janet, one of the scientists, attempts to explain how they did it.

“Using a design reproducing transform cycle we created the light emitting DNA on a laser printer. Then injected the trees with the DNA of the luminous mould. As it spreads throughout the sap, it causes them to light up at night. Although it’s found mostly on dead trees, with a few tweaks at a molecular level, we managed to make the fungus work symbiotically.”

I’m not the only author to use this Foxfire in literature, Aristotle, Pliny the Elder, and Mark Twain were familiar with it. In The Adventures of Huckleberry Finn, Tom Sawyer uses the fungal phenomenon to bring light to a dark tunnel.

My representation of what Foxfire mushrooms look like, I couldn’t find any royalty free images. 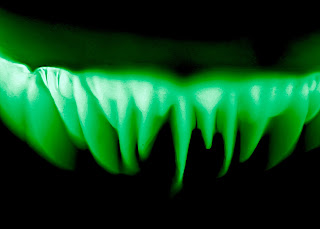 The concept of being able to light our world without the use of fossil fuels, exciting and would benefit third world countries too. From an article in The Guardian: “This would be a key breakthrough in, for instance, designing a genetically modified tree that could glow in the dark and act as a sustainable source of street lighting.”

You can read the full piece here: https://www.theguardian.com/science/2016/jul/03/fungi-glow-dark-luminscent-mushrooms-conservation-enviroment-bioscience

I researched different types of naturally occurring brightness in organisms and not only discovered some amazing creatures, but some amazing scientists working on creating ‘night-light’ type small trees that have this bioluminescence fungus placed into their DNA. The company called their research The Glowing Plant Project and back in 2013, the idea of self-illuminating trees caught the imagination. https://www.kickstarter.com/projects/antonyevans/glowing-plants-natural-lighting-with-no-electricit

Although The Glowing Plant Project gained sufficient funding for their research development, they were unable to deliver the plants and are now working on glowing moss.

Such a shame, I was half hoping they would manufacture self-lighting Christmas trees. Wouldn’t that be wonderful to have a living tree in your room that sparkles without the need to unravel all of those annoying fairy lights that become inexorably entangled when put away after the holiday festivities. Until that day arrives I’ll do my best to reduce the hacking down of fir trees to adorn our homes by using a twig tree. First steps in having an environmentally friendly Christmas. 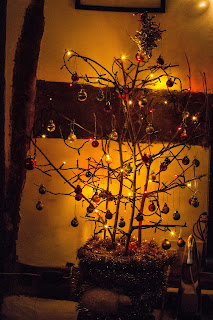 All photos copyright of the author.
at December 26, 2017 No comments: