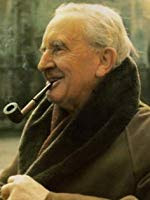 At the age of three Tolkien, his mother and brother went on a lengthy family visit to England. Unfortunately his father died of rheumatic fever in South Africa before he was able to join the family. Mabel, took her two sons to live with her parents in Birmingham. Tolkien enjoyed exploring the surrounding countryside, which would later inspire scenes in his books.

Mabel taught the children at home and Tolkien was known as a keen pupil. She taught him about botany which awakened a love for the look and feel of plants. Languages were by far his favorite subject and his mother taught him Latin very early in his life. Some of his favorite books were Phantastes by George MacDonald and the “Fairy Books” of Andrew Lang. Their influence can be seen in some of his later writings.

Tolkien’s mother died when he was 12 years old and Fr. Francis Xavier Morgan took over guardianship of the boys. Tolkien then attended King Edward’s School in Birmingham and later St. Philip’s School. While at King Edward’s School he joined the Officers Training Corps and helped line the route for the coronation parade of King George V.

During his early teens he had his first encounter with a constructed language, Animalic, that his cousins had invented. After his interest in this died he continued to invent new and more complex languages. Naffarin was the next constructed language and was his own invention. He also learned and wrote a book in Esperanto, The Book of the Foxrook where some of his invented languages appeared.

He also during this time met up with three young men and formed a secret society called the Tea Club and Barrovian Society (T.C.B.S). Through this group Tolkien developed a strong dedication to writing poetry.

After a trip to Switzerland, he began studying at Exeter College, Oxford. He started out studying classics, later changing to English Language and Literature. His travels through Switzerland were reflected in Bilbo’s journey across the Misty Mountains. 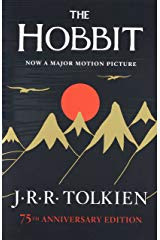 When he was 16 Tolkien met Edith, the woman who would one day become his wife. His guardian disapproved of the relationship and forbid Tolkien to have any contact with her until he turned 21. Tolkien obeyed the prohibition and the day he turned 21 he wrote a letter to Edith proposing marriage. After some rearranging of her life she accepted his proposal and they married three years later.
Following completing his finals and wedding they lived in lodgings near a training camp as WWI had started and he had been commissioned as a second lieutenant. He was sent to France. While waiting to be summoned to his unit he composed a poem, The Lonely Isle, which had been inspired by his feelings during the sea crossing to Calais. While fighting in the Battle of the Somme he came down with trench fever and was sent back to England. During his recovery he began to write The Book of Lost Tales. 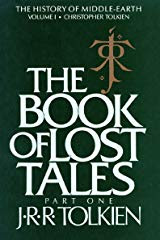 The first of four children was born to John and Edith and he continued to serve between recurrences of his illness in the military. It was also during this time that the idea of Beren and Luthien came to be. 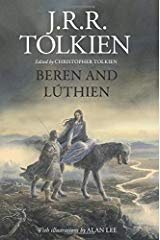 After the war he worked on the Oxford English Dictionary and took the post as reader in English language at the University of Leeds. He privately tutored young women undergraduates in a couple of women’s colleges. Writing of The Hobbit and the first two volumes of The Lord of the Rings happened during this time. 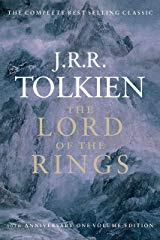 He undertook a translation of Beowulf which he never published. Tolkien gave lectures on Beowulf that changed some of the perceptions of the work. 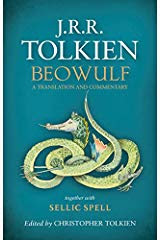 After WWII he moved to Merton College and became a professor of English Language and Literature. While here he completed The Lord of the Rings.

After his retirement in 1959 he became increasingly disillusioned with his fame and took his phone number from the phone directory. Eventually he and Edith moved to a seaside resort. Tolkien desperately missed C. S. Lewis who he had befriended as well as the Inklings, but stayed with Edith as she was quite content with their new living situation.

In 1971 Edith died. Tolkien returned to Merton College and lived there until his death, September 2, 1973.

After his death, his son Christopher published many of Tolkien’s works based on the extensive notes his father had left behind.
Tolkien’s success with The Hobbit and The Lord of the Rings led to resurgence in high fantasy literature. Tolkien became referred to as the “father of modern fantasy literature.”

The Times ranked Tolkien sixth on a list of “The 50 greatest British writers since 1945”. Forbes ranked him the 5th top-earning “dead celebrity” in 2009.

J.R.R. Tolkien’s many novels and poems were inspired by his many life adventures. His legacy leaves us many fantasies to lose ourselves in. 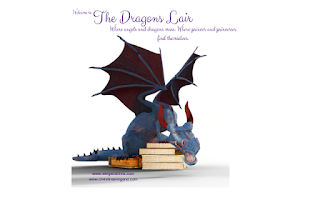