Welcome, Michele! We're so glad you could join us. 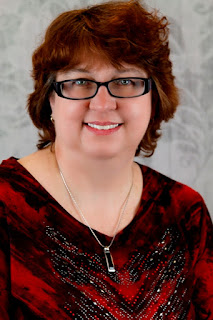 Michele Shriver is a National and International best-selling author of women's fiction and contemporary romance. Her books feature flawed-but-likable characters in real life settings. She's not afraid to break the rules, but never stops believing in happily ever after.

Michele counts among her favorite things: a good glass of wine, a hockey game, and a sweet and sexy book boyfriend...not necessarily in that order.

Michele's books are for mature readers 18 years of age and older. She loves hearing from her readers and can be contacted at: 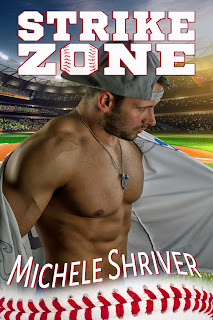 “They call him ‘The Killer.’”
Lorna blinked at Reece. “Excuse me?”
Reece’s face held an amused grin. “It’s his nickname. Killian ‘The Killer’ Moss.”
“And that’s a good thing?” Lorna didn’t quite get it, but then again, she didn’t get baseball, either.
Reece laughed, tiny lines forming around his green eyes. “I guess that depends on your perspective. If you’re a fan of the Riverhawks, then yes, it’s a very good thing that your star pitcher has earned such a nefarious nickname. For the opposing teams’ batters, not so much.”
“So, he earned the nickname because he strikes out batters?” Lorna surmised.
“Yes,” Reece said. “What’d you think? That he actually killed people or something?”
Before Lorna could answer, six-year-old Sierra tugged at the bottom of her shirt. “Mom? What does nefarious mean?”
“Bad, like evil or criminal,” she answered.
“Oh. But he’s not really a criminal, right, Uncle Reece?”
“Right. He’s a good guy. One of the best pitchers in the league,” Reece said.           “Plus, he does a lot of work for local charities, and he loves kids.”
The way Reece talked about this guy, he might as well be president of the pitcher’s fan club. “And that’s why you wanted Sierra along?” Lorna would have picked a different way to spend a hot June afternoon than outside, watching a baseball game, but once Reece mentioned the game, Sierra wanted to go.
“Yes,” Reece said. “I’m not proud. I need an autographed ball from Moss to add to my collection, and I figured the best way to get one is to use a cute kid to get it. He always signs stuff for the kids.” He gave a shrug. “Since I don’t have one of my own, I’m borrowing yours.”
“Fair enough.” It was difficult to argue with Reece’s logic, or find fault with an athlete who was always generous with young fans. Okay, so Sierra wasn’t technically a fan, at least not yet. Lorna had a hunch her daughter would be by the end of what would be her first baseball game. Would her mother? That might be the harder sell. Still, she vowed to keep an open mind and try to enjoy herself.
The large crowd that had gathered outside the stadium suddenly erupted in loud shrieks, which could only mean one thing—the players were arriving.
Reece confirmed it when he passed Sierra a baseball.
“Okay, he’ll be the first one walking in. Remember what I told you?”
She nodded. “Yep. Get it signed to you. I’m not dumb.”
Lorna stifled a laugh at her precocious daughter’s comment. She was her mother’s daughter, all right. And thankfully, thus far she exhibited few, if any, traits inherited from the asshole who sired her.
“Great. Thanks, kiddo,” Reece said. “I owe you a hot fudge sundae for this.”
Lorna watched as her daughter scurried forward, in a throng of other kids, to try to meet the Riverhawks star.
“Does your fiancé know how much you’re crushing on this guy?” she teased.
“Yeah, he does, and he doesn’t mind,” Reece said. “Besides, Court has his own celebrity crush.”
“Oh, really?” Lorna raised an eyebrow. “Wh—” She couldn’t get the word out, because the sight of the man approaching rendered her momentarily speechless.
He was tall, with light brown hair and few days’ growth of beard, and he wore black dress pants paired with a blue shirt that fit him so snugly she could make out the definition of his muscles underneath it.
And speaking of making out... Lorna tried to stop her mind from heading straight into the nearest gutter, but it wasn’t easy. It’d been too long since she’d had a man in her bed. Way too long.
“That’s him?” she asked Reece when she found her voice again.
“Yes, that’s him. Killian Moss.”