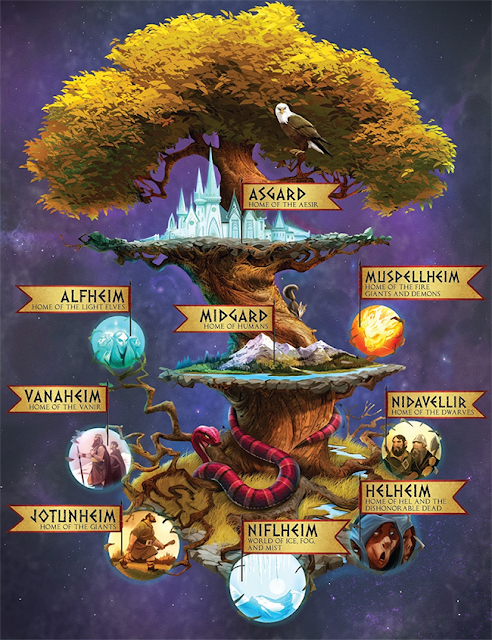 Today, I'm going to continue my blog series: Mythology and Folklore.
If interested, you can read Part One here:
https://asmallgangofauthors.blogspot.com/2018/04/mythology-and-folklore-part-one-by.html

In Hungarian myth, the world is divided into three spheres: the first is the Upper World (Felső világ), the home of the gods; the second is the Middle World (Középső világ) or the world we know, and finally the underworld (Alsó világ).

In the center of the world stands a tall tree: the World Tree /Tree of Life (Világfa/Életfa). Its foliage is the Upper World, and the Turul bird dwells on top of it. The Middle World is located at its trunk and the underworld is around its roots. In some stories, the tree bears fruit: the golden apples.

Upper World
The gods and the good souls live in the Upper World. Gods have the same rank, although the most important figure of them is Isten (Hungarian for "God"). They control the world, shape the fate of humans, observe the Middle World from the sky.
Istenanya "Mother God", also known as Boldogasszony "Blessed Lady", literally meaning "happy woman".
Hadúr "warlord".

The Sun and the Moon are also located in the Upper World. The sky was thought to be a big tent held up by the Tree of Life. The several holes in it are the stars. The Sun, Moon, and symbols of the cosmic word, are known from Hungarian grave findings from the period of Hungarian conquest.


Middle World
The Middle World is shared among humans and many mythological creatures; the latter are often supernatural. There are ghosts of the forests and waters, who are ordered to scare humans. They have different names in different places. There are females, for example, the sellő (mermaid), which lives in water and has a human torso with the tail of a fish.

The wind is controlled by an old lady called Szélanya (Wind Mother). 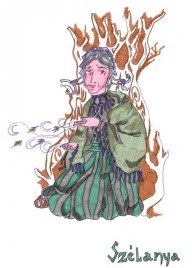 http://www.borisza.eoldal.hu/cikkek/tortenelem/magyar-legendak_mitoszok.html
The Sárkány (dragon) is a frightening beast: he is the enemy of many heroes in fairy tales, symbolizing the psychical inner struggle of the hero.The Sárkány usually has 1-7 heads. 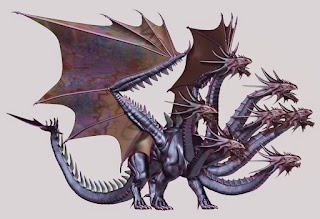 https://www.pecsma.hu/abszolut-pecs/a-hetfeju-mecseki-sarkany-es-egyeb-baranyai-mondak/
The lidérc is a ghostly, mysterious creature with several different appearances, its works are always malicious. 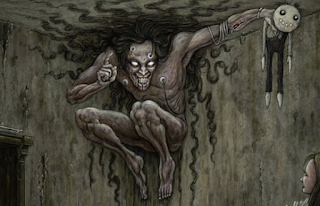 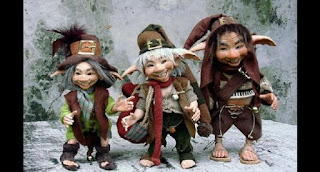 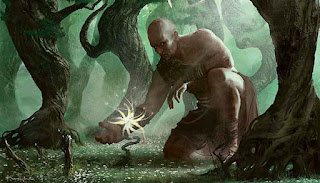 http://killertime.blog.hu/2011/08/07/oriasok
Favorite creatures are the tündérek (fairies), who are beautiful young virgins or female creatures (often depicted either as personified purity and innocence or as playful and foxy). They aid humans, who sometimes can ask three wishes from them. 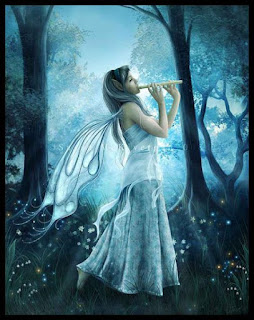 http://erina.hupont.hu/9/tunder-kepek
Their opposites are the bábák, who are equated with catty old witches. (Bába means "midwife" in modern Hungarian, and originally they were wise old women, later equated with witches as Christianity became widespread.) 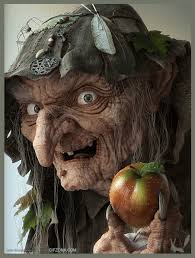 http://octo.blog.hu/2011/10/23/miert_vasorru_baba_a_boszorkany
Underworld
The Underworld is the place of bad souls (this includes evil spirits and the souls of dead people who were cruel and evil in their lives) and the home of Ördög, creator of everything bad for humans: for example, annoying animals such as fleas, lice, and flies.
Courtesy of Wikipedia and several Hungarian websites

Next time maybe I'll introduce you to a few famous Hungarian foods such as gulyas, stuffed cabbage, and donut, which is far better than the Dunkin kind. Or, maybe I'll tell you more about Hungarian mythology and folklore. 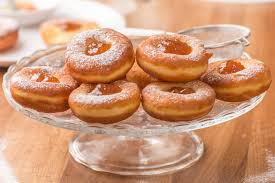 Wow, the more you share, the more I realize how little I know of mythology outside of the Roman and Greek. Thank you so much, that was fascinating!
+
2
1
2
·
Reply

We would need hundred lifetimes to learn the mythology and folklore of every nation :)

Erika Szabo tells readers about the three levels of the world in Hungarian Mythology on Our Author Gang.

Today on A Small Gang of Authors, Erika M. Szabo​ talks more about mythology and folklore, and "The World Tree."
+
4
3
4
·
Reply

Fantastic, Erika! What great research, too. Another post that's right up my other-worldly alley.
+
2
1
2
·
Reply

Erika M. Szabo​ shares the mythology and folklore of Hungary. This is fascinating stuff, totally different than the familiar mythology of the Romans and Greeks -- check it out!
+
2
1
2
·
Reply

Fabulous post. I love reading about mythology and folklore, especially when I don't know anything about them.
+
3
2
3
·
Reply

Today, Erika M Szabo, breaks down the basics of the hierarchy of Hungarian mythology, including The World Tree and tons of creatures.
+
3
2
3
·
Reply