A Small Gang of Authors: Tidbits of history I learned while traveling. #Our...

A Small Gang of Authors: Tidbits of history I learned while traveling. #Our...: My life consists of gallivanting from one country to another one.  One of the many times I have been in Barcelona, I learned about Gaudi. ...
at June 26, 2017 No comments:

Tidbits of history I learned while traveling. #OurAuthorGang 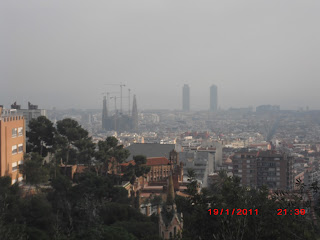 My life consists of gallivanting from one country to another one.  One of the many times I have been in Barcelona, I learned about Gaudi. As his birthday was yesterday, I saw it apropos to write about him.


Yesterday, June 25, we celebrated the birthday of Antoni Gaudi, born in 1852 in (unknown city) Cataluña, Spain.
Gaudi was the son of laborers and as a child lived in Reux, Cataluña.
From an early age, he showed an interest in architecture, but because he was from a poor family he needed to work to pay for his studies.
He was not a good student, his style was different from what the teachers wanted. At his graduation, the professor presenting his diplomas said: “We are in the presence of a genius or a madman”. Actually, he was a little bit of both.
To get the connections needed to acquire the kind of work he wanted, he started to dress well and to patronize the fashionable and high-class establishments of the era.
In one of those outings, he met the very rich Catalan industrialist Eusebi Güell. Whom became his friend and his patron, commissioning many buildings and giving Gaudi carte blanche.
Gaudy only used the best of materials and if he did not like something after it was done, he would knock it down and start from scratch once again and as many times as needed.
Gaudi was eccentric and difficult to work with. He had a vision in his head and he expected everybody to see it as he did.
You can see most of his work all over Barcelona. Whether you like his style or not, you have to admit that he had a great imagination.
He became rich, however, he lived as a pauper. Most of the time he used to live in the places that he worked, as to no waste time coming and going. He used to put a mattress on the floor, have a few necessities and that was it.
The Sagrada Familia was his last work and he knew that he was not going to see it finish. That is why he left many drawings and explanations for the future work of other architects.
What he did not count on, was the civil war. During the war obviously they have to stop work, and the military wanted to destroy the church like they destroyed many other churches. However, the military realized that they could put the canons in the towers and shoot the attackers from there, so, they kept the church. After the civil war, the work on the church resumed.
Gaudi was a very religious man and attended mass twice a day at Sant Felip Neri Church in the Gothic neighborhood.
One day at the age of 74, as he was walking toward the church for his daily Mass and confession, a trolley hit him. The driver pushed the body to the side of the street and left it there because he thought it was a homeless man.
Two people came to his aid, and called a taxi to take him to the hospital, however, the taxi driver refused because he did not want his taxi to get all bloody by a homeless man.
Finally, he was taken to the hospital where he was left in a hallway because he did not have an ID on him, and once again, because by his attire and his poor hygiene, they thought he was homeless.
Not until the next day when everybody was looking for him, the hospital realized who he was.
However, by then it was too late. On June 10, 1926, two days after being admitted to the hospital, he passed away.
The funeral procession was attended by all of Barcelona’s residents and dignitaries.
He is buried in a crypt at the Sagrada Familia.
The Sagrada Familia  And in my humble opinion, it will never be finished, because this way it is unique and a greater tourist attraction. 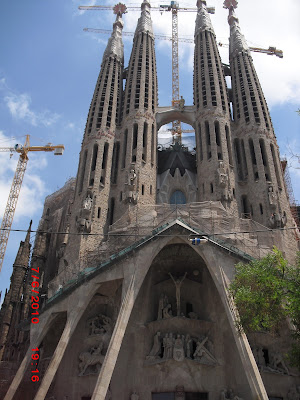 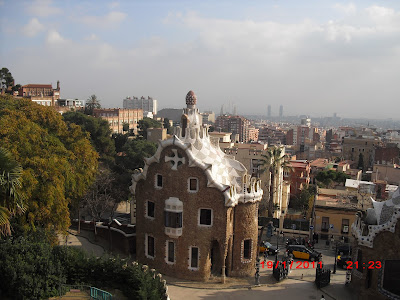 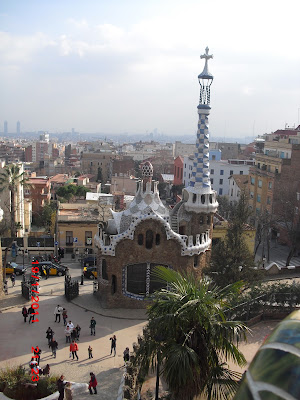