I have a secret. No, actually I don't because everyone who knows me, knows I have a little bit of an obsession with all things Arthurian. It started when I was a child growing up near Glastonbury — The fabled Isle of Avalon — and it has not diminished with the passing of years.

Now, Arthur, the man, is as elusive as a shadow — impossible to catch and always one foot in front or behind me. Arthur's real realm is in folklore, and that is where he is most prevalent. 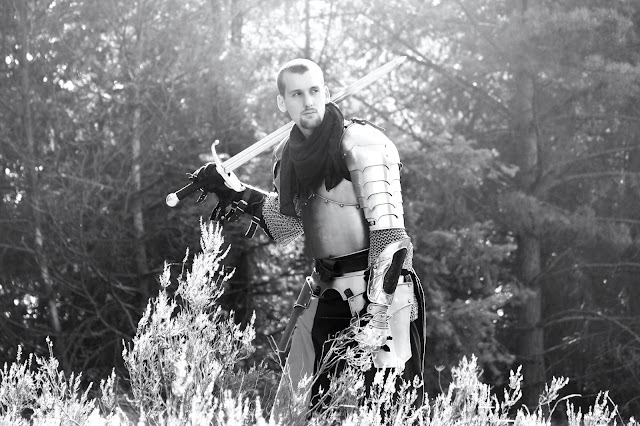 I could easily run with a theory as to who Arthur was, but I am not going to do that. I want to stick with the legend because that is what fascinates me. I love folklore. I also love how there always seems to be a ring of truth in it, as I am going to demonstrate today!

Geoffrey of Monmouth and King Arthur

It cannot be disputed that Geoffrey of Monmouth gave us the Arthur we know and love. It is easy to mock his work, but for hundreds of years, Monmouth's Arthur was considered to be factually correct. So for the sake of this post, I am going to pretend that what Monmouth said is historically true — you will see where I am going with this in a minute!

The story of King Arthur does not start, surprisingly, with Arthur. The story begins with Merlin.

It was Merlin that prophesied the coming of Arthur, and it was Merlin and his magic that made sure the rightful king of Britain pulled the sword from the stone. If it had not been for Merlin, there would be no Arthur.

Merlin, it is said, first came to the attention of Vortigern — King of the Britons — when he was a child. Vortigern, in his wisdom, had invited some Saxon mercenaries to Briton to fight with him against the troublesome Picts and Scots. But the problem with Saxon mercenaries is that they couldn't be trusted. Vortigern soon found himself running for his life from the very men he had paid to defend it.

To cut a long story short, Vortigern ended up in Gwynedd, North Wales. More precisely, he ended up on a hill, in which he decided to build a fortress on. Unfortunately, what ever he built, collapsed. Vortigern's magicians told him that he needed to spill the blood of a child without a father, onto the stones. Once he did this, then the fortress would stand.


There was a child, Myrddin Emrys, who seemed a likely candidate. But Emrys was no ordinary child, and he was quite attached to his life and didn't want to die. Nevertheless, he was brought to the usurped King...

"Why have my mother and I been brought into your presence?"

"My magicians have advised me," answered Vortigern, "That I shall look for a fatherless man, so that my building can be sprinkled with blood and thus stand firm."

"Tell your magicians to appear in front of me," answered Merlin, "and I will prove that they have lied."

The History Of The Kings Of Briton.

Emrys challenged the King's magicians and instead gave a plausible reason why the fortress would not stand. He said that two dragons were imprisoned at the bottom of an underground lake beneath the hill. If they set the dragons free, then the foundations of the fort would stand. All they had to do was release the dragons, which they did.

Vortigern built his fort and out of respect, he named the fort after Emrys. He called it Dinas Emrys

But here is where it gets interesting. In 1945 the hill was excavated by archaeologists, and they found an unground lake. So maybe there is a little bit of truth in Monmouth's story after all. 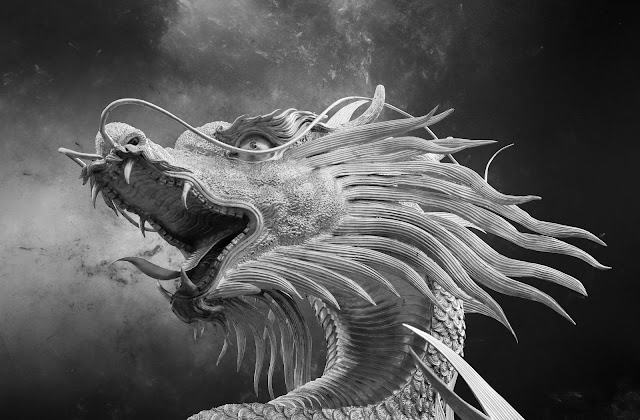 Dians Emrys is now under the care of The National Trust, and they welcome visitors. But walkers are warned to tread softly on the hill, for a dragon sleeps beneath it.

If you fancy finding out what happened after the death of King Arthur then why not check out my historical fantasy series — The Du Lac Chronicles...

Read for Free with

References
History of the Kings of Britain ~ Geoffrey of Monmouth
Picture of Knight ~ Pixabay
Merlin prophesies for Vortigern ~ Wikipedia
Dinas Emrys with the River Glaslyn in the foreground ~ Wikipedia
Picture of Dragon ~ Pixabay
at June 28, 2017 No comments: