Are You a Super-taster? Find Out

Does your tongue turn blue when you eat foods with blue food coloring? 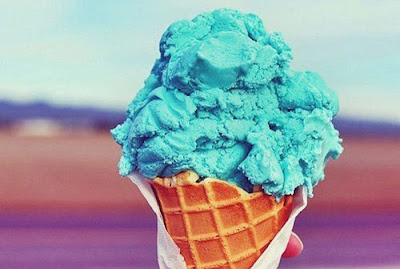 When I was a child and licked blue ice cream or sucked on blue candy with my friends, I was so disappointed when everyone's tongue turned blue but mine.
Later I learned why.

Humans are born with the ability to detect five types of taste – sweet, bitter, salty, sour, and umami (of the five basic tastes and is best described as a savory or “meaty” flavor) – though our individual sensitivity to each is determined largely by genetics.

If you write a list of all the foods you like and dislike – and how much you like or dislike each one – you’d end up with an exhaustive list that was completely, uniquely yours. Kind of like fingerprints that changes over time and shaped by culture and family and everything you’ve ever done.

In fact, they tend to change in certain predictable ways as we age. Take sugar, for example. Enjoyment of sweetness is innate – nature’s way of making sure we take in calorie-rich foods – but we tend to enjoy it less as adults than we do as kids. The opposite is true for vegetables, which we tend to like a whole lot more in adulthood than we do in our earliest years.

How can we explain this?
Scientists believe one reason for kids’ love of sugar, for instance, may be that they seek out more calories to fuel their growing bodies, giving them an advantage when food is scarce.

Actually, we shouldn’t like green vegetables at all. Evolution wired us for an aversion to bitter tastes, a trait our ancestors developed to protect themselves against accidental poisoning. The problem with this, of course, is we’ve generally figured out by now which plants will kill us and which won’t, yet the aversion remains – even though plenty of bitter compounds, like those found in vegetables, are actually important sources of nutrition.

Childhood experiences also play a role in our taste preference. Maybe you once saw a family member get sick shortly after eating a certain food and then tripped and hit your head. Those negative impressions were enough to cement an aversion that stays with you.

Even the smallest of experiences, in other words, can shape our food likes and dislikes in ways we don’t even realize – and sometimes these fleeting moments can override culture, evolution, and everything else.

One biological mechanism for why we perceive tastes differently is in our taste buds. Scientists categorize three different groups of people, based on genetics: ‘”super-tasters”, “non-tasters” and “regular tasters”‘.

Are you a super-tater or sun-taster?
To find out, put blue food coloring on your tongue. Blue dye doesn't stick to taste papillae, so if your tongue doesn't get very blue, you're probably a super-taster. The bluer it gets, the greater the chance you are a sub-taster.

Super-tasters are those who have more “papillae” taste receptors, and can taste certain things like bitterness more intensely and often find strong flavors overwhelming. This leads to a higher likelihood of aversion to foods that are bitter, spicy and hot. They add cream to their coffee and order food mild instead of spicy.

Sub-tasters, on the other hand, have low papillae density and prefer their food super hot and super spicy. "More hot sauce please!"

Hope you enjoyed this article and learned something new.
~Erika M Szabo
https://www.authorerikamszabo.com