My life was as empty as a cracked piss-pot. And with each day merging into the next I had no idea of time. With my best friend, Cissy, missing, my world had collapsed. The taste of any food was like chewing cardboard. It made me retch, but being so weak, I had to force myself to eat something. Eventually, I opened a can of baked beans; with hot sauce the taste was palatable. Starving to death was no longer an option but I still cried every day.

Why did she disappear? Is she still alive? How did I allow this to happen? No matter what I thought, the idea of me being responsible never left me. Trips to her favourite place, attaching posters to telegraph poles and placing pictures in shop windows, all failed to produce any results. Even the police showed little interest.

A week passed. The telephone rang. A man with a deep voice spoke in harsh tones. His English was poor and he frequently repeated himself. He demanded money. I was worried about how Cissy was coping without her medication and without thinking, I instantly agreed to his demands. He gave me specific directions about where and when we should meet and I was warned that Cissy would die if I didn’t comply. The bank asked questions about my withdrawal of £1000 in cash, but my insistence paid off.

The relief in knowing that Cissy lived was like a lottery win that didn’t exist. I was overjoyed she was safe, yet terrified I’d never see her again if I made a cock up. I imagined she was tied up, blindfolded, perhaps tortured. Nothing else mattered. My lass had disappeared and as long as I followed the instructions, all would be well.

Going over his directions one last time, I set out to be reunited with my beloved, Cissy.

The clouds had finally decided to play elsewhere. After my long climb through the forest, I could now see the top of the disused lighthouse. Inhaling deeply, I took in the clean air lightly scented with salt. Weathered steps of stone curled around the stone colossus but that wasn’t the route I was instructed to take. Looking to the right, I saw another track overgrown with thick bushes and low slung branches.

Once more my mind wandered. Would she be waiting? Would she be unharmed? It was time to make the last ascent. Slowly, like an old man in fear of falling, I placed one foot in front of the other and followed the track towards my destiny.

A shaft of light arrowed through the greenery before instantly disappearing. Would it be my star of hope? Without thinking, I quickened my pace. Calling her name made me want to believe she would greet me at the summit. Faster, I told myself as I ploughed on. The treeline ended and all trace of the shadows vanished as a sunray illuminated the small clearing in front of me.

And there she was, securely tied to an old tree. I looked around, saw the empty bag, placed the cash inside, untied Cissy, picked her up in my arms, kissed her and quickly retraced my steps. Little did the kidnapper know I had left a tracer inside the bag and spread a little poison over the notes.

Rot in hell, I mumbled as I walked back down the slope.

No one steals my dog, my best friend, Cissy, and gets away with the crime. 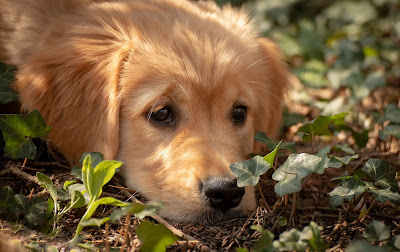