Our Guest today is Walter Rhein 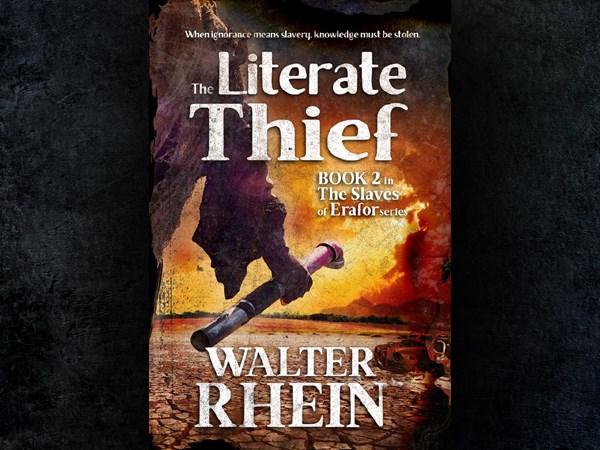 I’m really excited about the upcoming Perseid Press release of my novel ‘The Literate Thief.’ This book has actually been completed for over a year, but there have been various delays for its publication.

‘The Literate Thief’ is the second in a planned trilogy of novels that began with ‘The Reader of Acheron.’ ‘Reader’ was published in January of 2014, although either the kindle or the paperback page of Amazon says December of 2013. I wrote the first book because I wanted to engage the subject of emotional slavery. I was interested in how people sometimes allow themselves to fall into a pattern of behavior and, in effect, become their own jailer. When people are able to escape from such a scenario, it usually comes from an effort of willpower.

These books take place in a dystopian civilization in which reading is prohibited. The heroes scrounge around in dark recesses looking for ancient copies of the printed word in the hope of distilling some shred of comprehension or power in the world. In some ways, the novel is rather satirical and boiled out of my frustration that our public educational system sometimes feels like it works against a student’s ability to actually learn.

I’m also fascinated by how a ruling elite can construct a narrative and use it to control the populace. During the Trump campaign and Presidency, this inclination towards dystopian authoritarianism has become all the more omnipresent. We don’t quite live in a world where reading is prohibited, but we do live in one where reading is strongly discouraged, and that’s bad enough.

The third installment of this trilogy is titled ‘The Master of Deceit’ and I have about 50 pages of notes on it already. I haven’t written any of the specific scenes yet, but I’ve wandered through them in my imagination enough times that I feel the book will go pretty fast once I begin writing the novel in earnest. I’ve been delaying the process because I want to see what the reaction to ‘The Literate Thief’ is before I really get started. I like the “scholarly” motif in the titles with the words, “Reader,” “Literate,” and “Master.” In some ways this series works as a criticism of public education, but mainly, I just hope people take it as a rousing fantasy adventure.

I always take reviews very seriously, and I’m grateful to anyone who picks up one of my books and leaves a comment. The reviews for ‘Reader of Acheron’ were very helpful in guiding my thought process in the sequel, and I will also apply the insights of my readers to the third volume. Reviews add clarity to what moments worked and what need further development. As an author, you intend to provide certain explanations in a subtle way, but sometimes it’s necessary to turn up the volume a notch or two.

My hope is that fans of ‘The Reader of Acheron’ will find this sequel broadens the world of the first book and provides a few answers to some lingering questions. It’s a fun universe to explore, and I certainly had fun walking around in it during the writing process. I think you’ll be surprised by what’s to be found under some overturned stones.

Most of all, I sincerely hope that there are some philosophical ideas in ‘The Literate Thief’ that readers may find enjoyment in toiling over. It was my intention to align these ideas in a way that the act of contemplating them would provide some insight into our own world. I believe in entertainment, and that’s the book’s primary function, but I also believe in utility. It is my greatest wish that the reader who comes to the end of ‘The Literate Thief,’ closes the cover, and sets the book aside, will then be better equipped to confront his or her reality from that moment forward. Please let me know if I succeeded, and best to all of you! 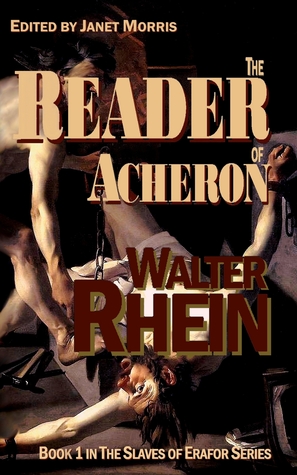 Link to Streets of Lima:
http://streetsoflima.com/