Monologue or Soliloquy by Rick Haynes 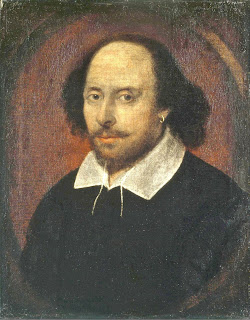 ﻿
﻿
﻿
I always get these mixed up so looked at the definition of both.

Monologue
Delivered by one character to other characters, or at least overheard by other characters if delivered to an audience.
It should serve a clear purpose and reveal something about the speaker and/or the situation that cannot be revealed by dialogue or character interaction.

Soliloquy
Delivered alone by one character without any other characters overhearing.
I’ll concentrate on the former.

A monologue will have a clear beginning, middle and end. Like a mini story within the bigger one, the speaker has a realisation or revelation at the end. As in any story a monologue should grab the reader’s attention immediately – the hook if you like. A strong voice will enhance the tale giving the reader a sense of character. Past or present, the character should use memory in bringing forward past events.

A clear ending is important as it brings the tale to a conclusion.
Think of William Shakespeare and his monologue in Henry V, the speech before the battle at Agincourt. Here is the main part
.
This story shall the good man teach his son;
And Crispin Crispian shall ne'er go by,
From this day to the ending of the world,
But we in it shall be remember'd;
We few, we happy few, we band of brothers;
For he to-day that sheds his blood with me
Shall be my brother; be he ne'er so vile,
This day shall gentle his condition:
And gentlemen in England now a-bed
Shall think themselves accursed they were not here,
And hold their manhoods cheap whiles any speaks
That fought with us upon Saint Crispin's day.
All good so far, I thought, but then I realised I needed to write one. As I love medieval fantasy, perhaps I could think of a rousing speech before a battle? That was easier said than done but eventually, I succeeded. With sincere apologies to the great bard, here is my humble offering.
“You men, my comrades. Strong of arm and fearless in battle, now is the day to show your worth.
The enemy is near, their banners bright and their spears sharp. Yet most are mercenaries who will run at the sight of a true warrior. Listen to them, they’re screaming like a gaggle of washerwomen. And who among you has ever been afraid of foul words from a gathering of she-cats?”

“I share in your laughter yet would urge you to look again at their front ranks. They may strut like peacocks but see the terror in their eyes.”

“You have earned the right to stand tall and now it is time to send these upstarts to hell. I am proud to stand before my men, my sword shields, my friends in battle, for today we fight together as one clan.”