The science fiction world suffered a huge loss at the passing of Octavia Butler in 2006. Also known as the Grande Dame of science fiction, her books explored issues of our real life world swirled into a fantastic and dystopian universe. From her Patternist series to her last book, Fledgling, she combined her own life experiences as an African American woman living in a diverse Pasadena, an anomaly in the then-segregated world, with the imaginative world of science fiction.

While she convinced her mother to buy a Remington typewriter at age 10, she began seriously writing after she saw the B-movie Devil Girl from Mars at age 12. At that young age, she knew she could write a better story. It was years of hard work at her craft while working at a variety of less than inspiring jobs that led to her eventual success in publishing. 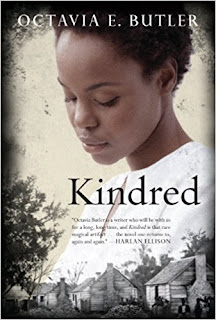 Butler's 1979 novel Kindred was inspired after overhearing young Black people who didn't understand that slaves were heroes for surviving the horrendous institution. Her mother's work as a domestic servant was also an inspiration. "I didn't like seeing her go through back doors," The New York Times quoted Butler. "If my mother hadn't put up with all those humiliations, I wouldn't have eaten very well or lived very comfortably. So I wanted to write a novel that would make others feel the history: the pain and fear that black people have had to live through in order to endure."

Her work led to a 1984 Hugo Award for Short Story for "Speech Sounds" and in 1985 she received a Hugo Award, the Locus Award, and the Science Fiction Chronicle Reader Award for Best Novelette for Bloodchild.

She told Jelani Cobb in a 1994 interview, ""Who am I? I am a forty-seven-year-old writer who can remember being a ten-year-old writer and who expects someday to be an eighty-year-old writer. I am also comfortably asocial—a hermit.... A pessimist if I'm not careful, a feminist, a Black, a former Baptist, an oil-and-water combination of ambition, laziness, insecurity, certainty, and drive." 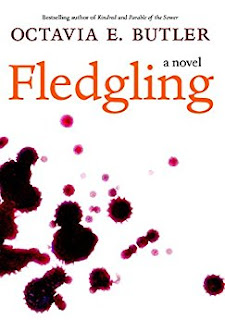 Sadly Butler didn't make it to her 80th birthday, but her work continues to fascinate and inspire science fiction fans and writers. While she was once one of a handful of African American writers, she left a legacy for the many African American and women writers who are now writing their own speculative fiction and building new diverse and Afrocentric worlds for eager young (and old) readers.