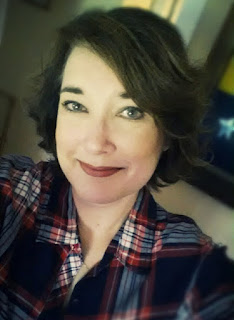 Tracee's been telling stories her whole life. She is an award-winning novelist and founder of OZWIND PUBLISHING, LLC. Her BETWEEN THE WORLDS SERIES won second place for Best Paranormal Romance of 2015.  Tracee's many paths have taken her on quite the journey--playright, director, puppeteer, and successful author. She received her Bachelor of Arts in Social Sciences and Psychology from Shawnee State University and earned her Master of Arts in Forensic Psychology from the University of North Dakota. Currently Tracee is part of the adjunct faculty at Shawnee State and Southern State Community Colleges.
Tracee's interest in the paranormal and her life experience gives her keen insight into the shadows that haunt our society, making her a brilliant author of suspense and other genres. Are you ready to find out what lies behind the veil of this world? Grab Tracee's hand as she leads her readers into fantastic, thrilling, and new adventures. 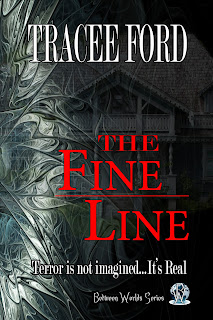 There is a fine line between the living and the world of the dead, and Robin Hillard and her handsome husband, Dr. Matthew Gregory, are about to cross it.
After meeting in the ER of the local hospital, Robin and Matt begin a whilrwind romance. Matt surprises Robin when he proposes to her in the beautiful Pikeview Manor, the home he purchased for them to begin their lives together. The newlyweds are unaware that by walking through the front door, they have walked between the worlds. The couple begins to hear strange noises, find objects moved, and see the shadows that were once hidden in the majestic house. Robin has dreams of the past while Matt struggles with the line between science and the world of the unseen. Matt's young daughter, Olivia, begins speaking of the little girl she plays with in her room and of the darkness lurking within every board, nail, brick, and tile of the house. The family's love and strength is tested as they realize terror is not imagined...it is real! 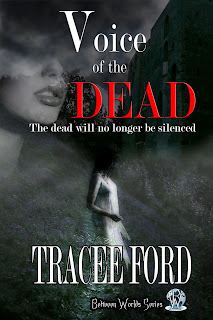 Dr. Lauren Harris is a brilliant nationally respected forensic psychologist with a secret. She's an empath who connects emotionally with the spirits of the dead, seeing through their eyes, and giving them a voice.  When she is called upon by the FBI to help track down and stop The Phantom, a hedonistic serial killer, she's confronted with the one thing she's always feared when she meets Agent Nicholas Bennette. The two find it difficult to work with each other, at first, due to their differences and the sexual tension that burns like a wildfire between them. As Lauren connects with The Phantom's victims, she finds herself trying to make sense of the visions and the feeling that so much has been left undone in their lives. She learns that the dead will no longer be silenced when they have a voice through her. As the body count rises, and a passionate romance begins with Nicholas, Lauren discovers she has been targeted by The Phantom. She is frightened to learn that she has left much undone in her life, too. 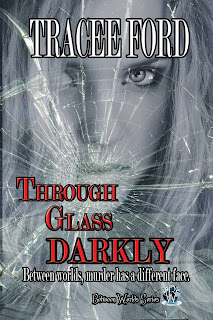 Olivia Gregory, whom we met in The Fine Line, is all grown up. Despite her stable upbringing, she makes life choices that lead her down a very destructive path. Attempting to run from the horrors of her past, these choices lead her far away from her family and the safety of Pikeview Manor. After a near death experience, Olivia is forced to look through the glass darkly and her life takes another dramatic turn. Influenced by a special companion, Olivia becomes a cop with the K-9 Division. One fateful April afternoon, she stumbles upon the hanging body of a murdered young girl--one of a soon to be long list of victims by the Tic-Tac-Toe killer. Along with her smoking-hot partner, Daniel Knight, and Dr. Lauren Harris-Bennette, nationally respected forensic psychologist and key crime solver in The Phantom murders, Olivia is drawn into a case that could cost her everything.