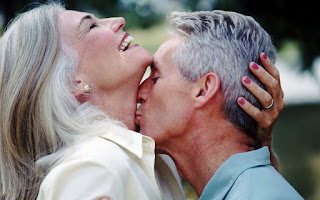 Whether it be in film or in real life, Americans have a penchant for following romance...good or bad. In part 2 of my blog series, we'll explore three more famous couples who may not be well known to many, but have the longest marriages in Hollywood. 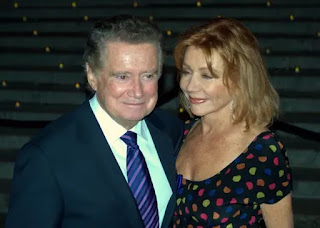 Regis and Joy Philbin have been married since March 1, 1970.  They met in the late 60's when Joy worked as Joey Bishop's executive assistant.That's 48 years. He is best known for hosting a morning show, Live with Regis and Kathie Lee (Gifford). Philbin, now 86 years old, spends most of his time with family, playing tennis, speaking on behalf of the American Heart Association and still does spotlight appearances on daily talk shows. They have 2 adult children. 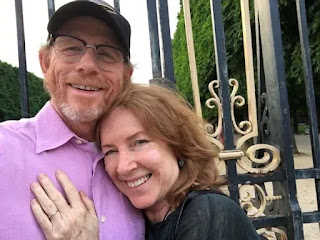 Little Opie Taylor from the Andy Griffith Show is all grown up.  He and the love of his life and high school sweetheart, Cheryl Alley, tied the knot on June 7, 1975. They have 4 adult children. Ron is known best today for his directing skills on films such as Backdraft and Cinderella Man. He's won countless Emmy's for his work in television--From the Earth to the Moon, an HBO production and Arrested Development on FOX. 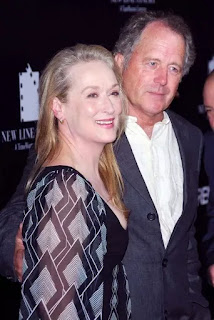 Meryl Streep, best known for her role in Kramer vs. Kramer married Don Gummer on September 30, 1978.  She has been nominated 21 times for an Academy Award and won 3. She and her husband have 4 adult children. They have one of the most intriguing and inspiring marriages in Hollywood.  How they met...Meryl's then partner, Godfather actor, John Cazale, had just lost his battle with cancer. Don, a friend of her brother's, arrived in NYC to help move her from the loft she'd shared with Cazale. Gummer invited her to move into his vacant apartment while he was traveling with his sculptures. They kept in touch during this time and when Don returned, a romance blossomed. Six months later they were married in the garden of her parents' home.

Wonderful post Grace! Staying together for so long requires patience, understanding, compromise, and lots of talk to come to a joint decision. When I'm invited to a wedding, my gift to the couple is always a pair of identical hats which represents equality in the marriage. It was a heartwarming experience when I visited a couple recently. I gave them the hats 22 years ago and they keep them in their dining room cabinet's top shelf.
+
3
4
3
·
Reply

Grace Augustine shares part 2 of her series on famous Hollywood couples on Our Author Gang.
+
2
1
2
·
Reply

Grace continues her series on famous couples of Hollywood, sharing the facts on three of the longest marriages of today's Hollywood stars.
+
2
1
2
·
Reply

A couple of my favourite stats about Hollywood marriages: Dolores was at her husband's side as he celebrated his 100th birthday; he died two months later on July 27, 2003. They had been married for 69 years, which at the time had been the longest Hollywood marriage on record. And, Ricardo Montalban is another lifetime husbsnd: Montalbán married actress and model Georgiana Young in 1944. Georgiana was the half-sister of actresses Sally Blane, Polly Ann Young and Loretta Young. After 63 years of marriage, Young died from undisclosed causes on November 13, 2007. She was 84 years old. Her death preceded Montalbán's by one year and two months. I love love stories like these! ☺
+
1
0
1
·
Reply

Today on Our Author Gang, Grace Augustine​ talks about three real-life, famous couples, in part 2 of her article.
+
3
2
3
·
Reply

So great that you focused on some real-life, terrific couples, Grace. I know George Burns and Gracie Allen were married forever, as were Bob Hope, Jack Benny, James Stewart, and their wives, too.
+
3
2
3
·
Reply

It's nice to see that Hollywood isn't all bad. It's also nice to see couples that have kept it together for the long haul.
+
3
2
3
·
Reply

I love these real life happily-ever-after love stories. Thank you for writing this!
+
3
2
3
·
Reply

Grace Au
7 months ago
+
1
0
1
Thank you so much,Tricia. I love romance....good and bad. It's fun to see how different people deal with life.

Such a refreshing example of Hollywood romance and an inspiration to find that special someone.
+
3
2
3
·
Reply

Today, Grace Augustine​, shares part 2 of her famous romantic couples and inspires us all to find that one special person.
+
3
2
3
·
Reply