Our Guest Today is Krista Ames 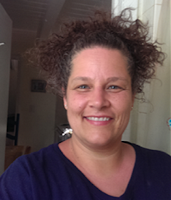 I reside in the northern part of the lower peninsula of Michigan with my family.  Please feel free to drop me a note at krista@kristaames.com and introduce yourself.  I'm fairly new to the writing world but i hope to meet many new faces, writers and readers, and make many new friends.
You can find out more about me on my web page or my blog.

Her work An Unexpected Twist is featured in the romance collection Spring Fling. 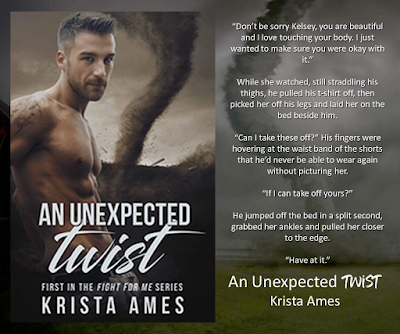 Winter is fading into the distance and the season of love is upon us.

With desires building, passion explodes in this collection of steamy and must-read romances.

Come and join us, won’t you? Spring is in the air… 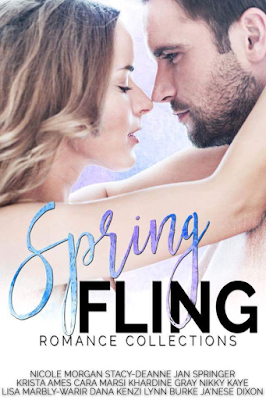 Hero by Stacy-Deanne
She ran her fingers through his hair, touching his scalp. “I’ve wanted you since you first came to my house.”
“When you were flirting?” He chuckled, massaging her breasts. “How does this feel?”
“Good.” She leaned back on the shelf, moaning. “Kiss ‘em.”
Scott kissed her breast, tracing his tongue along the brown areola.
“Yes.” She got that swishing motion in her stomach as if she were falling over a cliff. “Yes, Scott.”

Inner Girl Rising by Jan Springer
“You like it, don’t you, having the two of us taking you?” Andrew whispered. His voice was dark and deep and its huskiness rippled along her sensitized nerve endings. Andrew’s palm moved away and fingers teasingly trailed around her slit. Involuntarily, Paisley bucked against him, needing penetration.
Andrew chuckled.
“Spread your legs wider, sweetheart. Nice and wide,” he ordered.

An Unexpected Twist by Krista Ames
“Don’t be sorry Kelsey, you are beautiful and I love touching your body. I just wanted to make sure you were okay with it.”
While she watched, still straddling his thighs, he pulled his t-shirt off, then picked her off his legs and laid her on the bed beside him.
“Can I take these off?” His fingers were hovering at the waist band of the shorts that he’d never be able to wear again without picturing her.
“If I can take off yours?”
He jumped off the bed in a split second, grabbed her ankles and pulled her closer to the edge. “Have at it.”


Love Potion by Cara Marsi
She wanted him suddenly, wanted all of him, body and soul, in a way she’d never wanted any other man. Hungrily she wound her arms around his neck and lifted her face for his kiss. He was quick to deliver. His lips, soft at first, grew more demanding, and Nicole’s whole body seemed to come alive at his touch. She opened to him, twining her tongue with his in an erotic dance. When he slid his hand up her ribcage to caress her breast through the thin fabric of the tank top, she groaned. He lay back, pulling her with him until she was on top of him.

Mister Write Now by Nikky Kaye
Sophy cleared her throat and opened the book again, projecting her voice to the far corners of the library. “Clarissa reached out and tangled her fingers in his soft hair, pulling him closer to her quivering nest of desire.”

Somewhere in the distance she heard a gasp and she blinked at the words swimming on the page in front of her, realizing she had lost her place. She would not be embarrassed.

Her voice rose as she skipped ahead a few sentences to finish the paragraph. “—she melted against the scratchy straw at her back and her body tensed in anticipation.”

When she turned back to Max, she saw the strangled expression on his face and the small flush in the hollow of his throat, exposed by his starched white shirt. Even though he looked as though he wanted to crawl under the table and die, he gazed at her with a mixture of fascination and something more dangerous.

The Millionaire by Lisa Marbly-Warir
“What are you doing here?” Quisha asked as she opened the door with a towel wrapped around her still damp body.
Without answering he kissed her. She gave in to the kiss. The chemistry between them had been slowly growing and neither of them could deny it. He picked her up and carried her to her bedroom and removed her towel...

Why Not by Dana Kenzi
The pleasure was too much for her, and she screamed when her climax hit. Her back arched off the bed, and Ryan thrust his fingers deep into her. His mouth somehow remained attached to her clit, and he licked her through her orgasm.
His attentions carried her through the waves until she felt too sensitive to continue. Ryan pulled his fingers out and kissed her stomach.
Sadie was exhausted, but she wanted him to know how satisfied she was.

Without Reservation by Lynn Burke
“Give us one night,” Jack said. “Please.”
She peered into his eyes, temptation swirling through her body. Just one night. She wouldn’t see them again, anyway, right? No harm in one little fling. Checked off number one bucket list desire…
Trevor kissed her palm. “Please.”

Tempting Asher by Ja’Nese Dixon
I mistakenly look into his chestnut eyes, stepping forward and I freeze. Accepting the heated offer in his eyes would only make this awful situation worse. I can’t crack.

I can’t pretend I asked, and he agreed. Asher couldn't possibly love me and grant a hall pass. Could he?

Bossy Boots by Nicole Morgan
He thrust forward. Pushing himself inside, reaching parts of her he’d only ever dreamt about. Her body arched into his. Their breaths heavy, their bodies hot and sticky despite the cool desert wind. Neither of them spoke, each of them pushing against and with one another.