As many of you may know I love my dragons. I currently have a series of blog posts on dragon here 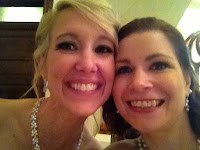 is the link. For those of you who don't know I also write romance books. I started with a full length novel titled For Their Sins. It's historical fiction crossed with vampire lore and its not for anyone under the age of 18.mythology. If you haven't had a chance to read the first post

Recently, after binge reading a romance collection of shifter romances I was inspired to write my own. Dragons were the natural choice. My best friend needed some cheering up and it was only supposed to be one story for her. I got a little carried away. Four books later the first collection was complete. I still wasn't finished though. There were characters with stories that needed to be told.

To celebrate Launch Day I am offering the first Box Set Dragons of the North at half off until Monday 3/26/18.

Hunter Silver was sent to Arizona to clean up the Southern Territory as their new Enforcer. After nearly a year on the job, things are finally falling into place.  Life was ideal. That is until a starved female werewolf wanders into his life. Hunter’s dragon says mine before it ever meets Lexa. This has trouble written all over it. Can Hunter save the territory and Lexa or will he be forced to choose?

After waking up in a cage, Lexa Greene runs as far as she can before nearly collapsing from exhaustion. With her memory gone Lexa has no choice but to trust a handsome stranger. Lexa’s wolf wants Hunter before her human half ever realizes what she is. But Lexa can’t start anything until she’s pieced her life back together, or can she? Will Lexa risk it all for a chance at love or will she run again?

These sexy dragons find love when they least expect it and sometimes when they don’t want it.

Enter a fantasy where devastatingly handsome men become dragons at will. Split into four territories, their power struggles put the women they love in danger. It’s the last mistake their enemy will make. A dragon will always protect their mate. After all, when you fall in love with a myth, you’re guaranteed a fairytale ending.
With 4 novellas and 5 sexy dragons in this set, there’s plenty of action and steamy romance. All of the stories have adult themes and are intended for adults. Book 3 is an MFM ménage.