Fairies, Fae, Aes Sidhe, Seelie, Tuatha Dé Danann, Aos Si are all names for the same beings. But why do they have so many different ones? Fairies have origins from all over Europe. They have roots in Celtic, Slavic, French, German, and

English. The term fairy, contrary to popular belief is used to describe more than small magical  human like creatures with wings. It is a loose term used to describe creatures of magic including things like goblins or gnomes, ethereal creatures, or sprites. If you think of the stories in Grimm's Fairy Tales you'll have a general idea of the types of creatures in this group.

The earliest origins of fairy lore stemmed from various ideas in multiple countries. Some cultures believe they are a hidden people that were around long before the human race. They once dominated earth but as humans spread they were forced into hiding. Others believed they are
fallen angels that did not follow Satan to hell, instead they chose to remain on earth. Another similar theory is that fairies are dead spirits that refused to pass on, while others go further and accuse them of being demons.

Fairies are recorded in oral traditions as early as the 13th century. Scottish ballads passed down stories such as Sir Orfeo and Thomas Rhymer. Their appearance in literature is scattered throughout the centuries. One of the earliest works was Beowulf in the late 10th to early 11th century. They resurface in the 16th century in stories like A Mid Summer's Night Dream, and The Faerie Queen.

In mythology and literature fairies can be helpful like Cinderella's godmother, or tricksters like Puck. Then there are the more harmful fae like goblins or trolls and even some who like to eat children. People throughout time have searched for wards and charms to keep from falling under their spells. Some believe wearing your clothes inside out, church bells and four leaf clovers will keep the fae away. Others think there is no protection. Unfortunately you'd probably have to know what type of fairy your dealing with and where they are from to find just the right method.

In my newest paranormal romance you won't even think about a charm to keep this fairy away. 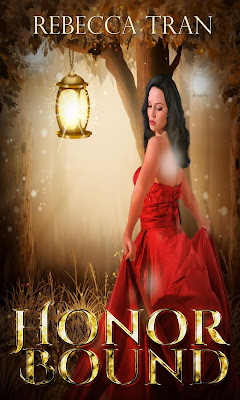 Liam is bored with everyday life in Underhill, the home of the Fae. When you’ve lived as long as he has few things hold any excitement anymore. When a mortal woman stumbles into Underhill all of that changes. She captivates him like none have in ages. Now Liam will stop at nothing to find her and make the mortal his. How far will he go to get what he wants?

Hallie O’Neil thinks she has it all figured out. She has a great career, serious boyfriend, and perfect New York apartment. Everything changes when an Irish Adonis walks into her work one afternoon. As hard as Hallie tries to fight it, Liam insists on inserting himself into her life. There’s something different about Liam that Hallie can’t figure out. Can she discover the truth before she’s in too deep?


After dinner, they went for a walk in the park. It was the perfect night. The air was cool. The moon was almost full. Hallie cuddled in close. It sent warmth through his body. It had been a long time since a woman did that to him.
Faolin stopped walking and pulled Hallie close. She wrapped her arms around him staring up into his eyes. He felt like he could drown in the depths of those blue pools. Mercifully she closed her eyes as he bent to kiss her. With Hallie, it was always warm and tender. Affection radiated from her. Tonight there was more. Desire was there as well. She pulled him closer, and he deepened their kiss. His tongue explored the recesses of her mouth. Suddenly Hallie tore herself away with a slight laugh.
“Maybe we should go somewhere more private,”  Hallie suggested.
That was fine by Faolin. He resisted creating a portal and walked with her tucked into his arm the whole way back. She played with his fingers kissing the tips now and then. It was enough to remind Faolin she wanted him. By the time they reached his apartment his pants were uncomfortably tight from Hallie’s teasing.
As soon as Faolin closed the door, he pinned Hallie to the wall with his body. His mouth covered hers and he felt the tension in her body rise. She wanted this as badly as he did. Hallie’s tongue slid into his mouth before she withdrew and bit his lip slightly. The lass was intent to drive him mad with desire. One of her small hands found its way under his shirt and ran over the muscles of his chest and abdomen. Hallie smiled against his lips. Faolin grabbed her ass and pulled her closer.


Hallie giggled slightly at Faolin’s forcefulness. It was the wrong move. The sound spurred his actions. If she liked that he could do so much more. Faolin picked her up and carried her to the bedroom. He tossed her on the bed then pulled off his shirt. Hallie lay back watching. She smiled with appreciation. Then he took off his pants, and she sat up a little. Faolin grinned. If that got her attention, he couldn’t wait to see what she did next. 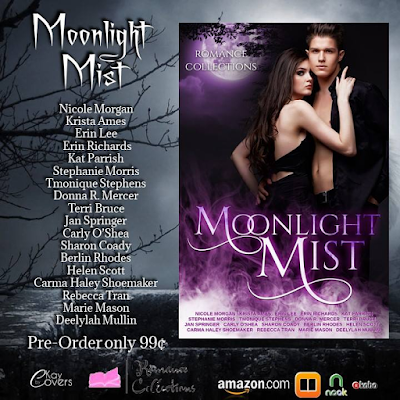 Somewhere underneath a moonlit night lies an underworld that some may not believe exists.
The creatures of this alternate plain lurk beyond the mist.
Searching.
Hungry.
Craving for what they need.
Some may find it. Some might even curb that hunger. But a few will not.
Without knowing what it is they need to satisfy a primal need, they seek out something more. Something that will test their limits in search of something greater. Something powerful... Something everlasting. 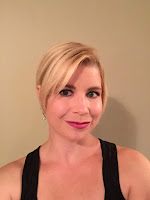 I am a mother, pharmacist and author. I write fantasy, sci-fi, and paranormal romance. I love all things related to books and writing. I am a huge nerd who loves Star Wars, Star Trek, Lord of the Rings and Dr Who. I have to catch up on the new season no "spoilers" please. If you would like to learn more about me or my work please visit my page or my website.

Faries, how exciting
I shared on my author site

Today on #OurAuthorGang, fantasy author Rebecca Tran offers up an excerpt from her novel, Honor Bound.
+
2
3
2

Very nice post, Rebecca. I like that you went deep into the Celtic thing. I love the "other races," and your excerpt is wonderfully enticing.
+
1
2
1

Rebecca Tran
3 months ago
+
1
2
1
Thanks Joe, I think most people think of English folk lore when they think of fae but they have deep roots in Ireland and Scotland. I could have done a whole post just on Irish fairy lore.

+Rebecca Tran -- you're welcome. Yes, you're right. And so much of Celtic mythology can also be found in other countries and cultures further north. The Danes had elves, too, for example. I often think the Fae went into hiding or into another realm with the rise of Christianity, a theory I once read somewhere years ago.

Rebecca Tran​ shares information and history of fairies and the fae, plus a HOT excerpt from her latest work on #OurAuthorGang. Check her out!
+
2
3
2
·
Reply

Great overview of fairies and the fae, Rebecca! And that excerpt was HOT!!
+
1
2
1
·
Reply

Thanks Ruth. So glad you liked the excerpt.

Thanks Chris. It’s nice to get away from dragons sometimes... not for too long though they get jealous.

Thanks Erika I hope it lives up to the other amazing authors in the collection. It should be a great set.

Today, Rebecca Tran​ offers a brief history of fairies and an excerpt from her book, Honor Bound. #OurAuthorGang
+
2
3
2
·
Reply

Rebecca Tran
3 months ago
+
1
2
1
There was so much left unsaid. Maybe another post is in order.

An interesting piece about fairies and their origins form Rebecca Tran. Also, check out the excerpt from her Paranormal Romance book.
+
1
2
1
·
Reply

Rebecca Tran has given us a glimpse into the world of the Fae and some enticing excerpts into some of her paranormal romance books today!
+
2
3
2
·
Reply

Rebecca Tran
3 months ago
+
1
2
1
The fae always offer endless possibilities seeing their history gives a richness to their story that wasn’t there before.

+Rebecca Tran I have to agree with you. I 've always been fascinated by them.
at October 18, 2018 No comments: