This is a portrait of Brashani, the wizard in the Aglaril Cycle just before the series begins. He changes quite a bit in the course of the story, but this is where he starts. 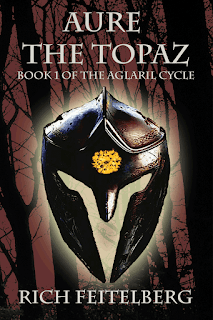 Thanks so much for agreeing to this interview. Firstly, could you introduce yourself?

I am Brashani Khusmesh. I’m a natural fire mage but I know other magic as well. I was a town investigator for Marngol, before the Massacre.

What would you consider to be your greatest strength?

What is your biggest regret?

Losing my wife, Pearl and son Markus in the Massacre.

Tell us something you hate doing. Why?

Living like a bum. It used to have a good life, now I can’t get a job or doing anything because people fear me. So I drink and live in the gutter. I also hate necromancers. They give other wizards a bad name.

Describe yourself in three words.

What is your biggest fear?

Do you see yourself as a hero? Or as someone just doing his/her job, doing what's right?

I am no hero. Back when I was an investigator I was just a wizard doing his job. Now, I’m not even that.

What are your hopes for the future