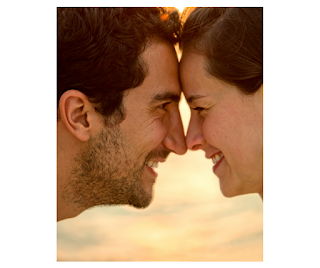 The 1980's brought us some of the most memorable couples. Let's take a look! 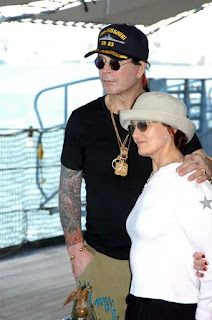 Ozzy Osburne, former lead singer of Black Sabbath, solo musician, and television personality, met Sharon Arden Levy in 1971. Sharon was working for her father, music executive, Don Arden, who'd just signed Black Sabbath. In a 1989 interview with People Magazine, Sharon recounts the meeting: "Ozzy walked into my father's office without shoes, with a water faucet dangling from his neck, and sat on the floor. I was terrified!"
Sharon and Ozzy married in 1982 and have 3 children. Ozzy says the important things in life are "I'm about caring, I'm about people,and I'm about entertaining people. I'm a family man, a husband, a father...and a lot of things from the past we won't talk about." Their marriage hasn't always been roses...more of a roller coaster...but love wins in the end. 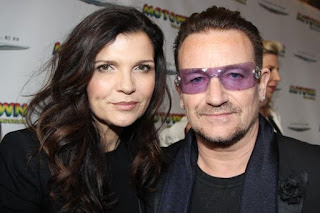 Paul David Hewson, better known as Bono, U2's front man, met his wife Ali at Mount Temple Interdenominational School. According to an interview from their website, Bono tried chatting her up several times to no avail. His several years long pursuit ended with them being cautiously together. Ali was afraid of being just another one of Bono's girls. The turning point in their relationship was after Bono's mother passed. Ali became his rock and the couple married at the Old Guinness Church of Ireland in Dublin on August 21, 1982. The couple have 4 children. 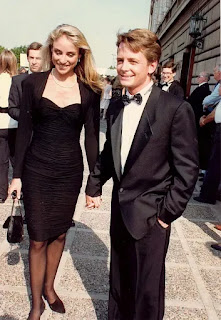 "Family is not an important thing, it's everything," says Michael J. Fox. Fox got his start on the sitcom, Family Ties, where he met his wife, Tracy Pollan. Pollan played the girlfriend of Fox's best friend. Their first kiss was on the set of Family Ties.  A few years later they met on the set of Bright Lights, Big City and began a relationship.  They were married on July 16, 1988. They have 4 children. Michael J. Fox is a public advocate for Parkinson's.


I love this series. Couples who stick together for better or for worse, that's what marriage and relationship is about.
+
3
4
3
·
Reply

Thank you so much, Erika. Yes, relationships take work...but love is the glue that keeps it all together.

Grace I always love your choice of couples. It reminds me that there is still hope for love out there.

Grace Augustine continues her series on Famous Romantic Couples. Feel the love in this post on Our Author Gang.

You have information here on couples who could have called it quits, but did not do so. It's vital to remember why you married in the first place and to keep that love blooming.
+
1
2
1
·
Reply

Fascinating couples! I'm afraid except for maybe Will and Jada Smith, I don't have any idea who's still married and who isn't. Great post Grace! Thank you for sharing!
+
1
2
1
·
Reply

Another great post. I'm not sure I would have picked those couples except for Michael J Fox, but they are all good examples of enduring relationships.
+
1
2
1
·
Reply

Great post by Grace Augustine on enduring love amongst celebrities. It's good to know that love conquers all.#OurAuthorGang
+
2
3
2
·
Reply

Thank you, Nikki! Yes, I believe love does conquer all.

Today on #OurAuthorGang, Grace Augustine talks about famous romantic couples, in part 3 of her series.
+
2
3
2
·
Reply

+Grace Au -- yes. I've always cheered them on, and they are certainly great role models.

Thanks so much, Toi!

I loved this post being a romantic at heart. I just love how Bono tried several times to catch Ali. He must be a man who knows how to pursue what he wants. And he got her!
+
4
5
4
·
Reply

Wasn't that sweet? I love happy ever afters!

+Grace Au I know! Me too! I'm such a die-hard romantic. I really loved this post.x

I am really enjoying your posts about famous couples!!
+
3
4
3
·
Reply