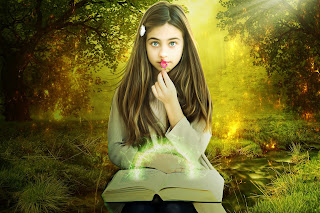 In my last blog post on this topic, I discussed the nephilim or human-angel hybrids. This legend comes directly from passages in the Bible. The only matter up for debate here is specific interpretations of the word. That is a topic for another day and probably better left to theology scholar, not a pharmacist who writes fantasy at night.

This week instead I thought we would discuss a legend that arises from the “unofficial” books of the Bible. As discussed previously those books did not meet the specific criteria to become an official canon of the scripture.

The book of Enoch was lost for almost 2000 years. The writing it contained was so taboo that most of the copies were deliberately destroyed. Although, some copies survived and were rediscovered in Ethiopia in the 18th century. They were later translated and gave more detailed accounts of the Nephilim, and the Watchers. 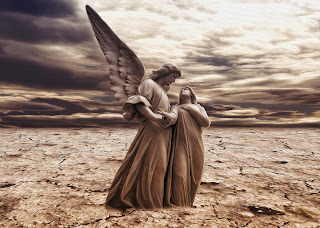 The fallen watchers were a group of 200 angels that descended from heaven to earth. They lived among humans, married human women and taught humans many subjects that they were not supposed to. The information was supposed to build naturally as humans evolved instead the fallen angels forced it on them all at once.

Enoch describes God’s wrath on his fallen children. The leaders of the group were forced to watch their families kill each other while, the remaining fallen watchers were chained and locked in the

“valleys of the earth.” Their sentence was to last for 70 generations or until their or the final judgment depending on the translation. This same event is mentioned in the Bible Jude 1:6-7, however, the supporting details are lacking. Enoch gives a detailed account of the events surrounding their punishment.

When starting to research the sequel to my paranormal romance, For Their Sins, it seemed like the perfect obstacle for my Heroine to overcome. Who knows what would happen if you unleashed 200 angry fallen angels. Unfortunately, the novel is still a work in progress, it’s in my ‘to do’ pile though and I can’t wait to get back to it. In the meantime, ForTheir Sins is available now.  The companion short story, Unlike the Rest, is always free.