Putting the Spotlight On: The Atlantis Grail 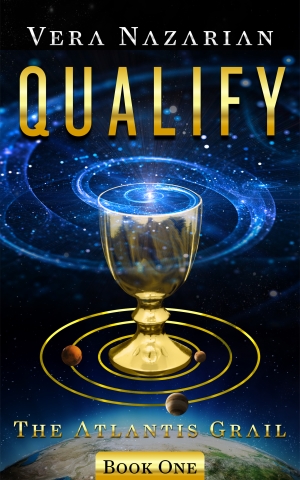 With the plethora of young adult dystopian books available today, one might think there's nothing new under the sun. Well, they'd be wrong!

Two-time Nebula Award finalist and 2018 Dragon Award nominee Vera Nazarian has not only busted through the YA barrier, her wildly creative science fiction series, The Atlantis Grail, is still gaining traction in the genre. In fact, the series has been optioned for film!

The story begins with the discovery of a world-killing asteroid and the first contact with the Atlantians, who had migrated to a new world long before modern civilization began. But here, let's share the book description of the first of the series, Qualify:

You have two options. You die, or you Qualify.

The year is 2047. An extinction-level asteroid is hurtling toward Earth, and the descendants of ancient Atlantis have returned from the stars in their silver ships to offer humanity help.

But there's a catch.

They can only take a tiny percent of the Earth’s population back to the colony planet Atlantis. And in order to be chosen, you must be a teen, you must be bright, talented, and athletic, and you must Qualify.

Sixteen-year-old Gwenevere Lark is determined not only to Qualify but to rescue her entire family.
Because there's a loophole.

If you are good enough to Qualify, you are eligible to compete in the brutal games of the Atlantis Grail, which grants all winners the laurels, high tech luxuries, and full privileges of Atlantis Citizenship. And if you are in the Top Ten, then all your wildest wishes are granted… Such as curing your mother’s cancer.

There is only one problem.

Gwen Lark is known as a klutz and a nerd. While she's a hotshot in classics, history, science, and languages, the closest she's come to sports is a backyard pool and a skateboard.

This time she is in over her head, and in for a fight of her life, against impossible odds and world-class competition—including Logan Sangre, the most amazing guy in her school, the one she's been crushing on, and who doesn’t seem to know she exists.

Because every other teen on Earth has the same idea.

You Qualify or you die.

With the first three books in the series already published, the grand finale, Survive is well on its way to completion. Vera's 60,000+ followers on wattpad.com are eagerly devouring draft chapters of Survive as she writes the final book of the series. 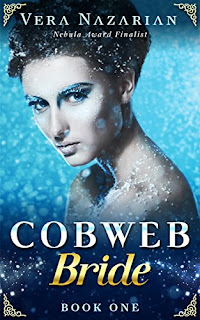 While waiting for the last book of The Atlantis Grail series, readers can also enjoy her Cobweb Bride trilogy. Like The Atlantis Grail, the first book is permanently free on Kindle. Vera's lush writing style suits the Renaissance-era fantasy as Death seeks the promised bride. 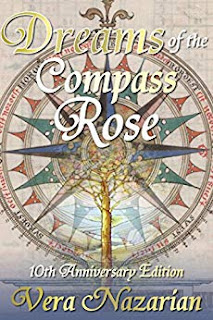 In addition to these books, Vera has a number of highly recommended science fiction and fantasy novels and novellas available. Stop by her Amazon author page and check out this amazing author's books!

Thank you for sharing! Vera is an amazing author.

All that hard work and now you can reap the rewards. Many congratulations.

Best wishes with seeing your vision come to fruition on film!
+
1
2
1
·
Reply

That's so exciting. And LOL, no, Vera has no voice in the casting!

The amazing Vera Nazarian​'s YA series The Atlantis Grail is being spotlighted on #OurAuthorGang! And note: Book One is FREE on Kindle!