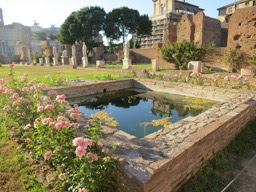 Alicia Keys sings, ‘This Girl is on Fire’, and I can honestly say that Christina Ciccone, my lead character in The Last Vestal Virgin is on fire—and literally!

I got a chance to visit Rome a few years ago and was so taken with the Temple of the Vestal Virgins and their history. I had to learn more and was intrigued enough to write this story when I returned home.
Imagine you are a normal teenage girl and all of a sudden you begin to see and feel things that are not of this world. Visions of an ancient goddess appear telling you that you belong to the ancient cult of the Roman Vestal Virgins that formed back in 717 BC by King Numa Pompilius.
Young Miss Ciccone is troubled and her family and doctors shrug it off as just teenage angst and nerves. Seems her friends also sense something is amiss when they witness strange things happening around their friend.
The Vestal Virgins were chosen to keep the sacred fire burning in the temple, which many believed kept Rome safe.  They were said to possess magical powers as well and worshiped the goddess Vesta. Their duties were to tend to the fire and keep wills and testaments of higher dignitaries safe—including that of Caesar and Mark Antony. They also prepared food for rituals and cared for sacred objects in the temple sanctuary.


Once a girl was chosen to be a Vestal, she would be led away from her parents at the tender age of 6 to 10 years old. It was an honor and one she’d keep for thirty years.
The vestals were ordered to be disbanded in 394, by the Christian emperor, Theodosius. The last Vestal Virgin was said to be Coelia Concordia and the fire was extinguished forever.
Christina Ciccone’s life was simple up until high school and her class trip to Rome would be a life changer, for she would have to choose to let Rome fall into chaos or leave this earthly plane and her family and walk through the fire that would lead her to a place she never knew existed.
The Last Vestal Virgin is a paranormal YA thriller where history meets mystery! Real facts on Rome’s ancient cult of the Vestal Virgins are woven throughout the story.
Amazon link~ https://www.amazon.com/gp/product/B00OOWTQ0U/ 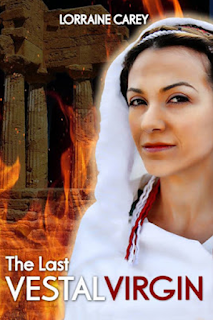