Fake It Till You Make It

Is it a good advice? 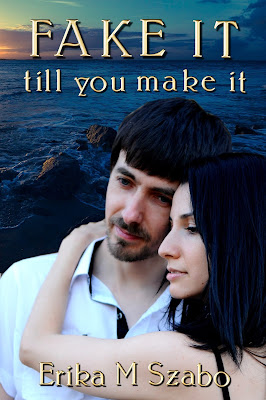 I wrote this short story remembering all the seemingly perfect families I've met in my life.
They show a picture perfect family life but hide the struggles, heartache, compromises, and sacrifices they made to get there.
People are not perfect and we all come with a baggage. We can live a happy life or a create a chaotic life. It all depends on the choices we make

Nancy arrives home from a long day at work. She kicks off her high heels and walks into the kitchen. Bruce lights the candles on the dinner table and embraces her in a warm hug. Her two girls, ages five and six, are running from the playroom to greet her. Their handsome seventeen-year-old boy looks up from his computer and smiles at her.
A beautiful picture, isn’t it? The man plays the role of the happy househusband and the wife is the breadwinner. Nothing is wrong with that. But, let’s just see how they got to this ideal picture of a happy home.

A short snippet from the book

Bruce remembered a conversation he had with his father a long time ago.
They were sitting at the kitchen table having a beer when he was just a teenager. He felt so grown up and important because his father let him drink a beer. He asked his father if he ever loved his mother. He had watched their relationship since he was a small child, and he couldn’t sense any devotion on his father’s part.

“She’s a dumb bitch. What’s there to love? But she’s a good mother and a good provider. I find my love elsewhere, son. The home is for security and comfort while I’m looking for a job,” he said, winking at Bruce. “She’s well trained if you know what I mean,” he continued.

Bruce wanted his father’s approval desperately. He was the role model for absentee fathers, but occasionally they had a moment together when he felt some closeness to him. All his life he believed that his mother and, as a matter of fact, every woman was just a meal ticket to an easy life. That’s what he saw, and that’s what he learned. He thought about relationships rationally: have fun with a girl but marry a steady woman on whom you can depend, as his father said. He had many girls to have fun with, and when he was in his early twenties, he began looking for a wife. He moved in and out of fleeting relationships, and he was surprised in the beginning that after four or five months, the women threw him out. They saw right through him and they refused to be used. He asked his father about it.

“Son, you have to be smart. You can’t just sit at home watching movies all day. Of course, they will find out you have no intention to work. You must ‘fake it till you make it’ Take a job, do it for a couple of weeks, and then get yourself fired. Find a way that makes it look like it wasn’t your fault. Then you’re okay for a couple of months; they will leave you in peace to look for another job,” his father advised him.
It worked for years, and he could stay in a relationship longer and longer.