Welcome, Monika Summerville. So glad you could be on our blog today. 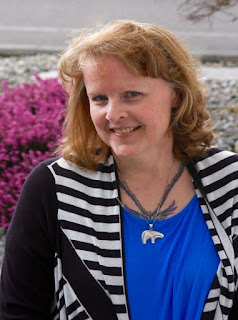 Monika Summerville is an avid reader, loves good, intense movies, and works hard on her writing career. She lives in Western Washington state with her four cats: Agamemnon, Tazmania, Jasper, and Jericho. Her preferred genre is erotica/romance and has written The Risky Dance Series as well as two books for Siren BookStrand--Midnight Weary and  her newest release, Her Lie, His Truth, that released September 27th. 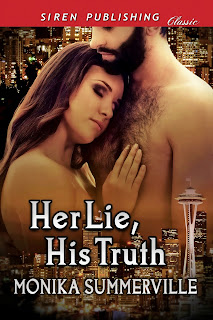 Seven years ago as a parishioner at The Sanctuary of the Prophet,  twenty year old Kara King was asked by the administrators to help set up a journalist, Jim Hollis, who'd been writing slanderous articles about their organization. She was told that the journalist had drug problems and abused women. Kara agreed to assist in their plan.

Seven years later she sees Jim Hollis, again. He'd just been released from prison for a rape and a beating he didn't commit. All he wants is the truth, and he is prepared to pull out all the stops to achieve just that...even lie to Kara. With the help of his brother, Jim kidnaps Kara and begins convincing her that the Sanctuary has been lying to her... their Prophet is dead and they've used her as a puppet from the beginning.

Will Jim convince Kara to tell the truth and expose the corruption within the Sanctuary, or will the continued lies destroy any chance of a life for them?


If you're interested in following Monika, you may do so at the links below:
Amazon:  https://amazon.com/monika-summerville/e/B01E1XS8AK
Facebook: http://www.facebook.com/monikasummervillebooks