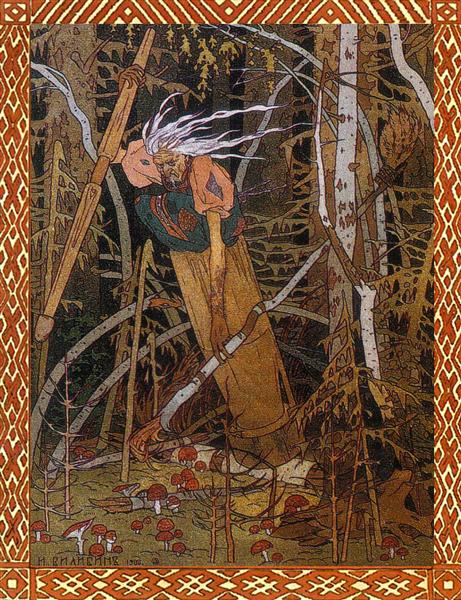 In my earlier posts I told you that Baba Yaga was a witch from Russian and Slavic folklore and that she was always described as an old crone. Last post on I talked about her role in folktales and looked at the story of Vasilisa and Baba. If you missed my earlier posts you can find them here Post 1 & Post 2.

Today we will discuss Baba Yaga's house and servants. While Baba herself is powerful and feared she also has servants that are just as terrifying for petitioners to deal with. For the most part, Baba Yaga seems to want to keep it that way too. Even asking about her servants can get you killed. 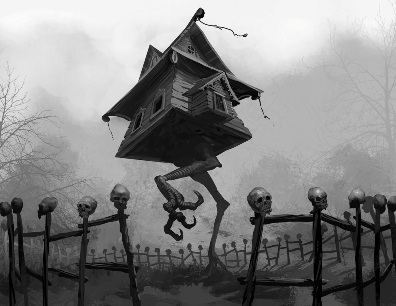 No matter what version of Baba Yaga you read her house is almost always the same. She lives in a
cottage in the woods surrounded by a fence made of the bones of her victims. Her house has the legs of a chicken so it can get up and move at Baba's will to make it harder to find.  Only the small details of the house change some say there are no doors or windows or that a door appears with a magic phrase. While others say the windows serve as eyes giving the house a feel of self awareness. 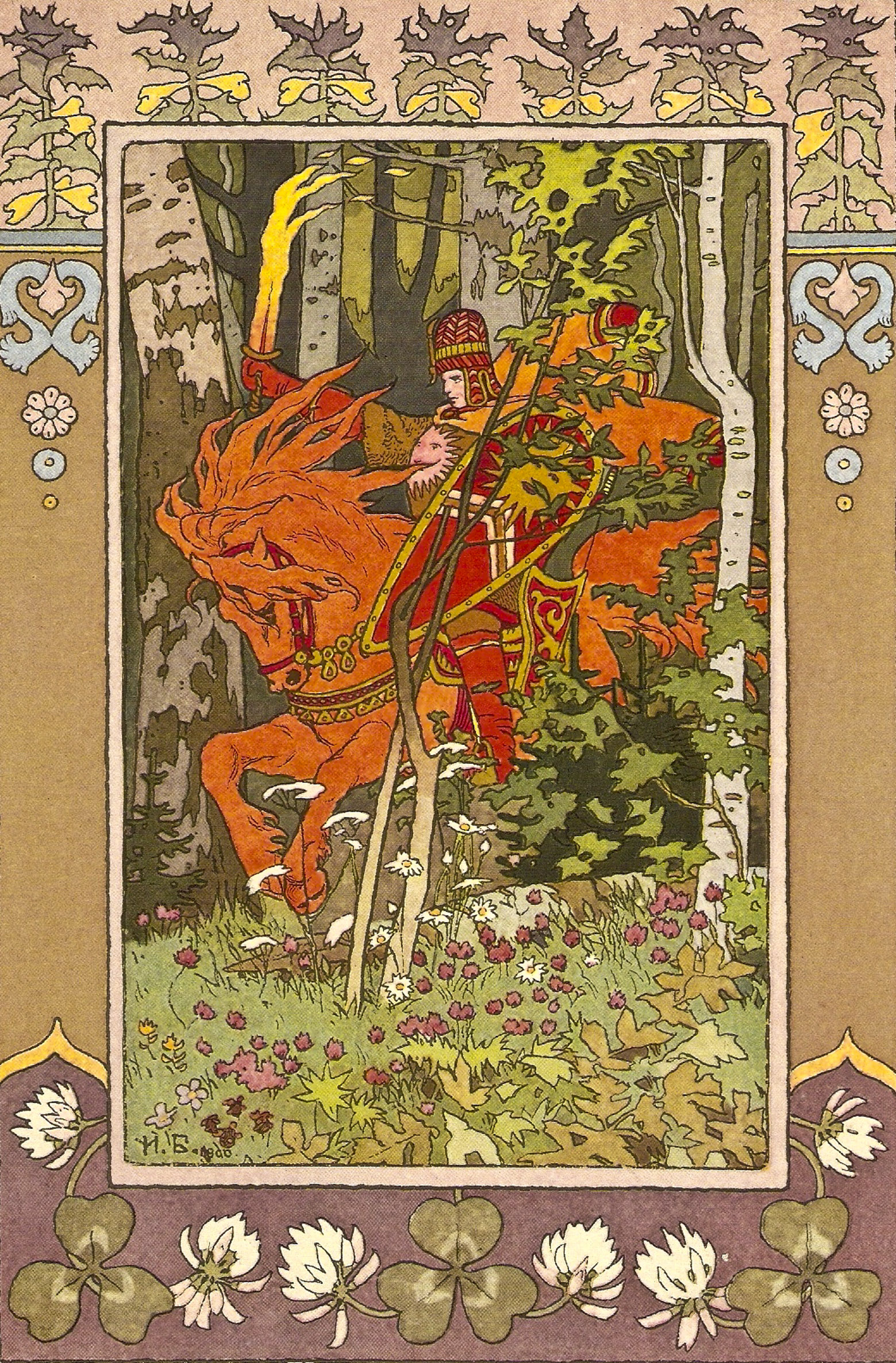 That they are merely representations of the passage of time in physical form that Vasilisa can see. Others take things more literally and agree they are horsemen bound to Baba by some contract or favor owed. Another argument says the horsemen control those times of day and if Baba controls the horsemen she controls that as well.

Not much is said about Baba Yaga's hands. Most references mention the disembodied helpers in passing. Baba calls them her soul friends and they do her bidding whatever it may be. It is implied that Baba's whims can be rather cruel and dark in nature however one story I listened to had a soul friend stirring a cooking pot. The soul friends were a taboo subject that not even Vasilisa the beautiful dared ask about. It's one of those things we'll never truly know about.

Join me on July 26  to see how Baba Yaga is making a reappearance in popular culture and on August 9 I will wrap up the series with a special post on Marzanna the goddess of witches.

You can found out more about me and my work on my page. 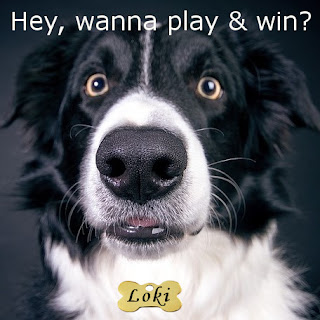 Click here to enter for a chance to win $50
COMMENTS

Yeah, it's a really cool character.

Baba Yaga’s servants are as interesting as they are creepy. Find out how in my 3rd post in this series on #OurAuthorGang
+
1
2
1
·
Reply

Today on #OurAuthorGang, Rebecca Tran tells us more about the life of the interesting Slavic witch, Baba Yaga, her house and her servants.
+
1
2
1
·
Reply

Learn about Baba Yaga's servants. They're not your average maids. #OurAuthorGang
+
1
2
1
·
Reply

Rebecca Tran shares the legends and folklore of this ancient witch and her chicken-legged house. Today, she features Baba Yaga's servants.
+
2
3
2
·
Reply

I don't think I'd ever heard of Baba Yaga until she appeared in my favorite author's series. Thank you so much for these wonderful posts about the folklore surrounding this legend!! Fantastic series!!
+
1
2
1
·
Reply

It's interesting learing folklore and traditions. Thanks Rebecca.
+
1
2
1
·
Reply

Great post about Baba Yaga and her servants. Love to read about these old legends.
+
2
3
2
·
Reply

You've really got me intrigued here. As a paranormal author I'm all ears now. My Croatian granny told me stories about her too.
+
3
4
3
·
Reply
View all 4 replies

+Rebecca Tran No, it's surely not.