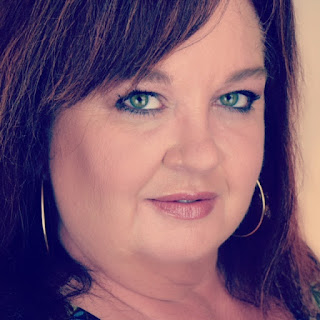 Maggie Adams is an Amazon Best-selling contemporary romance author. She's the recipient of the Dayreader Review's Best New Series award in 2015 for her Tempered Steel series. Her series has launched the tiny town of Grafton, Illinois into international recognition. When Maggie isn't writing, she enjoys traveling (usually to the grocery store) dancing (around the kitchen to avoid cooking) and relaxing with her family (aka taking a nap while watching a movie.) She loves to chat, so make sure to look her up. 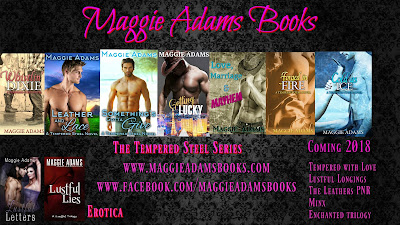 (The Tempered Steele series is for mature readers 18 and older)

Meet the Coalsons...
A few years ago, the tiny village of Grafton, Illinois, nestled along the banks of the mighty Mississippi River, was almost completely destroyed by a flood.  Rather than pull up stakes and move elsewhere, many residents vowed to rebuild their hometown, making it bigger and better than ever.
One resident was Mac Coalson, eldest son of Hank and Ginny Coalson. Mac, together with his parents and six brothers, set about the arduous task of clearing, cleaning, and repairing what could be saved.
Not everyone was happy to be rebuilding the town. When vandals strike the new construction sites, it's up to Mac and his brothers to catch the culprit before anyone is hurt.
The brothers: Mac, Sam-an ex-Navy SEAL, Chance-the Cassanova, Lawrence "Lucky", Brandon, Nick, and Tanner...are in for some wild shenanigans as they protect Grafton and those they love.
As you read through this series, you will fall in love with strong male characters who long to protect their family, romance that blossoms for each Coalson brother, and a family bond stronger than the gold rings on Hank's and Ginny's hands 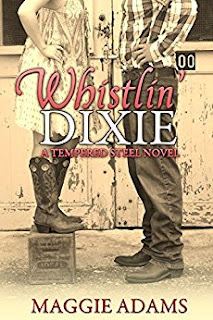 In Book 1 of The Tempered Steel series, we find Mackenzie Coalson determined to rebuild his hometown after a flood all but destroys Grafton, Illinois. He has no time for a relationship...or all the romantic junk that goes with it. He has a vandal to catch and no sweet-smelling bundle of femininity is going to sway him.

Dixie Harris charged into the County Sheriff's office with a sassy sway and a smart mouth, eager to give the sheriff--and anyone else--a piece of her mind. When she locks horns with the devil himself, in the form of Mac Coalson, she quickly learns he has a temper that rivals hers (even if he is the living epitome of her sexual fantasies.)

When the two unite to catch a potential murderer, it's in everyone's best interest to keep it "business only." But, that's hard to do when their combined attraction is volatile enough to burn down the town.
at November 25, 2017 No comments: