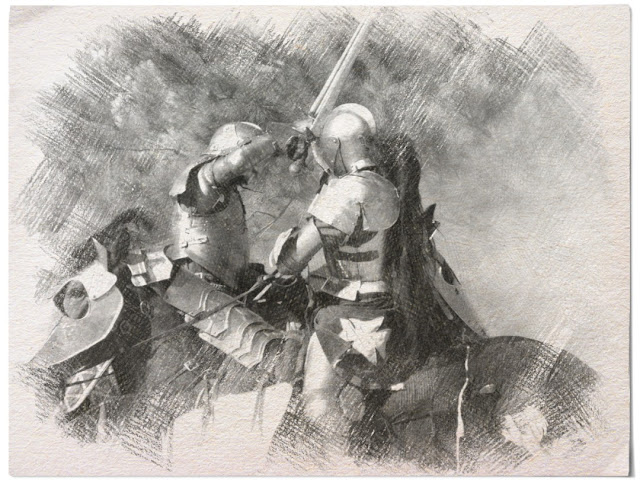 Jesus wasn't betrayed by an enemy. He was betrayed by a friend. As was King Arthur. That is how the story goes anyway.

Mordred, the noblest of knights, betrayed his King and in doing so, he brought down a kingdom. But that is not all. Mordred was not just a Knight of Camelot. He was of royal blood.

Mordred was the son of Morgause - Arthur's sister -  but there is debate as to who his father was. Some say his father was Morgauses' husband, King Lot of Orkney, which would make Gawain his brother. While others say he was Arthur's illegitimate son, begot with his sister. Either way, he had royal blood running in his veins. So how did Arthur and Mordred find themselves leading opposing armies on that fateful day in Camlann?

"The strife of Camlann, in which Arthur and Medraut fell."

Although they cannot be counted as a primary source, they do however draw on older stories - probably verbal - of the telling of this great battle. If you have not already noticed, the quote above says nothing about Arthur fighting Mordred at Camlann. It states that both men fell (died) at Camlann. Mordred was one of Arthur's most loyal knights, therefore it would make sense that they died together because they fought together. Which begs the question, how did Mordred become the villain of the tale?

And we believed him.

The ancient Welsh texts were the first to associate Mordred with Camlann.  But Monmouth's casting of Mordred as the villain was soon accepted as the truth and others expanded upon this story making Mordred something of an Anti-Christ - or an Anti-Arthur. 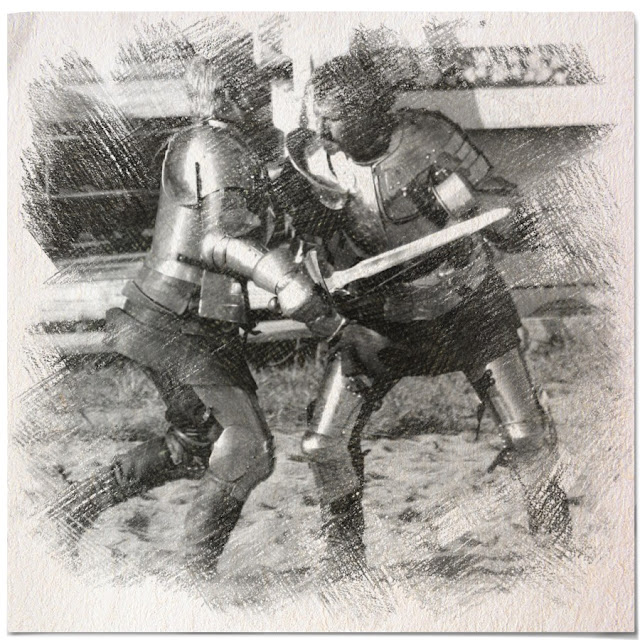 Time passes, and the story changes. Lancelot enters the tale, and some of Mordred's villainous activities are passed on to Lancelot - such as the affair with Guinevere.

Thomas Malory who penned Le Morte d'Arthur sticks with tradition and casts Mordred as the villain but this time there is a slight twist to the tale. In Malory's version, Mordred believes that Arthur is dead, slain by Lancelot. Mordred, with parliaments consent, is crowned King and when he hears that Arthur is alive he does take his army to meet him. But this begs the question, why would the Knights follow Mordred instead of Arthur. Malory gives us a clue..

"...with Arthur was none other life but war and strife, and with Sir Mordred was great joy and bliss."

In the Lancelot-Grail Cycle, Mordred is succeeded by his sons. The sons, like their father, had treachery running through their veins. In the older text, it is Constantine who tracks the brothers down and kills them. In later versions, it is Lancelot and Bors.

But the extent of Mordred's treachery does not end there.

"...him who, at one blow, had chest and shadow / shattered by Arthur's hand..."
(Canto XXXII)
This quote is from Dante's Inferno. If you seek Mordred you will find him in the lowest circle of Hell - a place set aside for traitors.


Mordred is cast as a magically Druid boy in the BBC show Merlin (2008 - 2012). He becomes a Knight of Camelot and has no notion of treachery until his beloved is sentenced to death. Ironically, if Merlin had accepted Mordred as a source of good, then Arthur would never have died - but hey, what kind of story would that have made?

Mordred became the villain, but maybe he was not so evil as we have been led to believe.

Read the series for FREE on
Kindle Unlimited 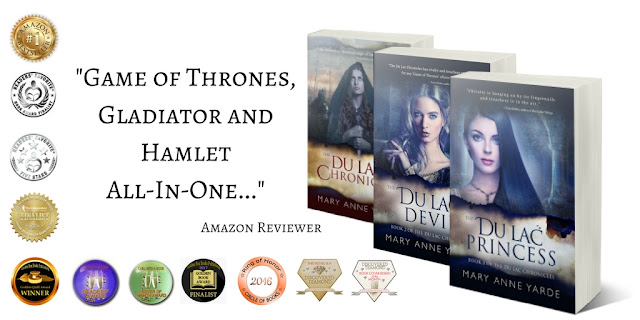