I've said it before and I'll say it again, I love all things fantasy and science fiction. Mix in a little romance and you've got me hooked. When I decided to write a stand alone romance for an anthology that I am part of, Moonlight Mist, I stepped away from shifters and turned to Ireland for inspiration. More specifically the fae and Tir Na Nog, or Underhill as most know it, were my muse. Who could resist beautiful creatures and a land of magic? Certainly not me. The result was my newest title Honor Bound. 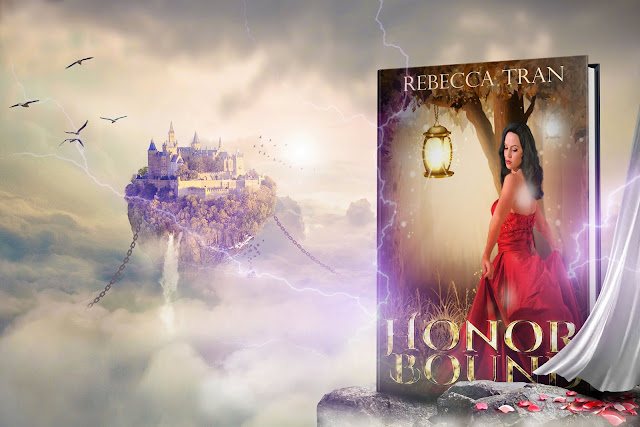 Blurb
Liam is bored with everyday life in Underhill, the home of the Fae. When you’ve lived as long as he has few things hold any excitement anymore. When a mortal woman stumbles into Underhill all of that changes. She captivates him like none have in ages. Now Liam will stop at nothing to find her and make the mortal his. How far will he go to get what he wants?

Hallie O’Neil thinks she has it all figured out. She has a great career, serious boyfriend, and perfect New York apartment. Everything changes when an Irish Adonis walks into her work one afternoon. As hard as Hallie tries to fight it, Liam insists on inserting himself into her life. There’s something different about Liam that Hallie can’t figure out. Can she discover the truth before she’s in too deep?

Excerpt
Faolin gave Hallie her own room while she was visiting his Uncle’s home. He didn’t want to presume too much. It wasn’t surprising though when she slipped into his room after the house quieted down. Hallie always had a way of lighting his fire. After months apart though her touch was like an inferno. He hated having to return to Underhill even for that short amount of time. Being away from her was torture.
All of Faolin’s attention was focused on Hallie that night. He lavished every affection on her. Faolin brought her to the brink of ecstasy over and over before they both tumbled over the edge together. Hallie lay in his arms afterward content and beautiful. Faolin brushed the stray hairs from her cheek enjoying the fleeting moment.
With a slight growl of frustration, Faolin eased out of bed. He pulled on his pants and went downstairs. His aunt and uncle would still be awake. He found them in the library by the fire enjoying a glass of wine. His aunt studied him a moment, however, it was his uncle who spoke.
“I’m glad to hear the mortal pleases you.” His uncle smiled half laughing.
Faolin knew it meant they heard at least part of their lovemaking. At the moment he didn’t care.         “She pleases me more than any woman has in centuries, uncle.”
His uncle stopped smiling, and his aunt set down her wine. “Can it be true?” his aunt asked studying him.
“Faolin I forbid…” His uncle started.
“Don’t, I beg you. When is the last time I asked anything of you?” Faolin asked his uncle.
His uncle snarled, “At least 300 years.” He let out a heavy breath. “It’s too soon Faolin.”
“At least grant me permission to pursue it.” Faolin offered his hand.
“You know the rules.” His uncle warned.
“Better than anyone” his aunt volunteered.
His uncle took Faolin’s hand “Agreed. I Faolin of Underhill swear that I will abide by the rules while pursuing Hallie O'Neil.”
“Honor and Magic bind thee.”  His uncle said formally. Faolin felt the magic sweep over him. There was no going back now.

Honor Bound is part of a paranormal romance anthology Moonlight Mist written by many talented independent authors. It is available on Amazon, Kobo, Barnes & Noble, and other fine retailers. 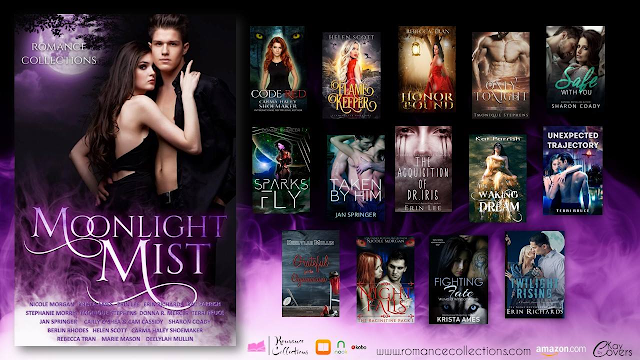 I am a mother, pharmacist, and author. I love all things fantasy and science fiction. It should come as no surprise then when I say I write fantasy, science fiction, and paranormal romance. I've also tried my hand at horror once or twice. I enjoy watching anime and romance movies. Currently I am working my way through Naruto Shippuden. Summer is coming and school is ending which means I'll spend more time at home with my kids than at work thanks to PTO. If you read my bios or my blog I'll keep you posted on our travels. If you want to find out more about me check out my website, or you can find my books on my store.