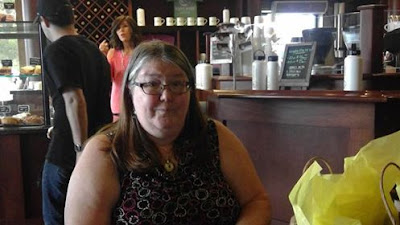 Christina Weigand’s a writer, wife, and mother of three grown children and a middle school daughter. She is also Nana to four granddaughters. She lives with her husband and youngest daughter in Pennsylvania after a short sabbatical in the lovely state of Washington. She has three published YA Christian Fantasy novels; Palace of the Twelve Pillars: Book One, Palace of the Three Crosses: Book Two and Sanctuary of Nine Dragons: Book Three. She also has a woman’s Bible study Women of the Bible: A Study published. Recently the first book in a MG Fantasy series was published, Sir E. Robert Smythe and the School Bully with the remaining five to be published over the next year and a half. Through her writing, she strives to share the Word of God and help people young and old to realize the love and mercy He has for everyone.

What inspired you to start writing?
When I was a teenager I wrote because I loved to write. After taking a sabbatical from writing I returned to it after my fourth child was born, because I was a stay at home mom with a need for a creative outlet.

What genre do you write?
I write YA and MG Christian Fantasy. 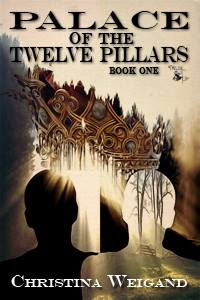 Excerpt from the book:
"Then his gaze fell on Waldrom. Here was the man, so smug and condescending, who sought to destroy Crato and threatened his parents. He didn’t seem the least bit imposing reclining upon his throne. Disgust overwhelmed the prince, and it was all he could do not to spit on the floor. The man was the antithesis of his father, who, with his broad shoulders and compassionate demeanor, commanded the respect of all who knew him.

The king rose from the throne and waved for the guard to bring Joachim forward.

“Prince Brandan? No, I’m Joachim.” Waldrom stepped back, and Joachim saw the fire burning in his eyes.

“What do you mean, you’re not Prince Brandan?”  Waldrom looked at the guard holding Joachim and waved his hand. A candelabrum flew from the wall, hitting the guard and igniting his beard. The guard swatted wildly at the flames while Waldrom advanced on Melvane, standing by the door. “How could you grab the wrong prince?”

The wizard dropped to his knees. “My Lord, our spies told us Prince Brandan would be in the training room."