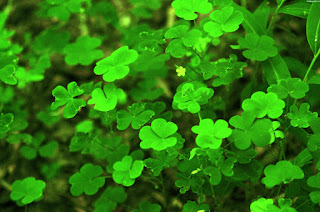 Aengus McCracken had been coming to this pub well over seven years, the same amount of time John O’Shay had been behind the bar. The man always ordered the same thing, a pint of Guinness, “black as it comes.”

“Aengus, I slid your pint to ye when I took your coin,” John replied.

Aengus turned to the man sitting to his right, another regular, Conor Callahan, and elbowed him.

“Do ye see a pint in front of me, Callahan? Their ain’t no pint…and I paid for one.”

By now, Aengus was a bit frustrated. The more upset he was, the louder his voice. Soon everyone in the pub was listening to the man ramble on about not having his drink.

John drew another draught and slid it down to Aengus, making sure it hit his hand this time.

“That’s better, lad,” he winked and downed half the glass.

John knew he’d slid a drink down the bar to Aengus, but for the life of him he didn’t know why there was no glass, no evidence of it. He shook his head and continued drawing draughts and pouring whiskey for the patrons.

“Conor, can I top that off for ye?” John asked, the bottle of Tullamore in his hand.

“Never known me turn down a topper, have ya? To the brim with it, lad! Thank ye.”

John poured the rich amber liquor in Conor’s glass, right up to the brim, as asked.

There was quite a ruckus goin’ on, you see. A championship football game was showing on the television. The pub was divided and cheering for their respective teams. The noise level was such it was difficult to hear anything. John learned early on to just carry bottles to his customers and nod. If they nodded back, he refilled their glass…that included pints for Aengus McCracken, too.

Conor turned back to his drink after checking the score. He grabbed his glass and looked at it.  He knew he hadn’t taken a sip from that full glass of whiskey, yet it was nearly gone.

“I don’t know what to tell ya, Conor. You saw me fill the glass.”

The wee chuckle of a leprechaun was heard in the distance. followed by the whistling of a familiar Irish drinking tune,