Twenty-five years ago, invaders captured Andropolis, the capital of Thalacia, and ended the rule of King Leonard. According to prophecy, the invaders can be ousted and the royal line restored only by wielding the Aglaril, seven elven gems of unprecedented power.

However, the circlet in which the gems were set was destroyed millennia ago and the gems lost. At least, that was the common belief. Evan Pierce, a priest of St. Michael, discovers one of the gems belongs to the town jeweler. He also uncovers a plot to steal the gem and does what he can to keep it safe. But it is not enough.

Now, Evan must recover the gem by relying on a motley group of adventurers for help. Together, they must overcome a series of obstacles or humanity's one hope for restoring the royal line will be lost forever. 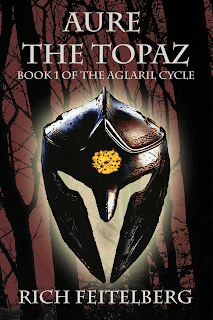 From amazon.com: Five stars. Possibly one of the best books I have read so far this year and the best fantasy I have read in a while. This book read surprisingly quick, it is easily appropriated for younger readers even early teens but it still very much so appeals to adults. There wasn't a lot of detailed world building that you normally expect, it just naturally flows and you learn as you read but don't feel lost at any point. There are a wide variety of characters, each with their own clear back story. There are several storylines going on at once but they mesh so well you don't feel you need to keep track of them. This was a very well written fantasy novel and now I can't wait to get my hands on the next book in the series!


GUESS > VOTE > WIN
Guess if our blog will or will not reach 100,000 views by December 31st
If your guess will be correct, you might win an eBook package or signed print in this giveaway by our authors.
https://goo.gl/forms/N3u2eNWCvqiV1c2I3 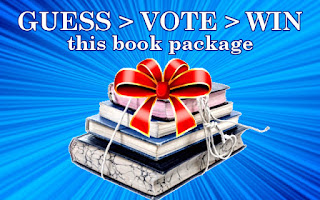