Join me in welcoming Aubree Lane to our blog today. 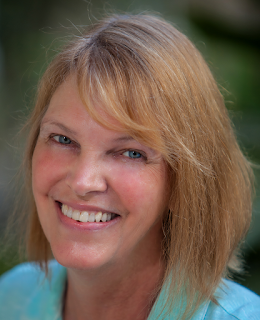 Aubree Lane is a true storyteller. This award-winning author has been writing in one form or another most of her life and has loved every minute. She lives in the beautiful foothills of Northern California with her husband, two wonderful sons, and super special peek-a-poo named Tanner. When not managing the pooper scooper, Aubree can be found at one of her favorite vacation spots--anywhere from Lake Tahoe to Maui. Her motto: Write Until Your Butt Hurts and Your Eyes are Crossed.

Aubree books are for mature readers over 18 yrs of age. She loves hearing from her readers and may be reached at: 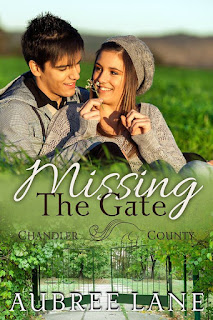 Excerpt from MISSING THE GATE

Bella had arrived. Before she dismissed the car, the young woman checked the address one last time while praying she was in the right place. Vague snatches from the ominous gate from her childhood seemed larger and more daunting than the rusted out version standing before her. The vines trailing up the iron fence hid the house and property she partially owned.
"This is the address you gave me, miss," the cab driver insisted. "Are you getting out, or would you like me to take you to a different location?"
If only she had somewhere else to go. Bella hadn't seen her aunt since kindergarten. After dear ol' Auntie heard the news she was about to lay on her, Bella doubted their reunion would be a happy one.
After straightening her knitted cap, Bella braced herself. "Looks like I'm home," she answered brightly. Then, with as much determination as an eighteen-year-old could muster, she paid the driver and stepped back into a world she was no longer a part of.
The driver left her luggage sitting on the ground outside the gate and drove away.
Alone, nervous, and unsure of her future, Bella had no other choice. Her mom was dead. If her father was still alive, he would probably be in the area, but Bella had no wish to reconnect with his fierce right hook. With little more than the clothes on their backs, battered Dory Porter bundled her five-year-old daughter and fled for their lives.
Bella had no memory of her former surname.  Before leaving Kentucky, their new identities had already been formed. What recollections she had evolved around the estate before her. A kind aunt who loved to cook, a large yard to run and play in, and this gate, which helped protect them from the drunken wife beater and local loan shark, Quincy Porter.
Bella peeked her head through the bars and caught a glimpse of the two-story ranch house. Her heart sank at the sight of paint peeling from the siding and drooping gutters.
A white-haired woman dressed in jeans and a brown barn jacket pushed open the screen and called out, "Can I help you?"
This was it. There was no turning back.
"I'm Bella. Are you Lily?"
Shocked filled the old woman's face and the cup of coffee in her hand dropped to the ground. She stared with her mouth agape for several seconds before rushing down the steps.
"Bella, is it really you?" Her short legs rounded the bend and hurried toward the gate's code box.
The pillar was located several yards inside the property. One of the few stories her mother had related about their past life was the one where her dad tried to gain access to them by crashing his truck into the box's original location. He totaled his vehicle for nothing. The estate was on lock down. According to Mom, Aunt Lily never felt safe after that and had the code box relocated inside the iron fencing. Now the only way for an outsider to get in was with a special key fob.
Before her mother passed away, Dory sent Lily a letter, telling her to expect Bella to come and claim her inheritance.
By the excited look on her aunt's face, Bella figured the letter had arrived.  Lily entered the code. The gate groaned and slowly began to move.
Squeezing through the opening, Bella got a load of the complete and total disrepair of Abel Manor. Her mom led her to believe something better waited for her here in Chandler County, but it appeared as if her inheritance was worthless.
The smidgen of hope she had before leaving Los Angeles vanished. Panicky palpitations from her pounding heart made Bella unsteady and light-headed. Breathing became difficult and it felt like her own lungs were suffocating her.
The last thing she saw before passing out was her aunt reaching out to catch her.