The Ghosts of Morgan Street - A psychological thriller 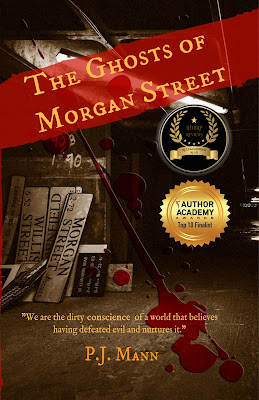 Every time I think about how I started to conceive this story, it breaks my heart. The Ghosts of Morgan Street, far from being a horror tale talking about dead people coming to haunt the night sleep of the living one, are those people living at the margin of the society.
They are homeless, drug addicts, alcoholics, prostitutes.
Some of those come from a traumatic past from which they could not get out, others had a successful life, but recession took from them everything.
All those people are living in a community they've built up for them.
Harri, a gentleman from Finland, is the man that opened me the way to this novel. He had a life, a job, and a family. After the recession, he could not find anymore a job, and lost the house, giving up to alcoholism.
He lives in the park with other homeless, and when it's too cold, he can ask Police to host him to the jail for the night, at least he would have a dry place where to stay. 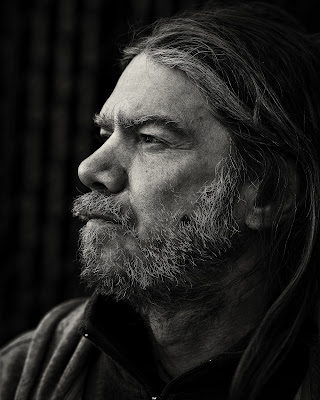 I have envisioned him as the man that will create a bond with the main character of the story, Jake, a young man rejected by the family, Patrick Blackwell. He is the man who, regardless of the fact of having lost everything, still finds the strengths to hope for something positive to happen, a chance to get back to what he'd lost. The great chance seem to arrive with the swearing of the new State Governor,

Darren Lewis, a man, determined to listen to the problems and needs of the homeless community.

Of course, together with the tale of their lives, I have inserted in the story my personal touch; a dark twist, a mystery that Jake will have to solve together with a friend ready to help him out, the chief Detective of NYPD, Ayden Boone.
Excerpt:

Darren turned his gaze to the car's window; the sun was starting to set, and people were talking to each other sitting on old mattresses. Those were the ghosts, invisible, yet too upsetting to be real ghosts.
Some of them looked lazily at him, but it was as if they were not even paying attention, it was as if they were both looking at a far image.
Too far to be even concerned about each other, he thought, “how can it be that we reached this point?” He suddenly wondered.
“We reached it because we focused only on what can gain a profit. We started to put economic growth in front of everything, and we forgot that not everybody can follow the same growth. Therefore, instead of slowing the pace, we figured that there was something wrong with people who cannot walk as fast as the others. They are the cause of their misery, and we all should forget about them. We believed that they are not as useful as people who can run faster and produce more, and that is when we transformed them into ghosts. We taught our children to despise people who are not strong enough to stand the rhythm of industrial production. Everybody has the duty to contribute to the economic growth of the homeland; everybody needs to sacrifice for it. It is not a question of whether you will get anything back from your sacrifice because nothing will be returned. We have indoctrinated our children to produce without asking, to be proud just of the fact of being part of the big machine. We raised perfect slaves, and when slaves cannot perform, we can discard them and forget about them. We convinced ourselves that this is the right way; that is what we have done, Sir.”

Buy The Ghosts of Morgan Street here: https://www.amazon.com/gp/product/B07C9RJVK6
Available also on KU
To know something more about the author: https://pjmann2016.wixsite.com/pjmann
Follow me on Facebook: https://www.facebook.com/paperpenandinkwell