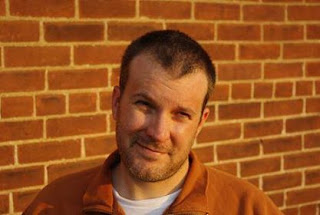 Walter Rhein is the author of Perseid Press release Reckless Traveler, an expat novel dealing with his adventures living and traveling in Peru. He runs the blog StreetsOfLima, and writes for Silent Sports and other print and online publications. He can be reached for comments at: WalterRhein@Gmail.com

What inspired you to start writing?
Writing is a compulsion. If I don't get up in the morning and write for an hour or so, I don't feel like the day is complete. It's a nice ritual of keeping your life in order. Writing helps you to organize your thoughts and, eventually, make sense of them. If you are unable to make sense of them, you can at least arrange them in a fashion that is pleasing to look at. Sometimes the nonsensical result ends up being the best.

What genre do you write?
Dystopian Fantasy, Heroic Fantasy, Humor 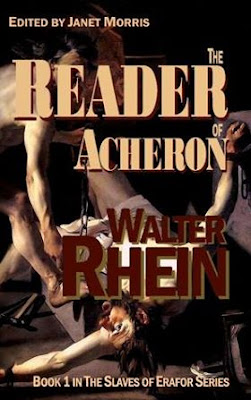 Excerpt from “The Reader of Acheron”
“Did you know there once was a time when all children were educated in a great variety of subjects?”
Kikkan shook his head.

“That building we were staying at was such a place.  It was called a school.  Every day children were brought to similar buildings in their village and separated into groups.  They were then instructed in subjects such as writing, mathematics, and history.”

“Concepts were simplified.  Subjects were separated and the children worked on relevant concepts for an hour or so before being dismissed to the next lesson.  These dismissals were signaled by a bell.”

Kikkan marveled at the ingenuity of it.  “It must have been wonderful.”

“It could have been,” the old man admitted, “but it wasn’t.”

“But I thought you had respect for the concept of education.”

“I do.  But these schools were not truly about education.  You see, it was all a grand deception.  Learning the skills of reading, writing and arithmetic were secondary goals.  The real purpose was to trick the children into thinking they were obtaining something useful, to get them to submit to the necessary conditioning to make them a functional workforce.  The schools were not really designed to expand the children’s minds or encourage them to embark on grand new thoughts.  No, the true purpose was to give them the most basic level of competence at rudimentary skills then train them to work in groups, conform to an hourly schedule, and obey a central authority figure.  The whole system was designed to proliferate the submissive mentality necessary for maintaining an industrialized nation.  The goal was never to create packets of individual, creative, maverick thinkers.  The system was designed to make followers not leaders; drones who willingly bowed to a higher authority – any higher authority.”

“Because a need for a central authority figure is an unnecessary remnant of primitive, semi-savage civilization.  Adherence to that misguided need creates a cultural ceiling that results in the prolonged, unnecessary suffering of every member of the society.”

Adam spat the last words to emphasize his disdain.

Kikkan found his head was spinning, he found he needed something to connect to.  “Were the slaves taught as well?”

“There were no slaves,” Adam replied.  The question seemed to take the wind out of him.  Then he laughed.  “Well, not officially anyway.”