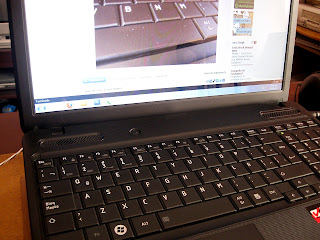 While writing by the seat of your pants can lead to pleasant surprises, a little plotting never hurt a story.

Being a pantser, I start off with little or no planning. A scene comes into the movie that runs in my head, I start writing, and away we go. But, once I get going on the story, I start making notes on plot points that I want to return to before the story ends.

It's a pet peeve, as a reader, to not have any conclusion to some of the plot points. Sure, if it's a series, not every question will be answered, but don't leave me hanging on major points! For example, not to cap on Anne Hillerman's continuation of her father's stories, but I actually went back through her second book to find the "bad guy" scenes. I felt that there simply wasn't enough about that character to lead the reader to the story's conclusion. A few plot notes to remember to mention him a couple more times, one or three more scenes so the reader had a better sense of his "at any cost" determination, would have dramatically improved the story. Having said that, I'm still eagerly awaiting her next venture into the world of Manuelito, Leaphorn and Chee.

Thus, following my own strong opinions, I do end up with a little plotting while letting the story line and characters lead me through the story. Writing is like weaving, the threads should work together to make a coherent whole. In a series, there should be elements that flow from one story to the next to tie them together. 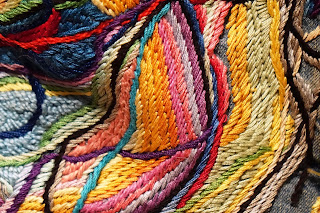 In my own WIP, Bitter's severe mushroom allergy, which was introduced in the short story "Bitter Blood," is an important plot point. The shadows that surround her are also important elements of her stories, even though she makes it very clear that she doesn't believe in ghosts. "Bitter Nights" twists and turns through the events until the final scene.

A little plotting helps me stay on track, even when Bitter wrests the keyboard away and a whole new scene appears on the screen...