On a Dare She Wrote: Grace Augustine #OurAuthorGang

We invited authors, aspiring authors, and poets to be our guest on the Author Gang's blog.
https://asmallgangofauthors.blogspot.com/p/join-us-be-our-guest.html


Author Grace Augustine took submitted her beautiful story and chose this picture to match her story. 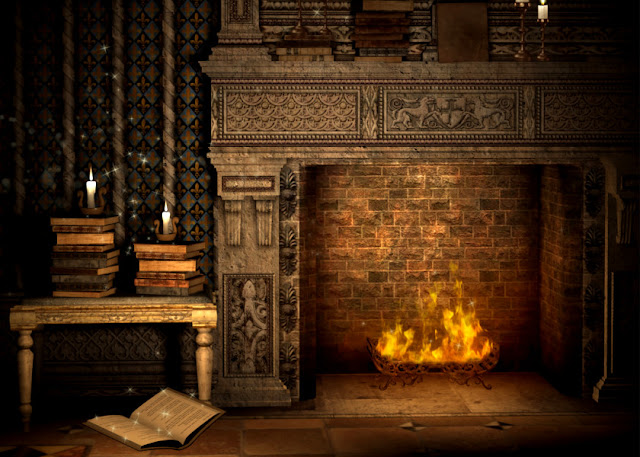 There’s a chill in the air and the heat from the fireplace feels wonderful…especially after spending most of the day outside doing chores.

I don’t mind milking the cows or tending the chickens. After all, it is food for the table.

I think it’s going to be another harsh winter. We lost several heads of cattle last year because of the frigid temperatures. There’s only so much coal you can burn and someone needs to be awake twenty-four hours a day, seven days a week to assure the barn doesn’t catch on fire. We only have ourselves, and of course, my brother Billy. It’s a challenge to take turns staying up all night.

Lance is doing the best he can, I know that. Poor man, he works from the dark of morning to the dusk at night. When he’s not outside tending to the animals or making repairs, he’s inside working on the financial aspect of keeping this place going.

Me, well, I keep the home fires burning. I make sure his clothes are clean and there is hot food on the table. I take care of the dog and cats and try to get a bit of sewing done so I can take it into town.
Jenny and Mick run the general store. Jenny’s said that my dresses are some of the finest she’s seen and she goes on lots of buying trips for fancy fabric. She says if she could take them into the city, they’d bring top dollar. I don’t know about that. It would be nice, though, to have some extra money. I just like to sew. She wants me to use some of that fancy lace fabric for something she calls overlays. She’s willing to take me with her the next time she goes into St. Louis.

Lance and I have been married for ten years now. Seems like yesterday when my Daddy and Momma walked me down the aisle. It was a lovely early spring day, and we had the wedding outside at my Grandmother’s house in her fabulous garden. The trellis of roses smelled divine as we stood under it reciting our vows.

We’d thought by now we’d have several children running around. That’s not the case. Doc says I can’t have kids, something about my female parts not being developed properly. Lance says it’s alright. So long as we have each other, that’s all that matters. I still wish I could have a baby or two to cuddle.

Lance and I usually sit in the rockers in front of the fireplace after the dishes from dinner are washed and put away. He plays his guitar and sings such wonderful songs to me. Sometimes he just plays music. When he does that, I read or work on my ever-growing stack of mending. Can someone tell me how there can be so many holes in a pair of socks?

The fire is dying slowly, the sign another day is ending.  I’m sure we’ll awaken to a new foot of snow. But that is tomorrow and tomorrow has its own adventures. Right now, it’s time for Lance and me to head to bed and snuggle down under the heavy wool quilt. We’ll hold each other until we fall into a restful sleep and Lance will once again be up before the sun to care for our land and provide for our needs. I sure do love that man. 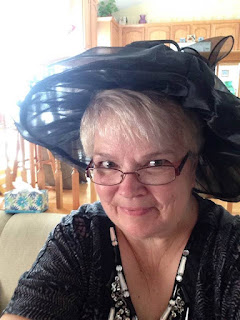 My fascination with the written and spoken word began as a 6th grader. I was like a sponge. I couldn’t get enough spelling, sentence diagraming, and literature. This passion followed me through junior high and high school and into adulthood.

I write mainly romance in several genres. The Acorn Hills series is a seven-book series based in the Pacific Northwest and deals with life issues and romance for the over 50 yr. old group. I have written a paranormal romance trilogy, a 40+ yr. collection of poetry/prose, a contemporary romance, and a self-help book. I am currently working on book 1 in a Christian romantic suspense series.

I’m originally from Northern Montana, currently live in Iowa, have 2 adult sons and a three-year old cat named Bou, who is Princess of the Manor.

Are you an author, not published yet but love to write stories or a are you a poet?
Click on this link and take our writing challenge:
https://asmallgangofauthors.blogspot.com/p/join-us-be-our-guest.html
at August 12, 2017 No comments: