Pick a Book day at #OurAuthorGang 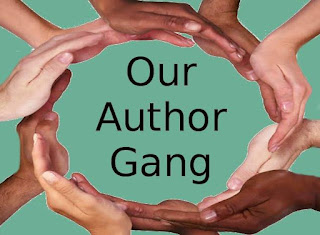 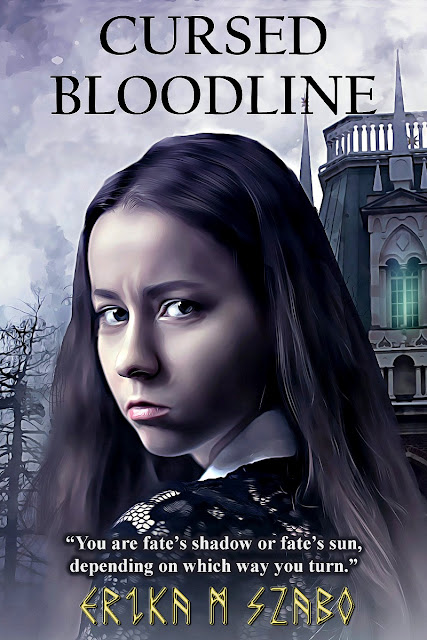 Emily pulled out her necklace and showed it to Daniel. “I kept the ring too,” she said. “I had it plated with gold and the blue glass stone replaced with sapphire.”

Daniel held Emily’s hand and swallowed hard, trying to get rid of the lump in his throat, “I tried so hard to find you, but my parents always hushed me when I asked, and we didn’t move back to my hometown until it was too late. Your Aunt Julia said you stopped visiting, and she refused to give me your address or phone number. A year ago I accidentally overheard her telling a neighbor in the store that you were a third-year medical student in New York. That’s why I transferred to New York on a student visa. I was hoping to find you…” He choked up.

Emily’s heart warmed and she looked into Daniel’s eyes, “You did that just to find me?”

“Yes,” he replied as he bowed his head. A small, sad smile played in the corner of his lips, and he continued, “I’ve been searching the net and social sites for years, but I couldn’t find anything about you. The only lead I had was that you were in medical school, and I followed it.”

Emily gasped when she realized, and exclaimed, “My parents changed our last names when we moved to upstate New York. My father said he wanted a fresh start. I was twelve years old, and I really liked our new name, St. Claire. I asked about you and wanted to visit, but my parents kept us busy. They took us on vacation to New Zealand and a lot of other places, and they never let us go to Hungary again. Grandma visited us once, but her visit was short and she argued a lot with my mother.”

“No wonder I couldn’t find anything, I was searching Molnar, the name I knew,” he exclaimed. “I knew deep in my heart that destiny would bring us back together.” His eyes sparkled. 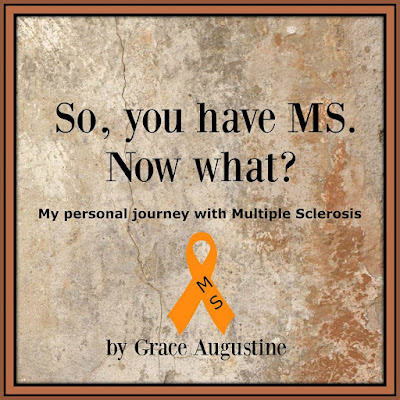 "My first test, the dreaded MRI. I’m semi-claustrophobic. This is not a good thing. It’s late afternoon, I’m tired. I’m stressed. Now, I have to lay flat on my back in this sausage casing-like tube for an hour for imaging of my brain and spinal cord.

Sigh. End of day one.

Day two began early. Another neurologist. This one was from Scotland. He performed the standard nerve testing and made his notes. Mind you, these “visits” are an hour or more long. The patient is put through strength testing, tuning fork testing, and my most favorite…lets poke you with a sharp instrument testing (the point of a safety pin) along all of your nerve meridians.

After going through the same exact testing with a third neurologist, this one from China, it was lunch time. We made our way down to the subway level, grabbed lunch, and kept a close eye on the time.
An hour is like minutes in this expanse. I was mesmerized by the people: young, old, crutches, wheelchairs, bandages, amputees, Americans, Africans, Europeans…all there for varying reasons. Some wore suits, some were in colorful native attire. People watching passed the time as I was pushed along in the wheelchair.

Two more appointments and day two would be history. Back up to 8th floor neurology clinic to see yet another neurologist and down to the lab for additional bloodwork.
I can do this." 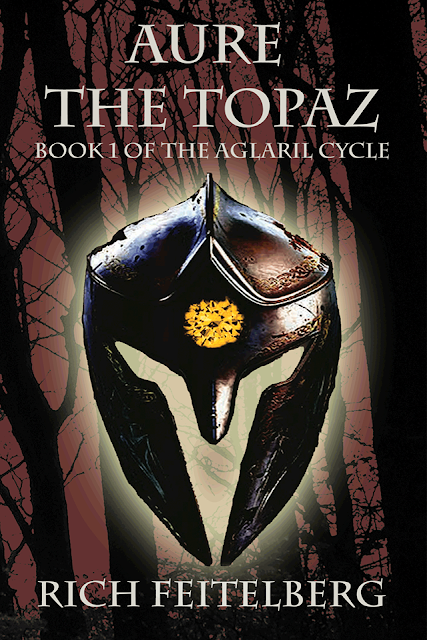 The audience hall in Wrightwood Manor was large and stately. White marble with red veins covered the floor and a narrow red carpet ran down the middle of the chamber from the large double doors at the back, to the dais at the front.

The doors opened and Father Evan Pierce, a priest of the Order of St. Michael and a demon hunter, strode into the room followed by one hundred Michaeline knights. Each knight wore a breastplate of polished metal emblazoned with a silver sword. The group clanked and clanged across the hall until they reached the end of the carpet.

At the foot of the dais, Evan knelt on one knee and bowed his head. The knights behind him did the same.

Seated atop the dais in an elegantly carved chair of bone and ivory, His Grace, Duke Wrightwood looked at the others in the hall dispassionately. He gestured with one hand. “Arise and report. How fared you in the Mirean ruins?”

Evan stood and smiled. “Very well, Your Grace. We captured two necromancers and killed two others. The pentagram they were preparing was cleansed and destroyed, thereby thwarting any plans they had for using it.”

His Grace pursed his lips. “And what of their leader, Jormundan? Captured or killed?”

The Michaeline priest sighed and frowned. “Neither, I’m afraid. He escaped, vanishing like a ghost at the end of a difficult battle that almost killed Sir Ahlan and me.”

Duke Wrightwood’s jaw tensed a little at this news and his blue eyes flashed with a fire Evan knew well. “Then we have no clues as to his plans for stealing magic jewelry of great power.”
“Not exactly, Your Grace." 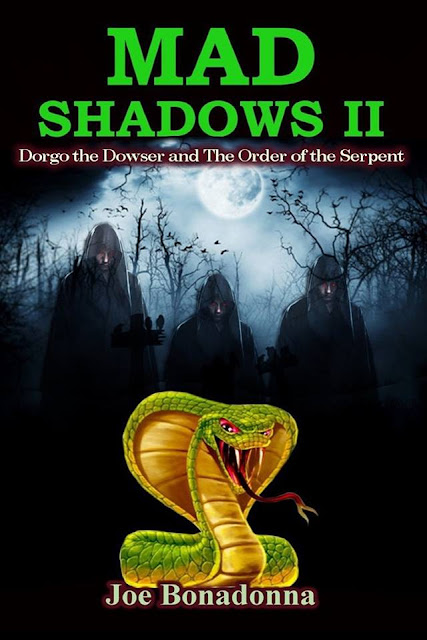 Her name was Jivvy Trenovis, a pretty young woman in her early twenties, with sienna-hued skin beginning to turn blue from the cold. She was lying naked in the snow of a small clearing, stretched out as if she were about to be crucified. A circle of nine candles surrounded her; black candles, still burning. Her eyes were fixed and open, not blinking or squinting from the glare of the sun, but she wasn’t looking at anything in this world. She was still breathing . . . just barely. In her left fist she clutched a crumpled piece of parchment.

Naked trees swayed in the gentle breeze like dancing skeletons. Icicles dripped cold tears from bony branches. Fresh snow covered the ground like a burial shroud. Somewhere off in the forest, a banshee howled at the morning sun. Not a good omen.

Nine black worms slithered in an endless circle around Jivvy. They were as long as my cavalry saber, and each had human arms and a face that would have looked perfect on a mummy. Although I wanted to snatch the paper from her hand, I didn’t — not with those ghastly fat worms in the way. I’d never seen creatures like those before.

“I was on my way to Valdar when I found her,” Captain Mazo told me. “Her brother’s not home. I found her clothes piled near the back door.” 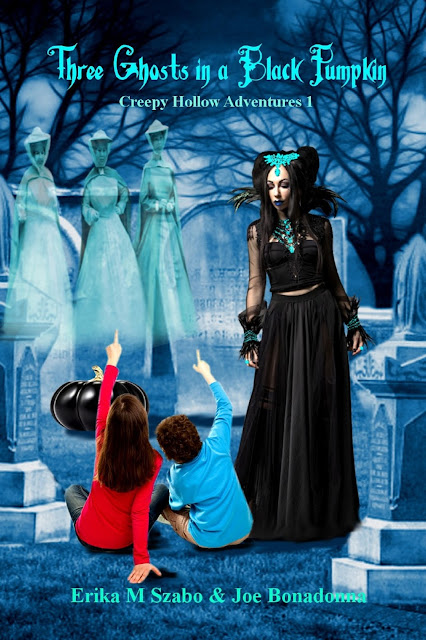 “I wouldn’t carve that pumpkin or take a picture of it if I were you,” said a strange, chiming voice out of nowhere.

Nikki and Jack were stunned. They turned and looked around.

“Who said that?” Nikki demanded.

“I did,” the voice replied.

The two cousins could now pinpoint where the voice was coming from and looked up at Mister Bonejingles, the silver wind chime.

They jumped to their feet at the same time.

“How come you can talk?” asked Jack, feeling scared but curious. “You’re not supposed to talk, Mister Bonejingles! You’re just a wind chime.”

Taking a step closer to get a better look, Nikki asked the silver skeleton, “Then what are you?”
“My name is Wishbone Jones.”

“Where did you come from and how come you can talk?” asked Jack.

“I come from Creepy Hollow, a land that exists in another realm,” said Wishbone Jones.
“Never heard of it,” said Nikki.

“Of course you haven’t,” said Wishbone. “Few people in your world know of its existence, and those few are all children, just like yourselves.”

“Well, my name is Jack, and this is my cousin Nikki,” said Jack.

“I’ve been watching you two kids and it’s very nice to meet you both.”

Nikki took the wind chime off the hook and held it in her hand. “So how did you end up here, on Grandma’s front porch?”

“That’s a bit of a long story,” said Wishbone.

“We have plenty of time before we go Trick or Treating,” she said.

“Well,” Wishbone began, “once upon a time I was a great warrior. I fought many battles until I was badly injured in the Troll War, protecting The Trinity of Wishmothers, who watch over Creepy Hollow.” 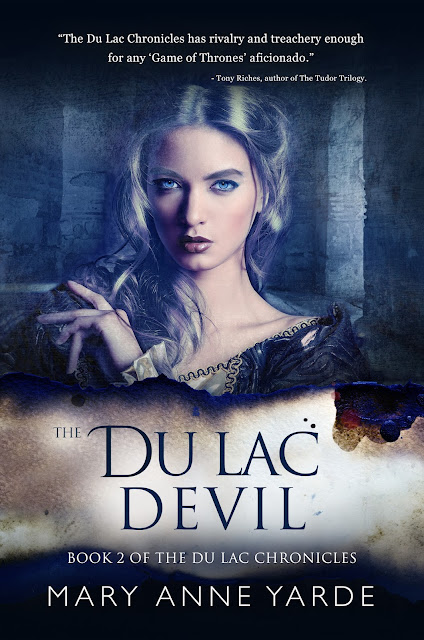 “Is it true you signed a pact with the devil?” Philippe raised his voice on purpose, and the Hall fell silent.

“You go too far,” Alden said, rising to his feet in defence of his brother.

Philippe stood also, his gaze never once wavering from Merton’s. “I am not afraid of you,” he stated arrogantly. “I am curious though as to why you came here. You are not welcome. Budic has all but disowned you.”

“I came here to burn and pillage,” Merton replied dryly, and there was a collective gasp at his words. “Why else?”

Philippe looked at Merton in fearful disbelief for a moment and then he laughed, loudly, and others, taking his lead, began to laugh as well, albeit nervously.

“I shouldn’t have asked,” Philippe said, wiping tears of amusement from his eyes. “You were always one for jokes, were you not? I am glad that has not changed. Although I hear the devil has a new apprentice.” His tone was one of jesting and his words brought more laughter from the Hall, but gone was the mirth in his face.

Philippe leant across the table and poured himself some wine, before sitting back down in the chair he had so recently vacated. “Tell me, for I am curious, what goes through your mind when you round up a village, lock them in a barn and set fire to it?” The Hall once again fell silent as they waited for Merton’s answer. 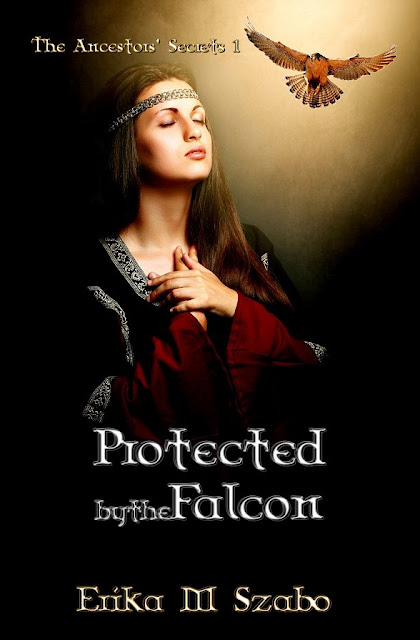 Morana’s castle was well-hidden from prying eyes, deep in the woods on the mountain side. Nobody knew about its existence, only Zelda, her trusted servant throughout the centuries.

The soft humming of her rotating, air-filled mattress relaxed her and protected her withered body from developing bed sores. The Royals and Elders were furious when they found out many centuries ago that Joland had shared the gift of eternal life with her and gave her the power to keep her body young. The Elders separated them, but they couldn’t make them mortal again. She has lived so many lifetimes, alone, because Joland was exiled to a timeline in the distant past. As his punishment, he couldn’t move forward in time with her. The Elders succeeded in taking away the ability to rejuvenate her body, which became bones with wasted muscles and shriveled skin. Although her withered body was useless, the power of her mind allowed her to reach the remotest part of the world and beyond.

Morana closed her eyes and began searching the complicated network of the Collective Memory, in her mind. She murmured under her breath, “The Elders took everything I valued in life from me, but they never found out I could read every word that is written by every gifted Hun, after they have reached maturity, and if they used the ancient letters given to them by the Ancestors.”

Morana’s prune-like face lit up with a grin, “Good girl, Adel. You are the servant of the Leaders and can’t talk to anyone about this, but you just wrote in your diary that the Elders are planning a meeting. Oh, I see. One of them is about to take her last breath, and they need to choose her successor. Hmm… could I use it to my advantage? We’ll see. There is another interesting sentence here; you are worried about your mistress, Csenge. She seems distant and unhappy. Let’s see what our Leader has been writing…” she scoured Csenge’s desk in her mind.

“What?” Morana shouted angrily when she read Csenge’s note in her calendar, “The Chosen One, Ilona, is coming of Age today.” 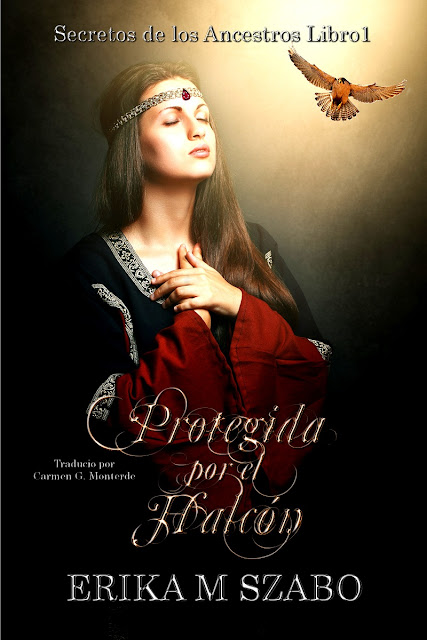