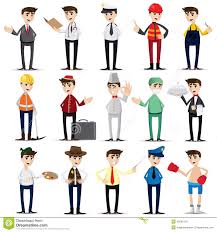 I am often asked where I get my inspiration from to write stories. It’s a good question. It’s also a very complex one.

I suppose it all depends on where I am and what I want to achieve. My fellow man can be an endless source of inspiration. Sometimes I overhear a conversation that triggers an idea.

For example, when I was in a charity shop looking for second-hand books, a woman came in with a large reproduction of Picasso’s painting ‘Cat catching a bird’ and asked if the shop would like to sell it. 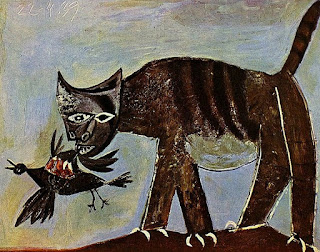 The assistant was not impressed and thought the painting was by a child and declined her offer. The woman stormed out mumbling something about philistines and uncultured people etc.


I thought it was quite funny and used the incident as the start of a short story about a disabled woman trying to get back her life by beginning to paint again. Here is an extract from the short story

‘Rousseau’s Suburban Garden’ from the anthology-Glimmer

“The assistant mumbled her way to the window display and dragged the picture towards her. She picked it up as though it weighed more than she did, and carried it, huffing and puffing to the counter. Esther leant heavily against her walking stick as the woman spoke, ‘It’s a funny old picture. Is it from some children’s television programme?’

‘No, it’s a painting by Henri Rousseau.’

The elderly lady chuckled and began to unclip the metal clasps that held the cardboard back onto the frame. ‘Sorry dear, but I think this is just a print. Not a painting.’

Closing her eyes tightly, she flared her nostrils and took a deep breath. ‘I know, but the print is from a painting by Henri Rousseau.’

‘Never heard of him,’ the woman said and stared at the picture before her. She squinted and held it up, turning it left and right as though she could not make out what it was.

‘The colours are very garish. Not really my thing. Too cartooney for my taste. What kind of animal is it anyway? A giant kitten? Funny colour hair it’s got. Not sure about the teeth. Is it supposed to be some kind of circus act? Are they midgets riding it? All looks out of proportion.’

Esther stared into the woman’s watery eyes. ‘The lion’s mane is the colour of ripened wheat and it is smiling. Two children sit upon the animals back as it walks amongst long yellow grass. There is a moon and dove above their heads, and the sky is darkening. The girl’s untamed tresses fly out behind her in an imitation of the big cat’s shaggy hair. It is titled, ‘The Infants and The Lion’. It was my favourite painting as a child.’

I thought it was a good way to begin my story of an artist trying to find her inspiration after giving up.

Then there is people watching. I confess that I have used friends, family, and strangers as a basis for a character or two. Their quirky habits, use of words and how they react to problems and the drama of life, inevitably end up in a narrative. Memories of past loves and hates will emerge in a character, often without me being aware of it. When I do, I realise that I have the chance to re-enact moments of humiliation and sadness by rewriting what I should have said and done, so ridding myself of all those inner beasts that have haunted me for years.

This can be very cathartic and often produces charged, emotional passages that bring the narrative to life. But I don’t base characters on actual people very often, honest!

In part two, I look at how nature has, and still does inspire me.


If you enjoyed my short story extract, you might like to check out my books on Amazon:
https://www.amazon.co.uk/Nicola-McDonagh/e/B00D4NAH0S/

All images royalty/copyright free
at February 06, 2018 No comments: