It's good having you with us today, Brenda. 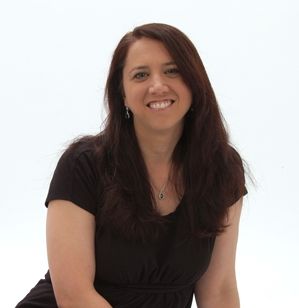 Brenda has always loved all things spooky and enjoys incorporating paranormal elements in her writing. She refuses to allow pesky human constraints to get in her way of telling the story. Luckily, the only thing limiting her stories is her own imagination. Her characters are strong, courageous, and she adores spending time with them in their imaginary world.

Her idea of a perfect day is one that is spent in front of her computer with a hot cup of coffee, her fingers flying over the keys to send her characters off on their latest adventures.

Brenda may be reached at the links below. Brenda's books are for mature audiences of 18+. 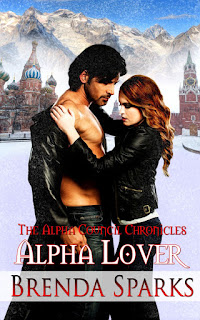 "Julie’s gaze swept the landscape. The moon’s rays glittered on the snowy bows. The birch trees stood with their trunks painted white to match their limbs. Thick pine branches held fast under the weight of the new fallen snow, making them appear as if they wore white blankets made of virginal cotton about each limb. Sparkling mounds cluttered the ground between the trees, hiding the forest’s treasures beneath.
Save the sound of the hooves pounding on the ground, they journeyed through the silent night to a clearing in the trees. Nicholai clicked to his stallion, and with a flick of the reins, the steed increased into a rolling canter up a steep incline. Julie’s thighs pushed against the sides of the horse as she tried to match the new rhythm.
Nicholai’s breath warmed her ear when he spoke. “Not too much further. It’s right up ahead.”
“What’s up ahead?” Just as the words left Julie’s mouth, they crested over the ridge.
The frozen valley below took her breath away. A glaciate waterfall stood still as a statue against the rocky terrain. The cascading water, stopped as if by magic, reflected the moon’s soft rays and cast tiny prisms on the snow below.
Julie’s breath hitched in her throat. She took in the serene beauty of the land as they cruised at a slow trot. Debris rolled under Kedar’s hoofs. It created a hollow rattle in the night, barely audible to Juliette.
When they reached the valley, Nicholai pulled up the stallion and handed the reins to Julie. She patted the horse’s steaming neck as her lover dismounted with a fluid grace. He turned, grabbed Kedar’s reins, then reached up for Julie. Her thick coat seemed to melt as his strong hands clasped around her waist. She put her hands on his shoulders, and the bulge of muscle under his coat played under her fingers when he helped her down. A thrill went through her body.
Her breath frosted the air in a white plume. The lovers held each other, his hands about her waist, hers resting on his shoulders. Quiet as the moon above, they stared deeply into each other’s eyes. Nicholai captured her lips in a gentle caress that welcomed her to this special place."