In the science fiction world, the 50s was a transitional era, when authors began incorporating social sciences in a hard science scenario. One of the most influential of these writers was Katherine MacLean.

Born in 1925 to Gordon MacLean, a chemical engineer, and Ruth (Crawford) MacLean in New Jersey, Katherine MacLean discovered her love of science and science fiction early. Reportedly by age eight she was already reading Edgar Rice Burroughs and H.G. Wells. A few years later, while on vacation, she found a stack of science fiction magazines. As she recalled, she "read it, and I put it back and started reading another. I read at great speed, and in about four hours, I had gone through a foot and a half of these magazines." 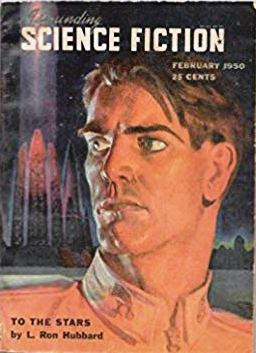 Though she loved science fiction, the practical realities of life led her to working in a variety of jobs. By the late 1940s, she was working as a technician in a food science laboratory. She began writing her own stories and submitted them to the science fiction magazines of the era. While working and writing, she earned a BA in Psychology from Barnard College in New York City in 1950 and a Masters in psychology from Goddard College in Plainfield, Vermont.
While her first story "Incommunicado" was sold to Astounding Science Fiction in 1947, it was three years before it was actually published. Editor Joseph Campbell's assistant, Cheney Stanton, bet Campbell that the story was actually written by a (male) engineer. According to the story, Campbell tracked down MacLean's father and when he denied writing the story, Campbell refused to publish it. Eventually the truth came out and it became her third story published, in June 1950. 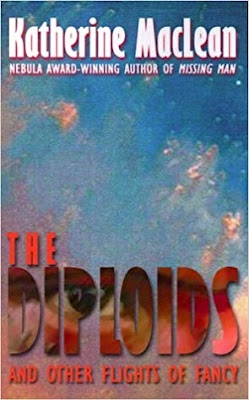 Though her stories were set in a hard science environment, MacLean explored the social sciences, biological and genetic concepts in her work. She was also interested in L. Ron Hubbard's Dianetics movement and added elements of it and psychotherapy into some of her stories. 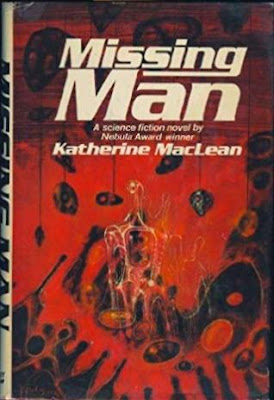 Her books included collections of her previously published stories, Diploid and Other Flights of Fancy (Avon 1962) and The Trouble with You Earth People (Donning/Starblaze 1980). Her first novel was Cosmic Checkpoint (1962), co-written with Charles V. De Vet. Her first solo novel was The Man in the Bird Cage (1971), followed by Missing Man* (1975) and Dark Wing (1979). Dark Wing, a dark dystopian YA, was co-written with her third husband, science fiction author Carl West. Her last novel Second Game, also co-written with De Vet, was published in 1981. Her final story "Kiss Me" was published in Analog in 1998. 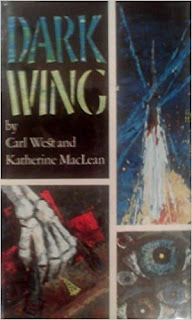 She was also named Special Author Emeritus by the Nebulas in 2003, and presented with the Cordwainer Smith Rediscovery Award in 2011.

Though she had stopped writing science fiction in the late 1990s, it was noted in the Scribner Writers series, Science Fiction Writers, second edition that “even after fifty years of science fiction writing, MacLean’s intelligence and wit remained as quirky and as keen as ever.”

MacLean called science fiction a teaching tool in a 2012 interview. She said, “…that’s what kids want. They want to learn to control their environment. That is why they read about pioneers and about fighters in wars. You want to be able to survive in all these situations, and you can’t work up to survive in them if you don’t know about them…it’s better that they should be reading science fiction about the future because that’s what they’re going to grow up into.”

*Note: I own a copy of Missing Man and HIGHLY recommend it to science fiction fans. I'm long overdue for a reread.

Check out the latest installment in Ruth deJauregui's Women in Science Fiction series on #OurAuthorGang!

I really enjoyed your article, Ruth. I'd never heard of the lady before; maybe she didn't make across the pond? Thanks for posting.

Fantastic article, Ruth! MacLean is an incredible writer and I've read a lot of her stuff. "The Missing Man" is a classic and I'm surprised Hollywood hasn't turned it into a film. I still have my Sci-Fi Book Club hardcover edition.
+
2
3
2
·
Reply

+Ruth de Jauregui -- you're welcome. Yes, she was!

Thank you so much! A fascinating body of work!

Today, Ruth de Jauregui introduces us to the life and works of Katherine MacLean. #OurAuthorGang
+
3
4
3
·
Reply

Thank you for sharing!!

Great piece, this is not a genre I usually read but it is fun learning about how authors came to write.
+
2
3
2
·
Reply

Thank you so much for sharing my little post on this amazing author!

My contribution to #OurAuthorGang today. I highly recommend this author - Missing Man is in my personal library!
+
1
2
1
·
Reply