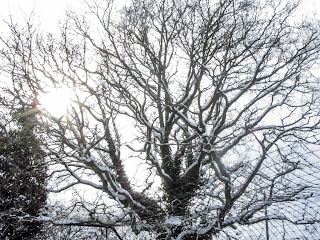 The weather has always fascinated me. Living in the UK, we seldom get weather fronts that do more than annoy us for a few days, so when we do have extreme conditions, it becomes a big deal. We love to talk about the weather.

As I write this we are experiencing the chilliest temperatures the UK has seen in many years. This unusual cold snap is causing havoc around the country. With Ireland having snow as thick as three foot and temperatures plummeting to -11ºC, my mind goes into overdrive with endless questions. How would we cope if this became the norm? What if this is the start of the new Ice Age? What would happen if the snow never melted?

What great prompts for exploring themes of survival, courage, fear, anger and philosophical debates on mankind’s ability to cope in the event of a catastrophic natural disaster. 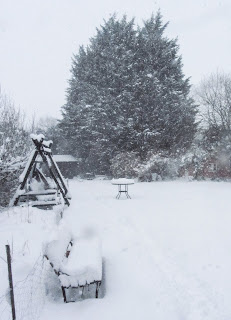 Or, maybe inspiration for something less dreadful?

Now, I love snow, my chickens don’t. Poor things have been sitting with one leg tucked under their feathers, making high-pitched whining sounds. We moved them to the summer house for protection against the raging winds and driving snow, but they hate to be kept indoors during daylight hours and wandered off to seek cover amongst the conifers, shivering. Maybe there is a haiku or a piece of flash fiction in there? 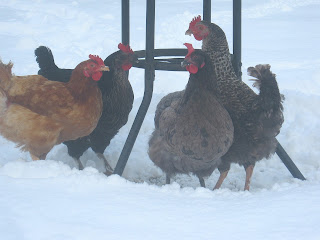 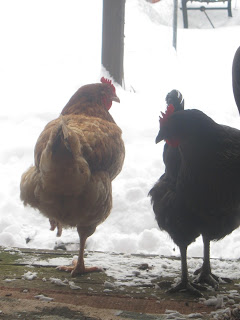 Using weather symbolically in fiction is a great device to set mood, atmosphere, emotion and even character development. Charles Dickens description of Scrooge in A Christmas Carol uses weather to great effect in helping the reader to understand how mean and nasty he is:

“External heat and cold had little influence on Scrooge. No warmth could warm, no wintry weather chill him. No wind that blew was bitterer than he, no falling snow was more intent upon its purpose, no pelting rain less open to entreaty. Foul weather didn’t know where to have him. The heaviest rain, and snow, and hail, and sleet, could boast of the advantage over him in only one respect. They often ‘came down’ handsomely, and Scrooge never did.”

Of course, we don’t want to start our book with ‘It was a dark and stormy night,’ but using meteorological conditions can give extra depth and colour to your narrative evoking an emotional response from your reader. For example, The Martian Chronicles by Ray Bradbury is a wonderful example of how to use weather to indicate trouble is on the way. The extreme weather conditions he describes in the start of his novel convey the threat of disruption and chaos that is to follow:

"One minute it was Ohio winter, with doors closed, windows locked, the panes blind with frost, icicles fringing every roof, children skiing on slopes, housewives lumbering like great black bears in their furs along the icy streets.

And then a long wave of warmth crossed the small town. A flooding sea of hot air; it seemed as if someone had left a bakery door open. The heat pulsed among the cottages and bushes and children. The icicles dropped, shattering, to melt. The doors flew open. The windows flew up. The children worked off their wool clothes. The housewives shed their bear disguises. The snow dissolved and showed last summer‘s ancient green lawns.

Rocket summer. The words passed among the people in the open, airing houses. Rocket summer.
The warm desert air changing the frost patterns on the windows, erasing the art work. The skis and sleds suddenly useless. The snow, falling from the cold sky upon the town, turned to a hot rain before it touched the ground.

Rocket summer. People leaned from their dripping porches and watched the reddening sky.

The rocket lay on the launching field, blowing out pink clouds of fire and oven heat. The rocket stood in the cold winter morning, making summer with every breath of its mighty exhausts."

In The Chronicles of Mayer, the prequel to my dystopian series The Song of Forgetfulness, I use extreme weather conditions throughout the novel. It is the main theme. An environmental catastrophe causes floods to engulf most of Europe, killing millions. How do the survivors cope with the brutality not only of Mother Nature but their fellow man? 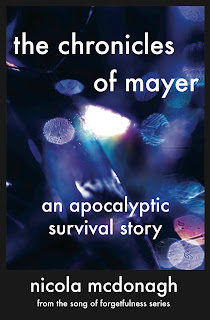 "Huddled inside the great doorway of what was once a department store, I watched as the rain poured down like the tears of Krishna.

The water did not drain away, instead, it bubbled up from the overloaded sewers spewing forth great globs of waste matter. Oh, the stench was vile. A sweet, sickly, rotten egg smell that caused my empty gut to contract. I spat out bile.

A small, pink object flowed by. I quickly turned my head. Too late. My eyes could not help but see the mutilated corpse of a baby. Another familiar lump floated past. An arm.

Next, half a human skull. Long black hair trailing from it got stuck between two metal parking meters. I gagged as the half-head swished back and forth between the poles."


So writers, don’t be afraid to use weather in your narratives, it can add to the complexity and richness of your prose. Have a nice day! 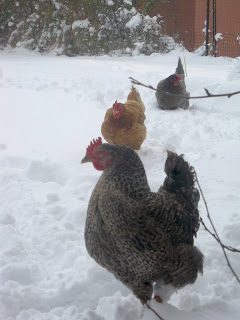 All photographs copyright of the author Nicola McDonagh