Is Kindle Scout Worth Considering?
by
Walter Rhein 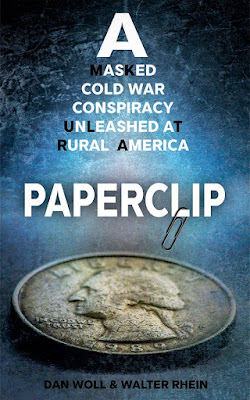 About a year and a half ago, my friend Dan Woll, who is the author of ‘North of Highway 8’ approached me with a manuscript.

“I’ve been working on this for years,” he said. “It needs a doctor. I tell you what, spend a year on it, and if you can make it go we’ll call it a co-authorship.”

I was a little skeptical because this sounded more like an editing job than a co-writing job, but I agreed to have a look at the manuscript. Dan is a great writer, and I’ve enjoyed many of his articles and novels throughout the years, so I was ready to get going. At that point, the manuscript had the working title ‘Fortune’s Fools’ and I quickly found myself hooked by the narrative. At the same time, I saw things that I could add to make the story go a little more smoothly, so I started re-writing chapters and adding scenes. I sent these off to Dan and he approved of my comments, so pretty soon a partnership was born.

I did my first re-writes before completely reading the novel.

“How are you doing this?” Dan asked. “If you don’t know how the novel ends, how is it possible you can make these effective changes?”

“I’m working off the cues you put in, based on those, I can guess where the book has to go.”

All was going well until I hit the last third of the novel and the book took a ‘Huckleberry Finn’ like turn.

“Like I said,” Dan replied, “I asked for help because I thought the book needed it. Do what you think is right.”

So I rewrote the last third of the book, plucking paragraphs from Dan’s original manuscript whenever I could. Then I went back and started over from the beginning, writing new chapters as necessary. By the time the dust had settled, I knew I had written about half of the manuscript and felt I’d earned the co-authorship.

Dan sent the book around to some friends and got some really nice feedback from one associate who is a Hollywood agent (no movie deal unfortunately). We were encouraged that we had a viable novel, but the submission process is always a ten year “wait and see.” Dan has been working on this novel longer than I have, and we’re both ready to have it birthed to the world and accessible to the hands of readers. Neither of us was particularly interested in going through a lengthy submission/waiting process.

“What about Kindle Scout?” I suggested finally.

Kindle Scout is Amazon’s publishing program. Novels are submitted and evaluated and those that are chosen receive a $1500 advance and access to Amazon’s promotions program.

When I started doing research on Kindle Scout, I found an article by a very pompous “writer” who spoke of the program in a derogatory manner. To paraphrase, he said, “wannabe authors essentially self-publish and then think they’re ‘real writers’ because they get the $1500 advance.” Unfortunately, this type of attitude is prevalent in today’s literary culture, but what it fails to understand is that Amazon basically controls modern publishing. How can it be harmful to have your work promoted by Amazon? Also, I’ve never been one to sniff my nose at any kind of advance. To dismiss anyone as not a “real writer” when they are getting advances for their manuscripts is entitled lunacy at the highest level. Perhaps this criticism came from an author who failed in his own pursuit at a Kindle Scout contract.

The downside of Kindle Scout is that you have to supply an edited manuscript, and you have to provide a cover. It’s a pretty fair criticism to say that these are normally required from the publisher, and authors can go to great expense to get their work in publishable shape. However, Dan and I have worked with other publishers on multiple projects, and we were able to create a very attractive package at almost no-expense (I did the cover myself).

Once you have a book ready, you submit it to Kindle Scout, and this is where things become tricky. There is no fee to submit, and once our book went live I started receiving emails from other writers who follow the Kindle Scout trending board. At the very least, dabbling in Kindle Scout drove some people to my web page and Amazon author profile.

Our book made the “hot” list in the first few hours, and at this point I started getting messages from people telling me how critical it was for the book to stay on that list for the full 30 day evaluation. The book qualifies as “hot” if it receives multiple nominations. To read about that process (and to nominate our book) click here. However, just because your book remains on the hot list doesn’t guarantee it will be accepted for publication. At the end of the book’s campaign, the manuscript will be evaluated by the folks over at Amazon before a decision is made on whether or not a contract is offered.

As I write this, we’re two days into our campaign, and I’m already somewhat bored with keeping my book on the hot list. I know it’s a strong product and the social media manipulation part of this process is kind of irritating. It will be kind of interesting to watch this play out, but you should go into any publishing endeavor with the assumption that your book isn’t going to be picked.

If our novel is accepted to Kindle Scout, I’ll be happy. If not, I’ll find some other place for it. To some extent, a social media campaign for a novel prior to publication makes a lot of sense. My only hang up is the uncertainty of publication. What’s the point in making all the effort, if a massive campaign doesn’t guarantee success? For now though, I’m happy to have a polished manuscript and a good cover. I’ll check back in at the end of the campaign, and let you know how it worked out. In the meantime, please share this article. If you have an amazon account, please help out my book with a nomination. Thanks!

About the Author:
Walter Rhein maintains a blog about Peru at StreetsOfLima.com, and contributes regularly to Silent Sports Magazine. His novels The Reader of Acheron and Reckless Traveler were published with Perseid Press. His novel, Beyond Birkie Fever, was originally published by Rhemalda Press. He can be reached for questions or comments at: WalterRhein@gmail.com.