Today, I want to talk about a rumor spread on the internet. There's been some articles claiming that the famed English author Virginia Woolf (1882-1941) wrote science fiction under the pen name of E.V. Odle. While Woolf was a prolific author, the claims of writing as E.V. Odle are simply not true. 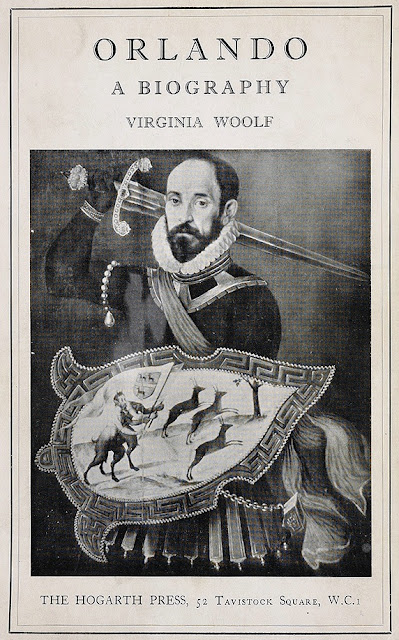 Woolf's closest brush with science fiction was her novel Orlando: A Biography, which featured a young nobleman who lived for three centuries. In addition to the unusual premise of his long life, Orlando also changes sex in the novel, from man to woman, at about age 30. The novel encompassed feminism, gender, literary history and unconventional lifestyles.

A commercial success, Orlando has been analyzed by many, from popular magazines to scholarly tomes. Yet the inspiration for the novel was clearly stated in Woolf's diary on October 5, 1926, "And instantly the usual exciting devices enter my mind: a biography beginning in the year 1500 and continuing to the present day, called Orlando: Vita; only with a change about from one sex to the other."

Woolf and author Vita Sackville-West met through the Bloomsbury Group of English writers in 1922. The long relationship, began as romantic and sexual and evolved into friendship by the 1930s. Sackville-West was very supportive of Woolf and encouraged her to have confidence in herself, to write and rest instead of wearing herself out with physical activities.

Sackville-West's son, Nigel Nicolson, wrote: "The effect of Vita on Virginia is all contained in Orlando, the longest and most charming love letter in literature, in which she explores Vita, weaves her in and out of the centuries, tosses her from one sex to the other, plays with her, dresses her in furs, lace and emeralds, teases her, flirts with her, drops a veil of mist around her."

According to some sources, the two women remained friends until Woolf's suicide in 1941. Other sources, however, indicate that their friendship ended in 1935 over politics and the looming Second World War. 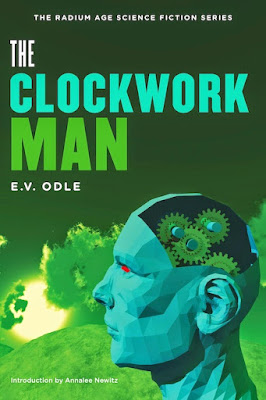 Meanwhile, the true E.V. Odle (1890-1942) was an English editor and author, the first editor of British Argosy Magazine between 1926 and 1935. He published The Clockwork Man (1923), the first novel of a cyborg. The clockwork device in the protagonist's body allows him to travel from 8000 CE to the present, where he plays cricket and describes his experiences in a machine-regulated future.

Odle's known works also  include a short fantasy "The Curse upon Isaac Knockabout" (April 1923 Gaiety) and a second novel, Juggernaut, which was reportedly published as an ebook in 2016.

Wow, Ruth - this is fascinating. I know very little about Virginia Woolf (I know, my bad), never heard this story and I am not familiar with Odle at all. Fascinating! as Mr Spock would say.
+
1
2
1
·
Reply

Today on #OurAuthorGang, Ruth de Jauregui sets the record straight on whether or not Virginia Woolf ever wrote science fiction under a pseudonym.
+
1
2
1
·
Reply

My contribution to #OurAuthorGang today. Setting a rumor at rest while sharing Virginia Woolf's foray into fantasy.
+
1
2
1
·
Reply

Virginia Woolf was a complex and fascinating woman. I'd really put Orlando on the side of fantasy rather than science fiction. EV Odle's book is certainly worthy on its own merits.
+
1
2
1
·
Reply

Thank you! It didn't take but a few minutes and a google search to find the truth. I'm glad I was able to put it to rest!

I'd never heard of E.V. Odle before but looking back, I do recall reading something about The Clockwork Man. Clearly, by feeble brain failed to register the link. Alas, the web is full of misleading information, but even I know that Virginia Woolf did not write Science Fiction. Thank you for posting such an interesting post, Ruth.
+
2
3
2

Thank you for sharing! Yes, a little research set that rumor to rest, but SMH, most people don't bother to look anything up. And Orlando looks fascinating!

An interesting facet of writing I didn't know about Virginia Woolf.
+
3
4
3
·
Reply

Ruth de Jauregui
3 days ago
+
1
2
1
it's an interesting story. Thank you for sharing!