Kate Wilhelm – A Powerful Voice in Science Fiction and Mysteries 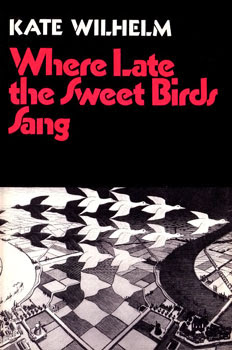 To be honest, until the passing of Kate Wilhelm on March 8, I didn't know she wrote mysteries. I was only familiar with her science fiction, particularly the amazing post-apocalyptic Where the Sweet Birds Sang (1977).

Wilhelm said herself that she was a housewife with two children and, while reading an anthology, she told herself, "I can do that." And so she did. More than 50 science fiction novels and 30 mysteries followed her first story, "The Pint-Sized Genie," published in Fantastic magazine. Her first novel was More Bitter Than Death (1963), a mystery, followed by her first science fiction novel The Clone (1965).

Wilhelm was a Nebula, Locus and Hugo Award winner. Her last work was published last year, Mirror Mirror was the latest in her Barbara Holloway mystery series.

She and her second husband, author and editor Damon Knight, founded the Clarion Science Fiction and Fantasy Writers' Workshop. They also continued Knight's annual Milford Writers' Conference, where many now-famous authors interacted with their peers in a weeklong residential workshop and writers' conference. 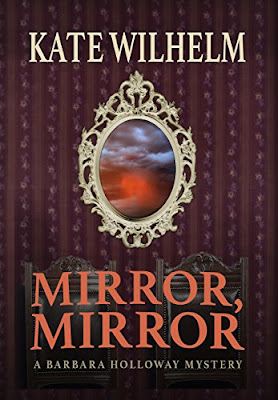 Now that I know she also wrote mysteries, my "I have GOT to get that book" list just grew dramatically. If you haven't read Where Late the Sweet Birds Sang, I highly recommend that you check it out. And when you're done, reflect on the genius of Wilhelm, one of the few women to write under their own names in the 60s, and her foreshadowing of today's ecological and climate changes. Trust me, you won't be disappointed.