The Cloak of Invisibility #OurAuthorGang

I love to write science fiction. It is a genre where you can really let your imagination fly. From creating futuristic or other worlds where anything can happen, to inventing all kinds of amazing gadgets that can do incredible things. Like flying cars, characters with super human powers, clothes that make you invincible, and or, invisible, to name but a few. None of this exists but wouldn't it be fabulous if it did?

Well, technology is quickly catching up with the wacky notions that spring from authors of sci-fi and fantasy. One such incredible idea is the cloak of invisibility. A thing of myth and legend, it has fascinated writers for centuries. Rightly so, for it allows the wearer the freedom to come and go undetected. A powerful tool indeed. Armies who possessed this robe could easily defeat their enemy by stealth and surprise attacks. For us ordinary folk the idea of not being seen is tempting. Imagine being able to listen in on conversations that you would normally not be privy to, or walk anywhere you wanted? You'd never have to pay to go to the cinema, or your favourite concert, sports event, ah, the list is endless.

The idea of an invisibility cloak has been around for thousands of years, sorry J.K. Rowling, but you weren't the first author to come up the notion. Folklore and fairy tales such as Culhwch and Olwen, a Welsh prose tale from 12th Century about a hero who is connected to the legenary King Aurthur, has a 'Mantle of Invisibility'. The Brothers Grimm have one in The Twelve Dancing Princessess, and in Wagner's opera DAs Rheingold, Alberich dons, Tarnkappe, and disappears. 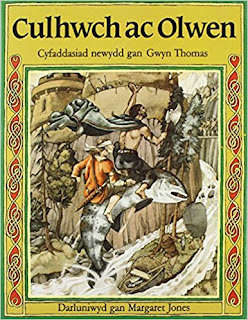 Today, scientist have created a material that can render the wearer invisible. Inspired by nature from animals such as cuttlefish, octopus, and squid, this cloth can change colour so that it appears invisible when it matches the hue of its surroundings, "...by using dielectric elastomers, stretchy polymers that expand when hit with an electrical current. To mimic the squid's colour-changing muscles.' 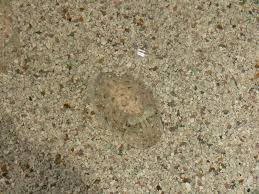 Known as biomimicry, it has potential for military and everyday usage. As suggested in a 2012 article by the BBC: "This could help us create a whole host of new technologies, ranging from active camouflage and clothes that change colour and pattern, to a smart second-skin that can cool you when you are hot and keep you warm when you are cold."

A Canadian company, Hyperstealth, has produced a camouflage material that can hide people as well as objects. It already issues uniforms and coverings for military vehicles.

"Quantum Stealth is a material that renders the target completely invisible by bending light waves around the target. The material removes not only your visual, infrared (night vision) and thermal signatures but also the targets shadow."

You can see the material in action via CNN YouTube video:
https://youtu.be/Rqi3jpBSyCc

Needless to say, I have used this idea in my work. Here is a snippet from A Silence Heard,  book 3 in the Song of Forgetfulness series:

The moon shone bright. A shock-faced ball in the black sky that looked down on the three of us as if to shout, "Prevail. Stand steady." The wind whipped around our feet and legs and a swirl of ash and dry earth spiralled up before us. I coughed and spat out the filthy soil that bore the taste of Agro boot.
And through the cloud of churned up dirt came the sound of Agro army.
"Where are they? Where?" Brennu said and blinked.
"In front of us."
"Wa? But, Adara, I see nowt. Is it magic they use?"
There was a ripple in the landscape before us.
Four figures appeared and walked steadily up the gravel path that led straight to where we stood. They halted. Behind them, the scenery shivered.
I stared all in wonder as shimmering into view came row after row of Agro soldiers dressed in the same black shirt and troos. They wore black peaked hats and below the brim identical round black-eyed faces looked out. In each cloned hand was a black stick-like weapon.
They stood still as a forest.
A blast of dusty wind hit my face and I shuddered.

For more information about the series please go to: http://www.thesongofforgetfulness.com/
Hyperstealth are hesitant to reveal exactly how their wonder fabric works, but perhaps one day we will be able to purchase it and make our very own invisible cloak.

All images are copyright free.