Famous Romantic Couples of the 1990's by Grace Augustine #OurAuthorGang 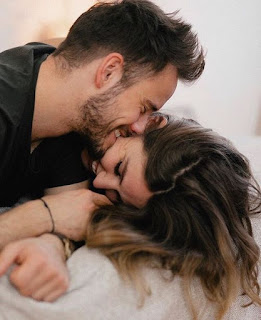 Looking back in time, it's hard to believe 1990 was 28 years ago! These couples are still together, and in this day and age, that is a miracle! Today we look at 5 couples that beat the odds. 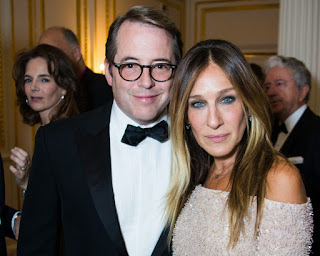 Multi-award winning actor, Matthew Broderick, is best known for his many roles on Broadway and late night television interviews. He was introduced to Sarah Jessica Parker (Sex and the City) through her brother, Tim. The couple married on May 19, 1997. Both are still very active in movie and television. They have 3 children. 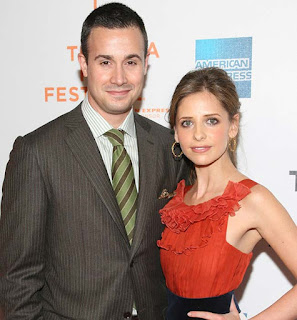 Sarah Michelle Gellar received widespread recognition of her role as Buffy Summers on the WB hit BUFFY THE VAMPIRE SLAYER. She met her husband, Freddie Prinze, Jr. on the set of the horror flick I KNOW WHAT YOU DID LAST SUMMER. Gellar and Prinze were married in Mexico on September 1, 2002. The couple has 2 children. 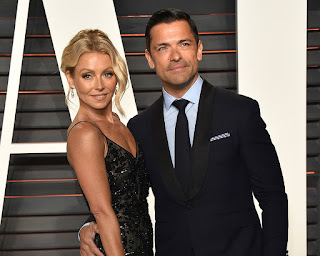 In 1995, Kelly Ripa and Mark Consuelos met on the set of the daytime soap opera, ALL MY CHILDREN. They eloped May 1, 1996. Kelly is one of the morning hosts of Live with Kelly and Ryan (Seacrest) and her husband continues his acting career. The couple have 3 children. 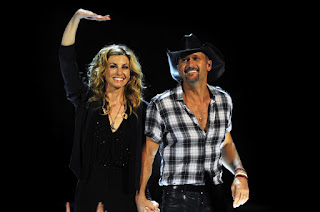 Country Superstars, Faith Hill andTim McGraw, met in 1994 at a music festival in Nashville. At the time, Faith had  just divorced and Tim was dating another. In 1996 the duo hit the road to perform in the Spontaneous Combustion tour, and for them, it was just that. The couple married on October 6, 1996. They have 3 daughters. Tim often jokes with four women in the house he seldom has a say in much of anything. 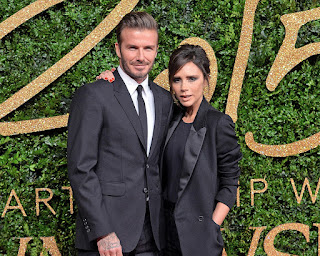 The story of David Beckham and Victoria Adams (aka Posh Spice from the Spice Girls) is as unique as they are. David penned in his autobiography "My wife picked me out of a soccer sticker book. And I chose her off the telly. It felt straight away like we'd always been meant to be together." July 4, 1999 the couple were married by the Bishop of Cork at Luttrellstown Castle in Ireland. They have 4 children. 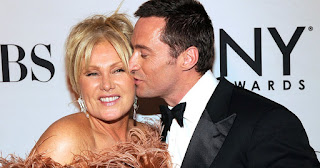 Deborah Lee-Furness and Hugh Jackman met on the set of an Australian television program, CORELLI, in 1995. During an interview with People Magazine, Jackman states "One of the great pieces of fortune in my career, it started late, but that Deb and I were already set together, a team, madly in love, like literally before it all happened." Jackman and Lee-Furness tied the knot on April 11, 1996 at St. John's in Toorak, Victoria, a suburb of Melbourne, Australia. They have 2 children. 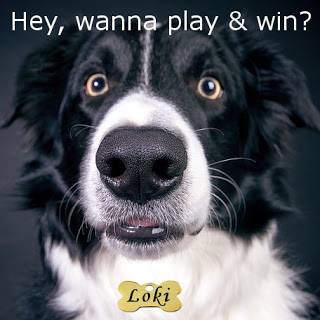 What another lovely post Grace. Time flies all too quickly and it’s nice to see these couples so very much in love.
+
1
2
1
·
Reply

Today's post by Grace Augustine​ is all about fun and love. Take a peek at the famous couples still making it work. #OurAuthorGang
+
2
3
2
·
Reply

I love this stuff! I often find myself surfing the internet about the stars lives. Thanks, Grace. This was fun.
+
2
3
2
·
Reply

Grace Augustine​ brings us some of the famous couples with long-term relationships as the finale to her wonderful series. Thank you, Grace!
+
1
2
1
·
Reply

What a wonderful finale to your series on couples! Thank you Grace!!
+
2
3
2
·
Reply

Great to see more celebs in long-term relationships. Nice post Grace. My husband and I have been together since 1985 and we know how hard staying together can be.
+
2
3
2
·
Reply

So inspiring to see couples who hold their marriages together in spite of the fame especially when my husband and I are coming up on celebrating 40 years of marriage on July 8. It's a real testament to the institution and the people who make it work.
+
2
3
2
·
Reply

It's amazing how some of these couples have had their ups and downs in the hollywood spotlight but still manage to keep their relationships together. Great post.
+
2
3
2
·
Reply

This series is awesome Grace! I respect the entertainers who stay out of the spotlight and live normal lives. I had no Idea who Sarah Michelle Gellar's husband is and they have two children. Thanks for these posts :)
+
2
3
2
·
Reply

Another good one grace! I love romance. It's so hard to stay together for long when Hollywood and the paparazzi are everywhere let alone the high demands from A listers. Love all of these couples.
+
2
3
2
·
Reply

Today is the end of my series on Famous Romantic couples.It's been fun to look through history and spotlight those I felt most notable.
+
1
2
1
·
Reply

Thank you so much, Mary Anne. It's been fun looking at these famous couples around the world.
at July 02, 2018 No comments: