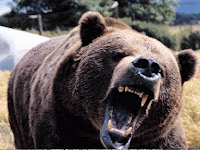 When I was a teen and still learning my craft, I bought this book by Stan Lee of Marvel Comics fame, Bring on the Bad Guys. The book highlights some of the baddest villains Marvel ever created, the point being that you can’t have a story without a protagonist. In fantasy novels, like the ones I write, that includes monsters.

Even now as I revise the next book in the Aglaril Cycle, I am considering different opponents for the heroes to fight because without them the story seems flat or to be easy for them. The heroes need to struggle like Hercules at his labors so that the reader says “Wow! look at all they had to overcome and they still succeeded.”

A word of caution here, it is possible to go too far. You don’t want a slugfest where all the heroes do is fight monsters and villains from the start of the story to the end. You need to balance it. How do you know you have the right mix? You test read the story. You can also see where the story slows down. That might be a good place to add something.

In Book 6 of the Aglaril Cycle, I found several places where I skipped over several hours with the vague sentence akin to: “They continued on their journey for the next several hours and stopped to eat at noon.” That’s a red flag to fill least part of the morning with a monster or some other encounter that will prevent the reader from dozing off.

Remember you need to keep your readers engaged or they will go elsewhere. You don’t want that. So don’t forget the villains or the monsters.
at January 19, 2018 No comments: