I Am a Woman

Power Play in a Woman’s World

The Alpha, Omega and the Beta
~ Lorraine Carey 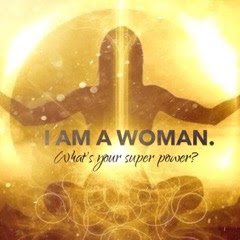 In a world of what we’d call ‘Power Women’ today, one may be quick to identify herself with one of these labels and understanding what role she has in society. Many believe we cannot move out of that trait but as we grow and develop we do indeed change, physically and emotionally. It is possible to identify with another trait.

So with that, let’s explore some of the common traits of each type:

Yes, the Alpha woman loves the spotlight—and she has earned it.  She’s the born leader and women gravitate toward her.  She never settles, be it work, love or play. She’s always up for the game—and most of the time she is the game. She is very selective when choosing a mate and even friendships. She gets a high from accomplishments and winning. It feeds her core only enticing her to power up.

It’s not easy being an Alpha. The goals one set are so high that sometimes they are impossible to reach. When an Alpha falls—she falls big time, but she picks herself up and gets right back in the game.

If you find yourself to be more sensitive to other’s feelings, you may be an Omega. Most empaths and sensitives fall into this category. The Omega woman will be much happier to spend a night at home reading or thinking up brilliant ideas than out at a crowded social gathering. She is a constant giver and will put others first, sacrificing her own needs. Energy Vampires will seek her out—they sense the vulnerability. It is a known fact that the Alpha Male is drawn to this very type of woman. Giving off so much of her energy she often is left emotionally weak and physically drained. You will find teachers, nurses and those in caretaker roles fall into this category.
With that being said—I myself fall into this category.

Beta women long to be Alphas but simply can’t see themselves filling that role. She talks herself out of Alpha women roles and playing up the defense.  Trying to keep up and afloat seems to be the routine. She may be high strung and stressed. Some do not see what she sees in herself and at times others assume she appears on the aggressive side. The Beta woman has all the traits of an Alpha but lacks the confidence to reach and maintain the high level an Alpha functions at. She knows how to play rough and doesn’t take the bullshit others dish out. She is possessive of the things she’s worked so hard to achieve.

No matter which type you identify with, there is power in each trait. I don’t think we need to let labels define us and we are capable of attaining what we want at different times of our lives.

~ I do tend to mix these traits with most of my female lead characters. I have also taken a Beta and transformed her into an Omega in my Women of the Willow Wood Series. That’s how we create a round character versus a flat one.

You can find my books here on Amazon~
https://www.amazon.com/Lorraine-Carey/e/B00ELQBUHQ/