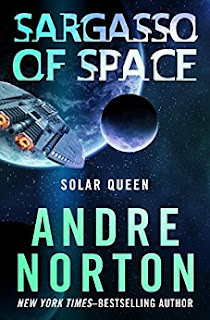 While there are many wonderful women writers in speculative fiction, the Grande Dames remain the classic science fiction writers Andre Norton and Octavia Butler. Both, sadly, have left the building, but their wildly imaginative worlds remain for us to read and reread.

Norton had been a huge influence on my reading and writing. Honestly, I can't remember which book I read first, I just know I was hooked from day one. Today her books would be considered YA, and what a great start for any reader! 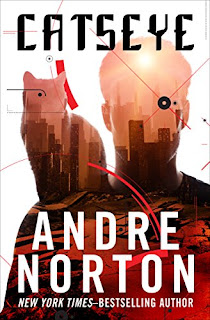 Norton wrote wonderful coming of age stories of intrepid characters, including Dane Thorson as he blasts off into adventure on the Solar Queen; Troy Horan, who escapes the slum of the Dipple with his enhanced animal companions; Murdoc Jern, whose life spins into chaos when his mentor is killed and he meets the mutant alien Eet; and Simsa, who was unique amid the inhabitants of the Burrows and found her truths in the unknown ruins hidden in the wastelands of her world. In addition, Norton's Witch World series is the archetype of the modern fantasy novel. 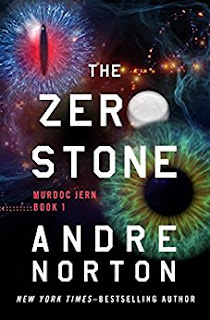 When Norton began writing science fiction, the science fiction magazines were considered trashy. The field was dominated by men, so Norton used pen names Andre Norton and Andrew North. (Though among her favorite authors were Leigh Brackett and C.L. Moore.)

The publishing business changed dramatically during her career. Once writers took a smaller advance and received royalties for years. Later, books were barely on the shelves before they were remaindered and new books took their place, which pretty much devastated the mid-list market.

In a 1996 interview with John L. Coker III for Tangent Magazine, she said, "Getting published depends a great deal on luck. It involves getting the right type of book to the right editor at the right time. I lost out on sales twice because they had already bought a book on the same subject. It also depends on networking. When one hears that a company is interested in certain kind of books, you can try your book out there, since since you know that the editor would read it. If you offered it to an editor who was not in favor of that type of book, no matter how well it was written, it wouldn't go. They don't bring out books just because they are well written, it's all about how much money they can make."

She also foresaw today's market, saying, "A good way to start these days, if you want to sell, is to write in the Young Adult field. It's not as crowded. I also think that the small press today provides a chance for writers to get started." 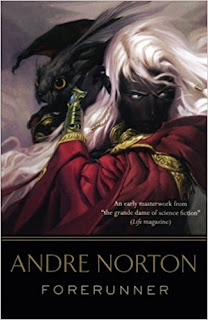 I would tell any new author that's focused on the speculative fiction market to read Norton's works (not the ones written with other authors – stick to her earlier works) and peruse the estate-authorized website, Andre Norton Books. Fortunately, some of her books that are out of print are available as ebooks or bindups through Baen.

In addition, yes, go ahead and submit to Tor, Baen and other publishers, but if you can't get a foot in the door, hire an editor, formatter and a cover designer and go indie.

Next time, I'm going to focus on the other Grande Dame of Science Fiction, Octavia Butler.